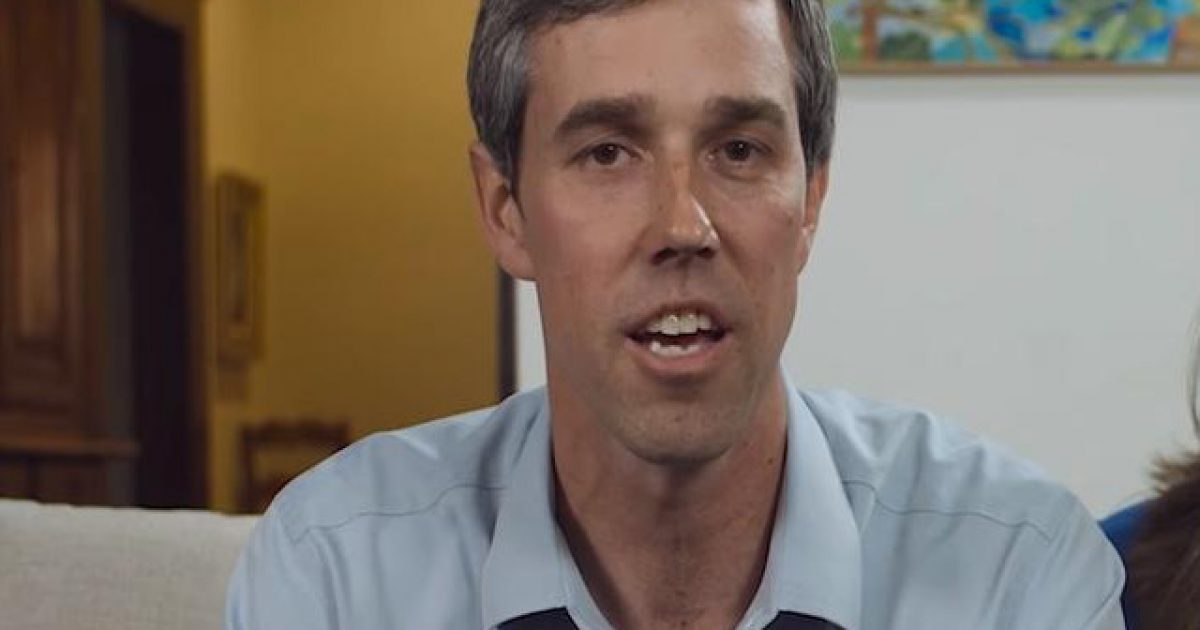 In a move that should, if the left were consistent, spell the end of his political aspirations, Democratic presidential candidate Beto O’Rourke revealed that both he and his wife are descendants of slave owners.

Yes, a consistent application of the beliefs of the modern-day progressive should see Beto dropping from the race and spending the rest of his life attempting to atone for the sins of his ancestors.

Probably not going to actually happen though. You know, because hypocrisy or something.

The failed Texas Senate candidate, who is losing ground in the presidential race, made the revelation in a Medium post, saying that he was recently given documents that revealed his family’s past.

“Records also showed that Amy had an ancestor who owned slaves and another who was a member of the Confederate Army,” O’Rourke added.

O’Rourke’s claim comes after the media last week tried to tie Senate Majority Leader Mitch McConnell’s opposition to reparations to the fact that his great-great-grandfathers owned slaves. When the media tried to push that narrative they were met with the fact that former President Barack Obama’s ancestors were slave owners.

Sen. Kamala Harris’ ancestors also owned slaves. So where is all of the classic liberal outrage over these folks having this sort of bloodline? Surely they would have no problem striking at these kind of folks if they were Republican, so what gives?

Oh. That’s right. You get a free pass these days if you have the right ideology. It’s okay to say and do heinous things so long as you hate Trump and support the murder of unborn babies in the womb.