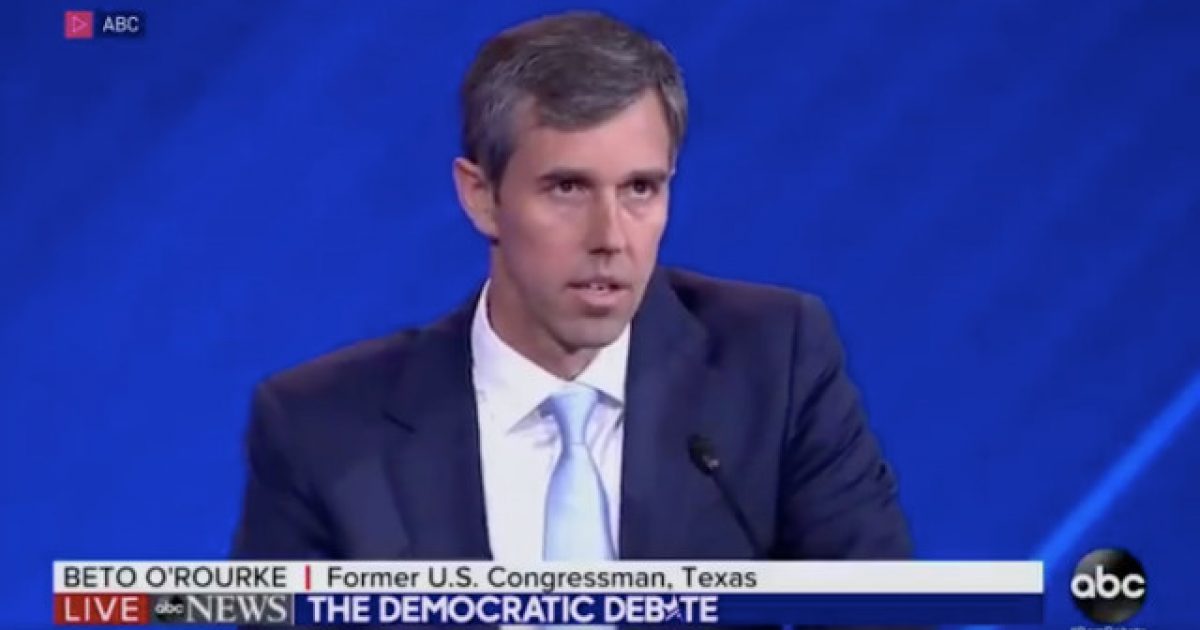 You can always tell when a struggling Democratic presidential candidate is desperate to try and garner some attention and whip up some support for their failing campaign, because they usually start trying too hard to look hardcore by labeling President Trump a racist.

It’s the go-to move for a politician who really needs to get some press, which they hope will turn into support that will boost their poll numbers.

Former Texas congressman Beto O’Rourke, who is the pure definition of “struggling,” decided to change up his website and refer to Trump as a “white supremacist,” obviously hoping this would appeal to base Democratic voters.

Just hang it up, Beto.

But as the debate wore on, pundits on the Twittersphere discovered that O’Rourke’s campaign website had also been updated for debate night.

Indeed, the landing page shows (as of this writing) a red and black picture of President Donald Trump with a caption that reads, “The president of the United States of America is a white supremacist.”

“Here’s proof,” the site says, citing dozens of “examples.” The first was reportedly pulled from the El Paso Times, and reads, “Trump falsely claimed that El Paso, one of America’s safest cities, had ‘extremely high rates of violent crime’ before fences were built.”

Once again, this is nothing more than an attempt by a failing candidate to try and get his numbers boosted up.

There’s nothing more pathetic than watching O’Rourke try to act edgy and tough, like when he said, “Hell yes, we’re going to take your AR-15,” during the latest debate.

Unfortunately, it doesn’t seem the man understands that no one wants him to be president, therefore, he refuses to quit and save us all the misery and pain of watching him implode on the campaign trail.

Nancy Pelosi Blows Her Top With Reporters; Storms Off Briefing