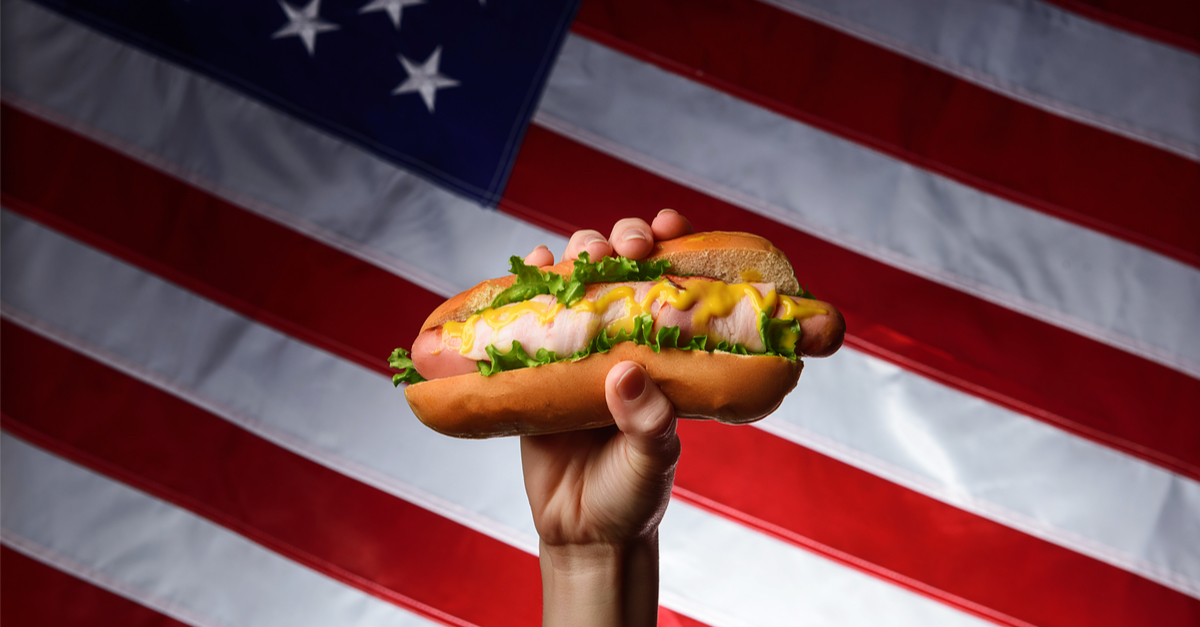 Over the course of the next several days, the summer air will be filled with the smell of thousands of grills cooking tens of thousands of hot dogs, the crisp “psshhh” of cold beers being opened, and the booming blast of fireworks echoing through the night sky.

It’s Independence Day weekend in America, and We The People are about to get after it.

The White House this week tried to interject their agenda into the celebrations, claiming that this year’s celebratory cookouts were going to be a whole lot cheaper than they were last year – an apparent dig at the Trump administration.

Planning a cookout this year? Ketchup on the news. According to the Farm Bureau, the cost of a 4th of July BBQ is down from last year. It’s a fact you must-hear(d). Hot dog, the Biden economic plan is working. And that’s something we can all relish. pic.twitter.com/7h9qLauIbC

But the Biden team’s claims were soon being gobbled up and spit out by those who saw a glaring problem with this attempted victory lap.

Rep Elise Stefanik, R-N.Y., responded to the tweet by questioning if anyone in the Biden administration has been to a gas station recently.

And, to add insult to injury:

The U.S. Department of Agriculture’s Economic Research Service found that this year, food-at-home prices have ticked upward by 1.4 percent. The report said the fresh fruits category “has had the largest relative price increase (4.8 percent) and the fresh vegetables category the smallest (0.3 percent). No 2021 price categories decreased compared to 2020 prices.”

It didn’t take long for reality to rain on the Biden administration’s picnic, it seems.
Facebook Twitter Gab
Related Topics:Featured
Up Next