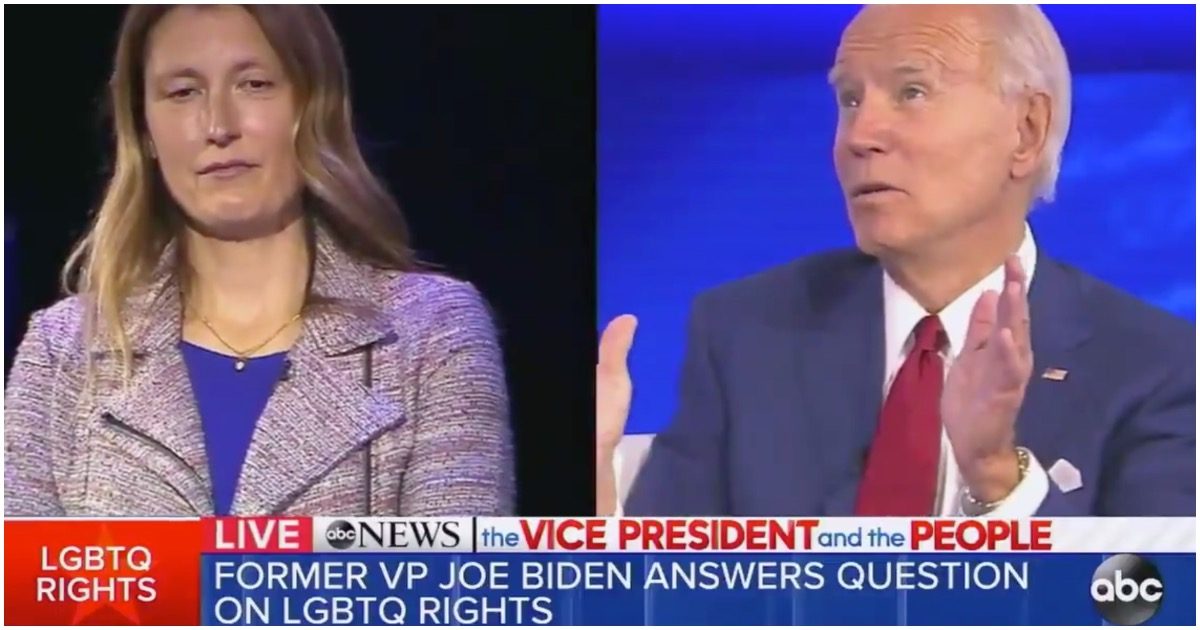 If you watched President Trump’s Thursday night town hall on NBC, you probably noticed that POTUS was pretty much debating host Savannah Guthrie. If you tuned in to ABC’s town hall with Joe Biden, you saw the former VP field softball questions and get away with whatever he wanted.

Both of those outcomes should’ve been expected, though. That’s how things work in 2020.

Check out Biden’s response to this question on transgender kids.

The idea that an 8 year old child or a 10 year old decides "You know I wanna be transgender," should be zero discrimination.

Parents—Joe Biden & the Dems’ radical stance on young children deciding upon gender transition will come at the expense of your care and authority as parents. Under the Equality Act & a packed SCOTUS, you can kiss parental rights goodbye. https://t.co/96hrpWuAyY

Taylor Swift remained silent on politics until the leftist mob told her to speak out. Naturally, she sides with them on every single issue.

After learning that the 2020 Census only features two gender options (male and female), Swift was heated.

You know, because there are “at least three” genders – ain’t that right, Joe Biden?

Pop star and left-wing political activist Taylor Swift said Friday that she found the two gender options on the U.S. Census “so upsetting,” maintaining that it was an “erasure” of “transgender” and “nonbinary” people.

Swift made the comments during a Stonewall Day livestream while applauding the recent Supreme Court ruling regarding transgenderism and Title VII.

She noted, “[We took] a really good step forward with the Supreme Court ruling, but we still have so far to go with the LGBTQ community.“

Confirmed: Scully Admits to Lying About Twitter Hack, Instantly Gets Suspended From C-Span