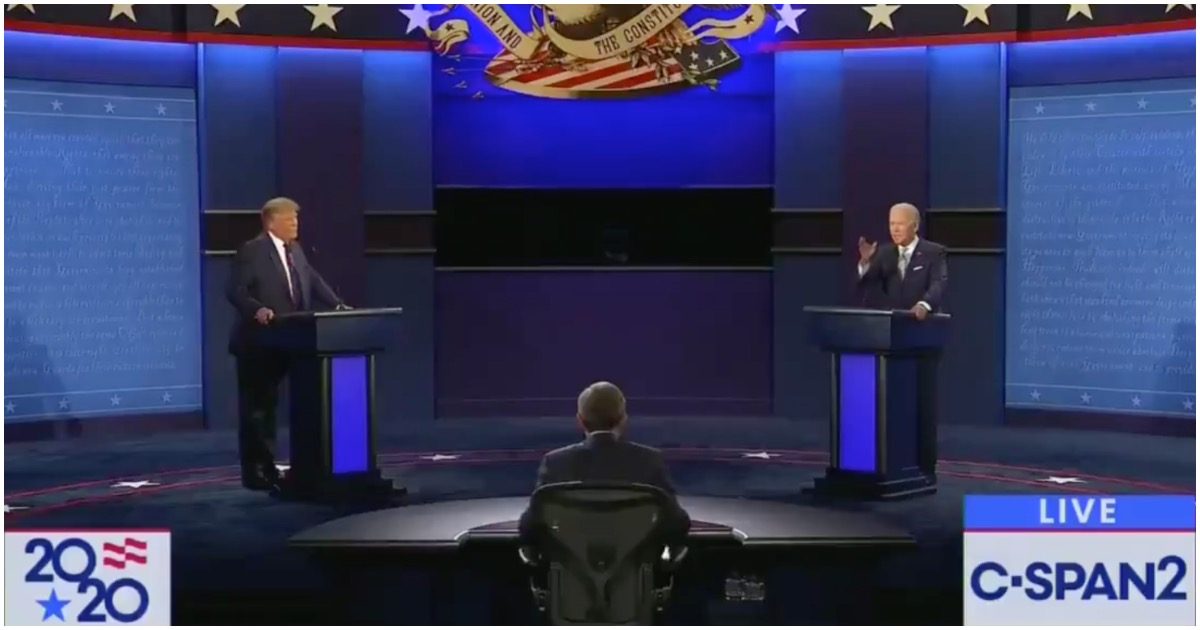 Joe Biden doesn’t have the temperament to be commander-in-chief. You can tell when he’s about to explode on a person with whom he’s speaking, and it happens far too often.

At Tuesday night’s first presidential debate, Joe referred to President Trump as a “clown” at least twice. He even called him a racist, based on nothing.

At the end of the day, moderator Chris Wallace ended up getting hit pretty hard.

Democratic nominee Joe Biden lashed out at President Donald Trump during Tuesday night’s first 2020 presidential debate, telling POTUS to “shut up” and calling him a “clown” and a “racist.”

Ironically, Biden also chided Trump for not being “presidential” in the same breath he told the president to “shut up.”

Biden refuses to answer if he will pack the Supreme Court if elected: "I'm not gonna answer the question…"

"Will you shut up, man?" pic.twitter.com/eocJwy3t5I

Here are some reactions to Wallace’s performance…

Chris Wallace is now reading Biden's energy plan back to him to remind Biden what's in his plan.

I have never, never seen anything like this from a moderator.