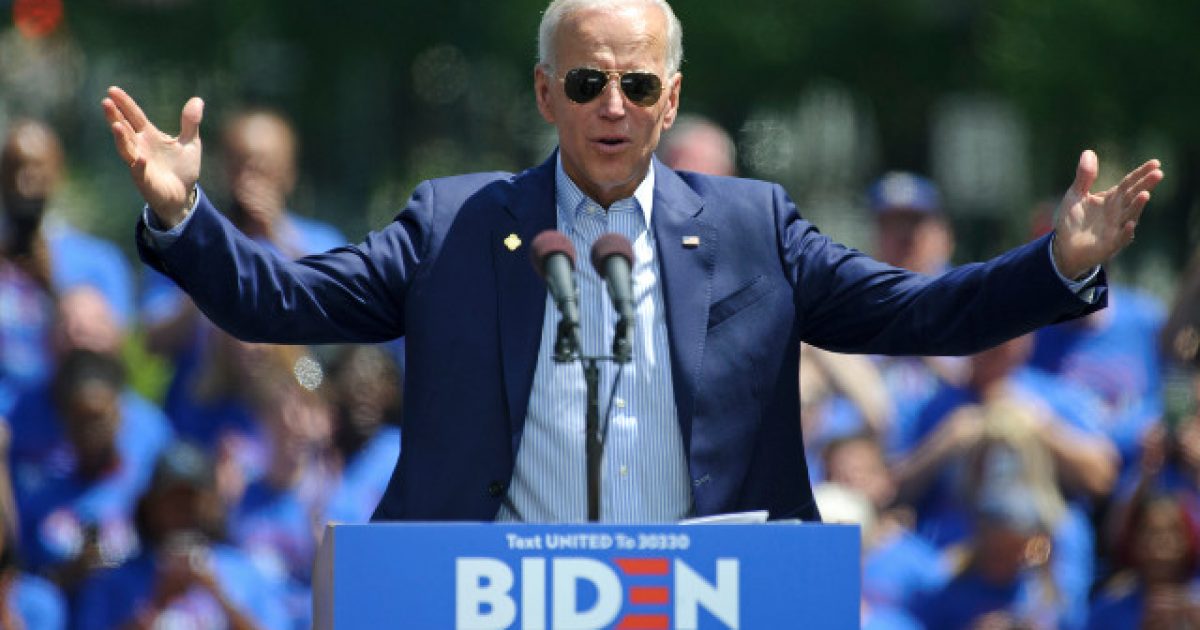 Former Vice President Joe Biden’s presidential campaign is attempting to fight back against claims of sexual assault by the former senator’s staffer, Tara Reade, by relying on the information presented in a NY Times report in their talking points.

BuzzFeed News reported Tuesday that while folks working for Biden’s campaign are employing the whole “deny, deny, deny” strategy in the hopes these allegations mysteriously disappear, the truth of the matter seems to be that they are taking Reade and her claims “seriously enough behind the scenes to coordinate messaging among other Democrats to try to cast the matter as one that’s been thoroughly vetted and determined to be unfounded.”

Definitely doesn’t sound like these folks actually believe that’s the case. So much for standing up for the rights of the victim and all that “believe women” stuff they spouted during Brett Kavanaugh’s confirmation hearing.

The “talking points” reportedly read, “Biden believes that all women have the right to be heard and to have their claims thoroughly reviewed In this case, a thorough review by the New York Times has led to the truth: this incident did not happen.”

According to the copies BuzzFeed News obtained from two individual Democratic operatives, the talking points continue, “Here’s the bottom line. Vice President Joe Biden has spent over 40 years in public life: 36 years in the Senate; 7 Senate campaigns, 2 previous presidential runs, two vice presidential campaigns, and 8 years in the White House. There has never been a complaint, allegation, hint or rumor of any impropriety or inappropriate conduct like this regarding him — ever.”

The former vice president himself has yet to be asked about the allegations against him.

Several of the individuals that are on Biden’s short list of vice presidential nominees have also touted the report from the NY Times, including Amy Klobuchar and Stacey Abrams.

“I believe women deserve to be heard, and I believe that has happened here. The allegations have been heard and looked into, and for too many women, often, that is not the case. The New York Times conducted a thorough investigation, and nothing in the Times review or any other later reports suggests anything other than what I already know about Joe Biden: That he will make women proud as the next President of the United States,” Abrams stated in a statement she gave to the Huffington Post earlier this week.

Klobuchar also cited the NY Times report during an interview with MSNBC:

“He has said, and I agree with this, you’ve got to get to the bottom of every case and all allegations. I think The New York Times — I haven’t read all the stories. I read that one. Your viewers should read that.I think this case has been investigated. I know the vice president as a major leader on domestic abuse, I worked with him on that. And I think that, again, the viewers should read the article. It was very thorough.”

The Times report itself did not come out and state a conclusion on the allegations facing Biden, opting to behave like a good soldier for the left by refusing to come out either way on the issue. Instead, the report noted there was no “pattern” of misconduct.

As more evidence continues to come to the surface, things are definitely not looking good for Biden. The only question is, if these allegations are proven to be true, will the left be consistent and condemn Biden for his actions and demand his call his campaign?

Chances of that happening seem slim.