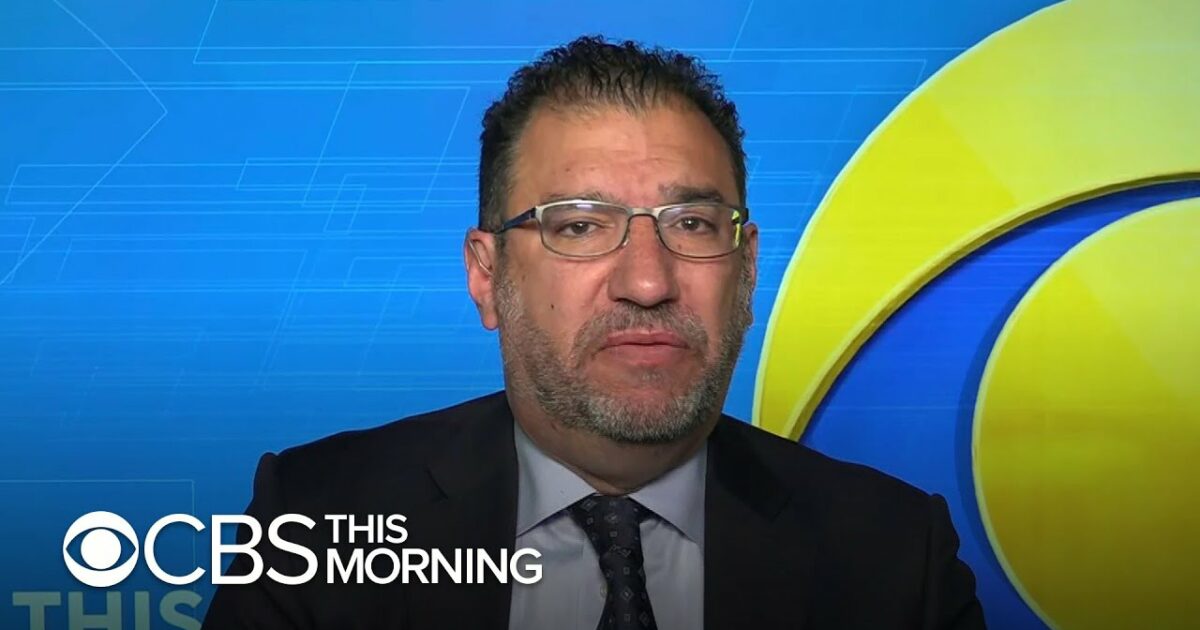 President Joe Biden’s former coronavirus czar scolded Americans for not sacrificing enough during the past year to stem the pandemic.

Andy Slavitt, who resigned as a senior adviser to the White House pandemic response team last week, suggested that Americans were selfish and have only themselves to blame for the tragedies of the past year.

He made the snide comments Monday on “CBS This Morning” while shilling his new book “Preventable: The Inside Story of How Leadership Failures, Politics, and Selfishness Doomed the U.S. Coronavirus Response.”

The gist of the book is that blame for the severity of the pandemic falls on former President Donald Trump and the American people — not communist China, not grandma-killing Democratic New York Gov. Andrew Cuomo, not the Centers for Disease Control and Prevention and not flip-flopping Dr. Anthony Fauci.

While Slavitt conceded that the pandemic would have ravaged the United States no matter what, he claimed Trump failed to respond quickly enough to its spread.

He also said Americans should look in the mirror when assigning blame for how bad the epidemic got.

“We denied the virus for too long under the Trump White House,” Slavitt said on “CBS This Morning.” “There was too much squashing of dissent and playing on divisions.”

In addition, he said, “we all need to look at one another and ask ourselves what do we need to do better next time. And in many respects, being able to sacrifice a little bit for one another to get through this and to save more lives is going to be essential, and that’s something that I think we could have all done a little bit better on.”

Now that the pandemic is receding, the armchair quarterback opined that “preventing spread of the disease is really about a couple simple things: not breathing near one another in large spaces. That’s really, that’s really it, if you want to be overly simple about it. And that requires a certain amount of sacrifice and change.”

Slavitt then made a push for mass vaccination, claiming that COVID-19 variants will soon return.

“If the variants come back in the fall — as they will — the people who are unvaccinated really are going to need to pay serious attention to that and consider getting vaccinated,” he said.

For the record, Slavitt is not a physician, nor does he have any medical expertise. He’s a former investment banker at Goldman Sachs who served as the acting chief of Medicare and Medicaid during the Obama administration.

Now, he’s shilling a book about the pandemic following a five-month stint in the Biden administration that appears to have been little more than an opportunistic, taxpayer-funded research vehicle for the book.

Check out this interesting timeline of events:

The Democratic operative got slammed on Twitter for his tone-deaf remarks.

Many commenters said Americans sacrificed too much during the past year, including submitting to unconstitutional lockdowns, mask mandates, business shutdowns and church and school closures.

Some people — including many children — were so distraught by the isolation of the extended lockdowns that they committed suicide.

“Our sick were dying alone as grandparents welcomed newborn grandchildren through exterior windows. How out of touch someone must be to claim they didn’t ‘adequately sacrifice.'”

Americans sacrificed livelihoods, their ability to worship, their children’s education… Our sick were dying alone as grandparents welcomed newborn grandchildren through exterior windows. How out of touch someone must be to claim they didn’t “adequately sacrifice”. https://t.co/bIhCRY5D1Y

Another Twitter user said “Slavitt is effectively arguing if NY/CA/etc had only locked down harder, they could’ve done as well as FL, which wasn’t locked down.”

Slavitt is effectively arguing if NY/CA/etc had only locked down harder, they could’ve done as well as FL, which wasn’t locked down

Recall Slavitt, when asked why FL outperformed, said “thats just a little beyond our explanation”

Yet he’s 100% sure more lockdown is the answer🤔 https://t.co/VJb7dUPWrn

The Federalist’s political editor, John Davidson, blasted Slavitt’s arrogant remarks blaming Americans for not sacrificing enough during the past year.

He tweeted: “This is the message from America’s corporate and managerial class, which flourished during the pandemic and whose members happily worked from home while the working class suffered: ‘maybe you selfish poors should have suffered more.'”

This is the message from America’s corporate and managerial class, which flourished during the pandemic and whose members happily worked from home while the working class suffered: “maybe you selfish poors should have suffered more.” https://t.co/3209EBXD62

It is typical for today’s left to blame Americans for all the problems in the world, including the spread of a deadly virus that appears to have come from a Chinese lab.

After voluntarily destroying a sizzling economy, wearing face diapers everywhere, submitting themselves to unconstitutional house arrest and shutting down thriving businesses, Americans are now targeted by Democrats who have the gall to chide them for not sacrificing enough.

McCloskeys Plead Guilty, Come Out Swinging with Fiery Statement: 'By G** I Did It, And I'd Do It Again'