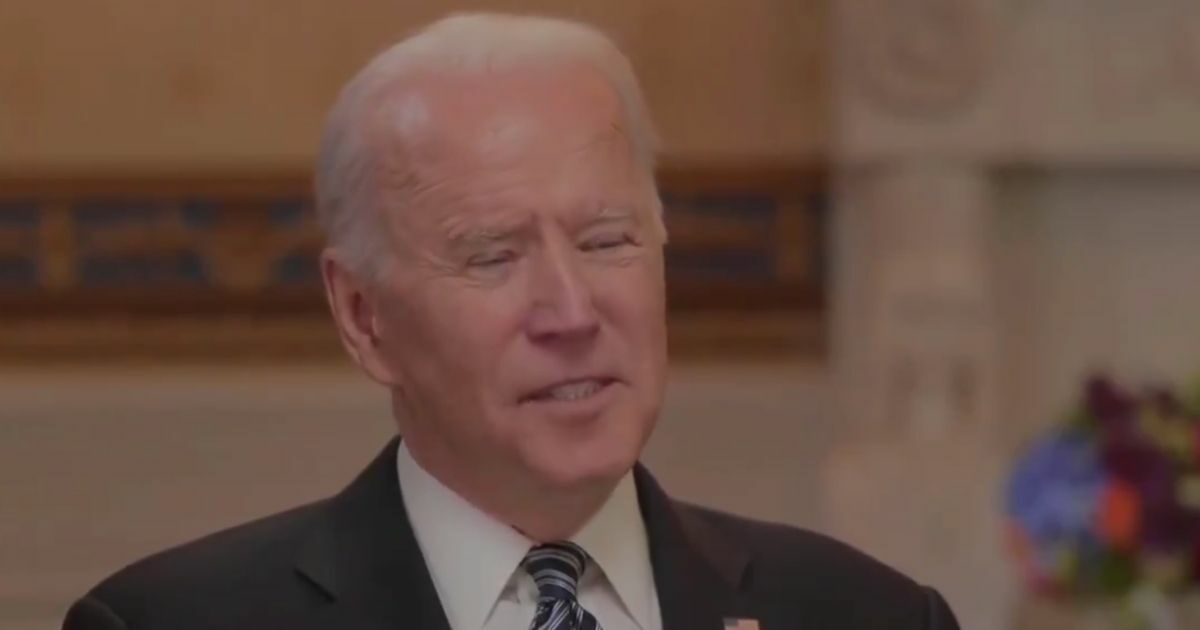 Joe Biden just can’t seem to help himself, as though he’s got the inside scoop on something that he doesn’t realize is extremely obvious.

You see, Biden has been giving lots of winks and nods to the idea that July 4th, 2021 would mark our “independence from COVID”, in a narrative that has his speech writers foaming at the mouth, rabid for metaphors and euphemisms.  Every time he gets the chance, Biden would tease the idea, and his administration would even go so as to ignore the Memorial Day travel data that proved the pandemic was essentially over in order to maintain this trajectory.

Now, with just a couple of weeks before Americans gather again to celebrate Independence Day, the White House is being forced to admit that they just don’t have what it takes to meet their self-imposed deadlines.

The White House said Tuesday that it will likely fall short of President Joe Biden’s goal of partially vaccinating 70 percent of American adults by Independence Day, but insisted that it has “succeeded beyond our highest expectations” in returning the nation to a pre-pandemic normal.

Jeffrey Zients, the head of the White House Covid-19 response team, said that the administration had hit its 70 percent vaccination target among Americans ages 30 and older, and is poised to reach that threshold for those 27 and older by the Fourth of July.

But it will take “a few extra weeks” to include all Americans 18 and older in that group, he acknowledged.

“The reality is, many younger Americans have felt like Covid-19 is not something that impacts them and have been less eager to get the shot,” he said.

This failure could be seen coming from a mile away, however, particularly after North Carolina was only able to move the needle 1% on vaccination rates, despite introducing a $1 million lottery for those who’ve been inoculated.