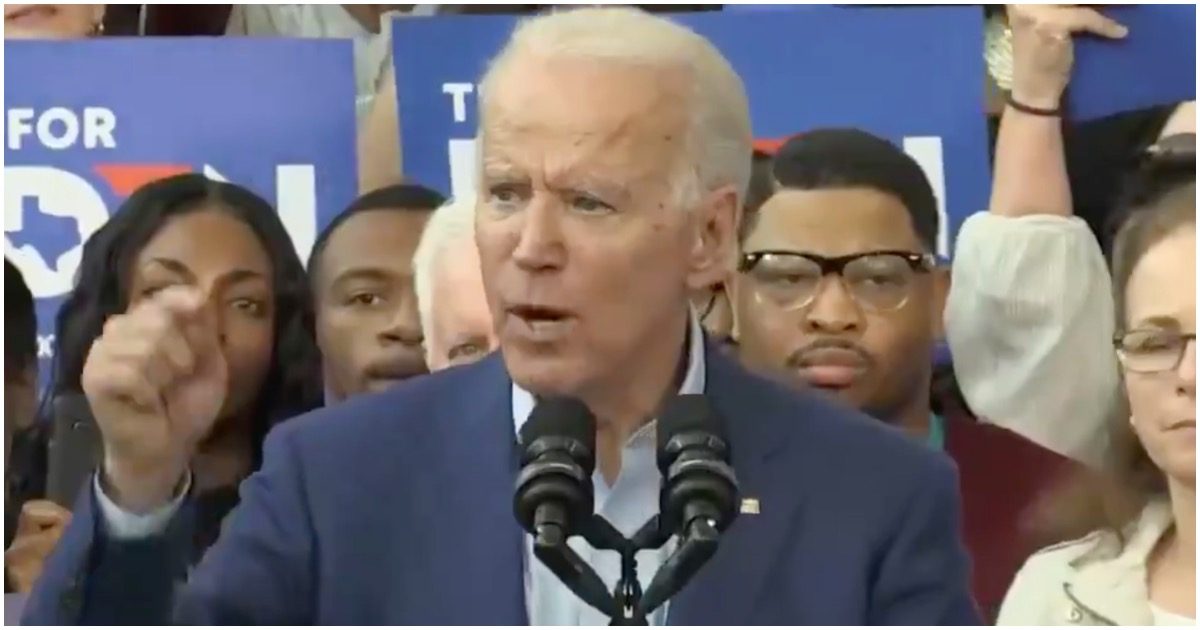 Failed 2020 presidential candidates Amy Klobuchar, Beto O’Rourke, and Pete Buttigieg are all now endorsing Joe Biden over Bernie Sanders. The former vice president is primed to have a big day on Tuesday, as Democrat voters will now essentially choose between him and the Democrat Socialist from Vermont – meanwhile, Elizabeth Warren and Michael Bloomberg are merely afterthoughts.

Biden as the liberal nominee might prove easier for President Trump in November’s general election. Therefore, it may be pertinent to convince your liberal friends to support him over Bernie in the primaries.

But Joe is still Joe, gaffing it up whenever given a chance to speak in public.

You can’t make this up…
pic.twitter.com/Hq6dLUbXLC

The Democratic Party’s moderate wing has been coalescing around Biden out of fear that Sen. Bernie Sanders, I-Vt., a polarizing progressive, was positioned to seize a significant delegate lead on Super Tuesday.

In a recent interview, Biden looked a reporter in the eye and claimed that he never said it – that the reporter said it. He lied. He knew he lied. The reporter knew he was lying.

Even a CNN panel mocked him for it.

Biden had been heavily favored heading into the Feb. 29 contest in the Palmetto State. He has touted his support among black voters, but recent polling suggests he is losing ground among that demographic just days before the primary.

It’s pretty clear from the constant gaffes and flubs and errors and unintentional racist remarks, that the dude isn’t playing with a full deck.

Where Joe found the stones to run for president against Trump is anyone’s guess. Biden could’ve sailed off into the sunset, himself and many members of his family a millionaire multiple times over.

But some people just love the spotlight too much.