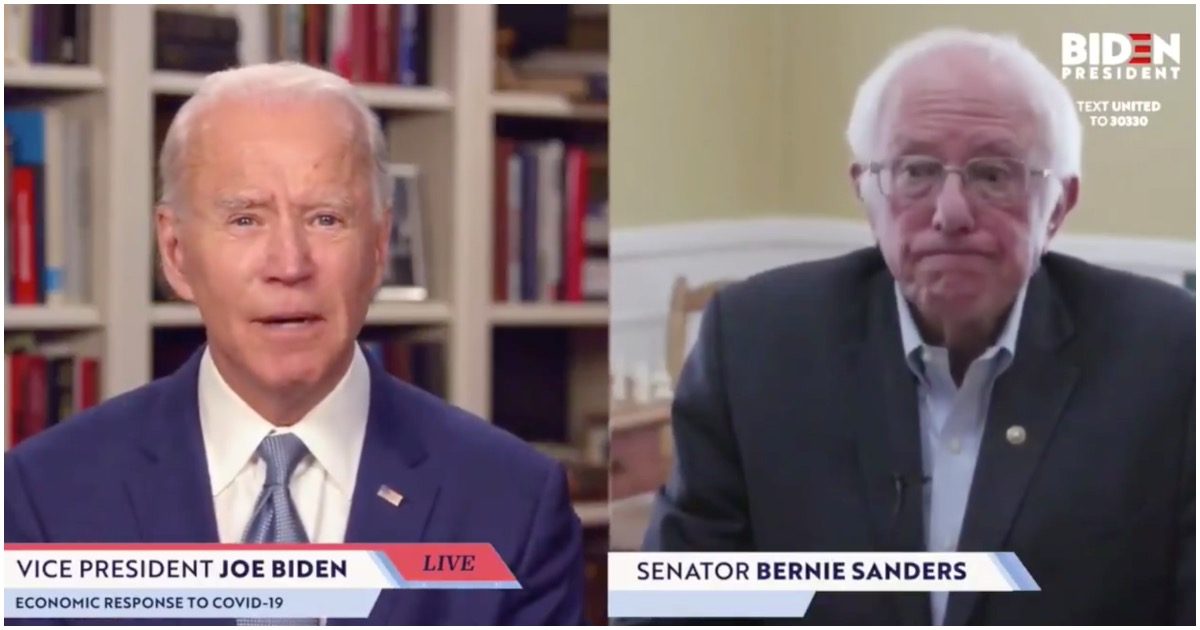 Two twice-failed presidential candidates sit down for a chat. That’s it. That’s the end of the joke. But now that Bernie Sanders (VT) has thrown his support behind Joe Biden, the former VP actually has a chance to finally be the big dog behind the Resolute Desk in the Oval Office.

For some reason, Joe says he’ll need Bernie’s help to “govern” if he becomes POTUS. Clearly, this is his way of attempting to get the Democrat Socialist’s followers on his side.

Democrat presidential candidate Joe Biden said on Monday that he needed socialist Sen. Bernie Sanders’ (I-VT) help “to govern” and that he wanted to put million of “citizens on a pathway to citizenship.”

Biden made the remarks during a virtual event in which Sanders, a now-twice failed Democrat presidential candidate, endorsed Biden for president.

Joe Biden: "put millions of citizens on a pathway to citizenship"https://t.co/kSkmTSr4wp pic.twitter.com/sTFqc6IBqP 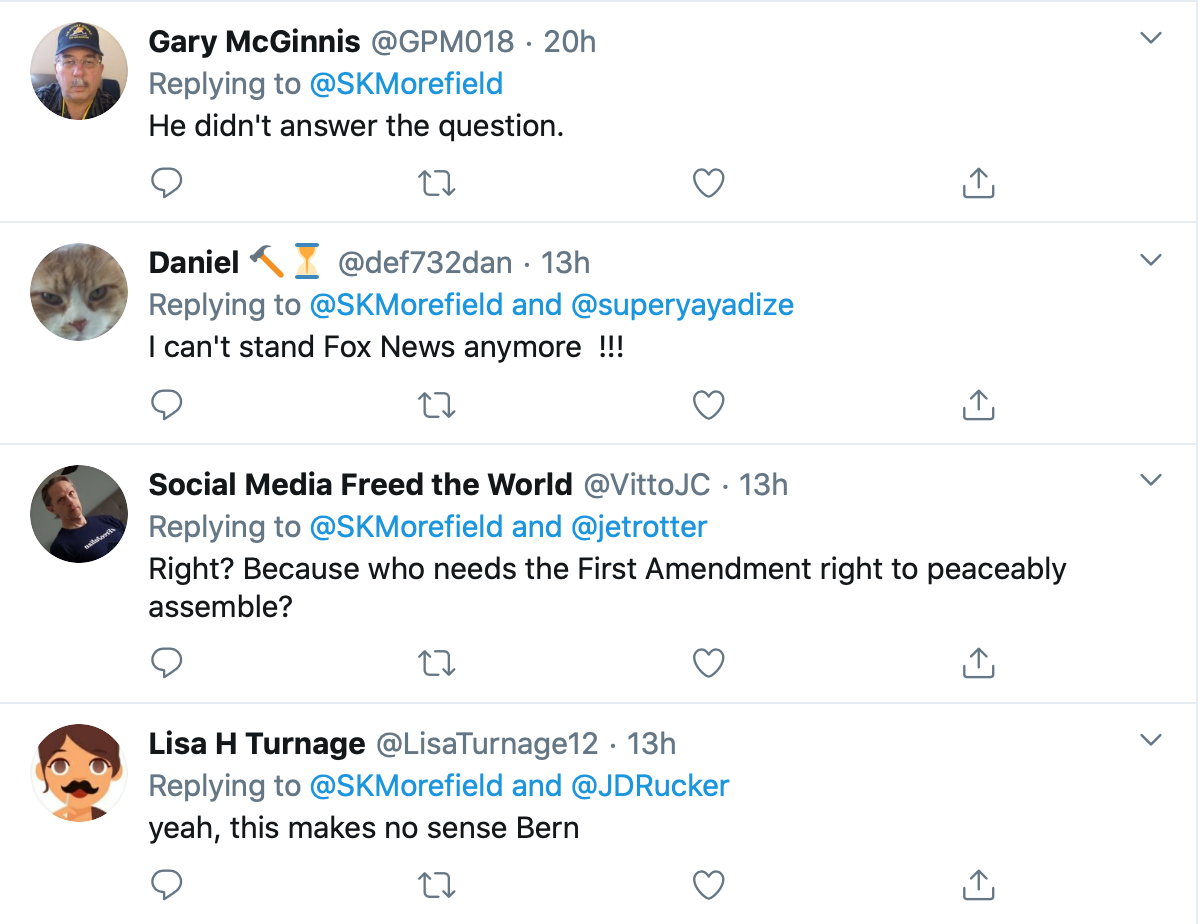 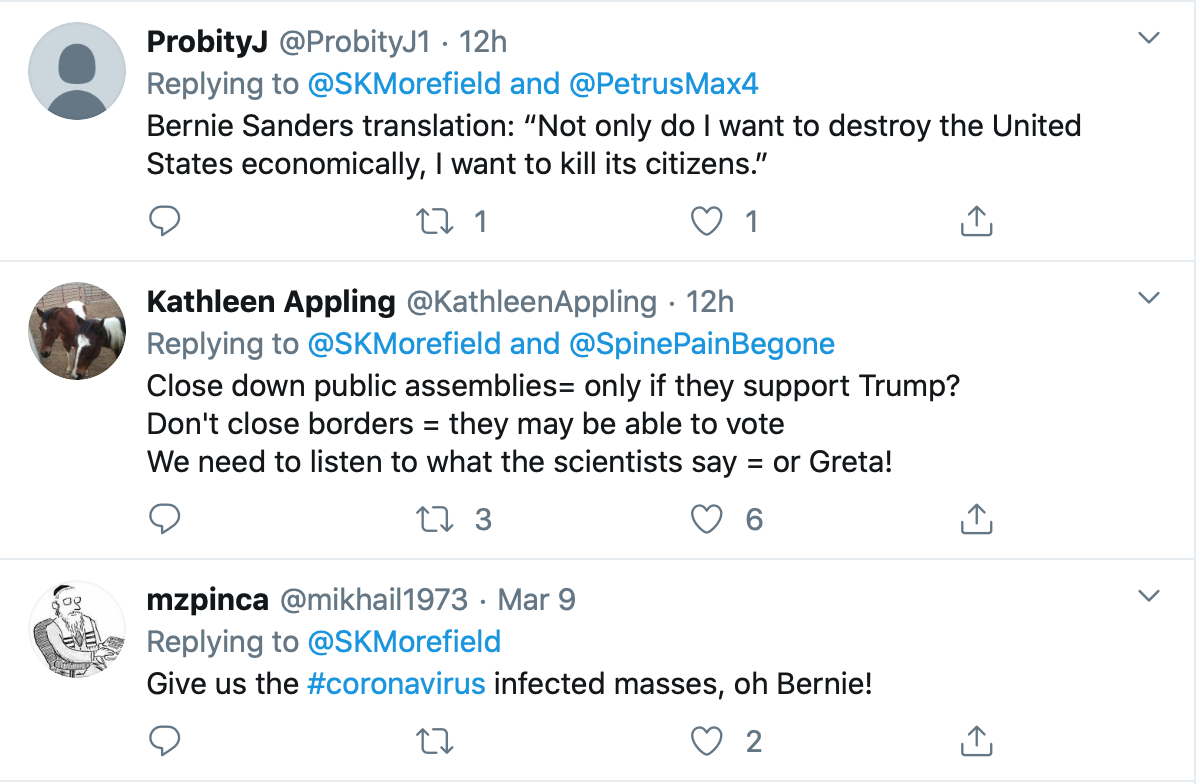 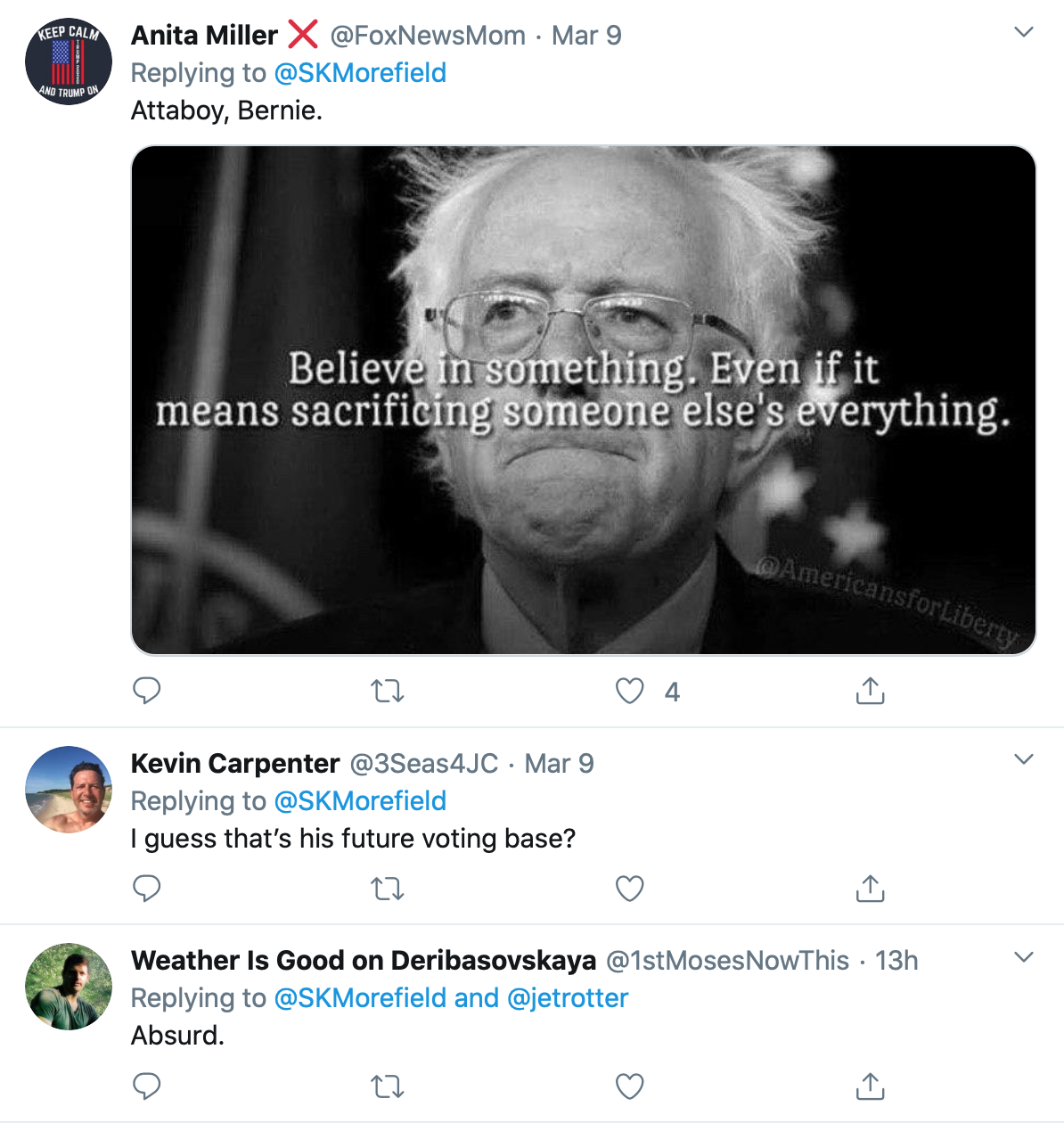 Sanders came away victorious in New Hampshire’s primary. MSNBC’s Katy Tur caught up with a voter, wondering why Sanders is “not appealing” to him after he told her he voted for Trump.

She was smiling as the man was talking but it was evident she didn’t get the answer she was expecting.