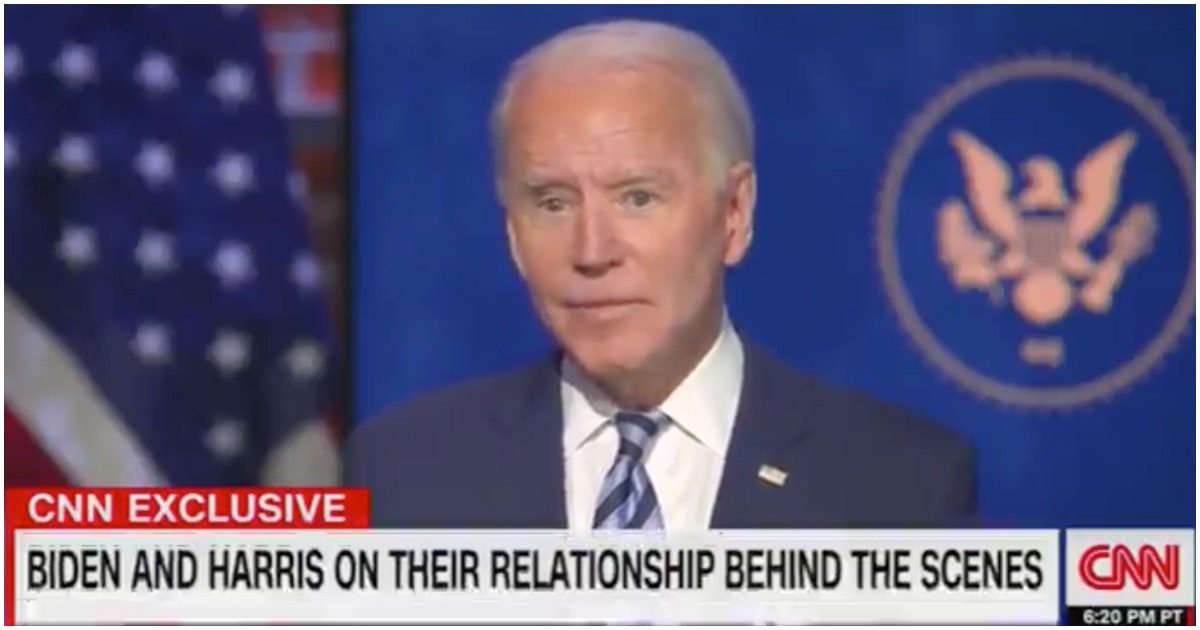 One of the biggest concerns folks at about former Vice President Joe Biden’s bid for the White House was that he was suffering from some sort of mental deterioration due to dementia and would step down after being elected, allowing his running mate, Sen. Kamala Harris to become president.

There’s plenty of evidence out there in video form to support such a notion. Biden has frequently spaced out during interviews, losing his train of thought, slurring his words, and forgetting simple pieces of information.

And as if that wasn’t enough to worry folks, the man who the media has declared the “president-elect,” decided to make a joke about “taking a backseat” during his term — if he should be officially certified — to his vice presidential pick.

Biden on what he would do if he disagrees with Kamala:

"I'll develop some disease and say I have to resign." 🤔 pic.twitter.com/eUhamNMgwp

Boy, this is certainly not something the former vice president should be joking about, especially with that very scenario being something that a lot of people were afraid would happen.

His comments seem to lend a lot of credibility to that particular rumor. If you weren’t already nervous about the possibility of a Biden administration, the fact that there’s a real possibility that Harris could become president should terrify you.