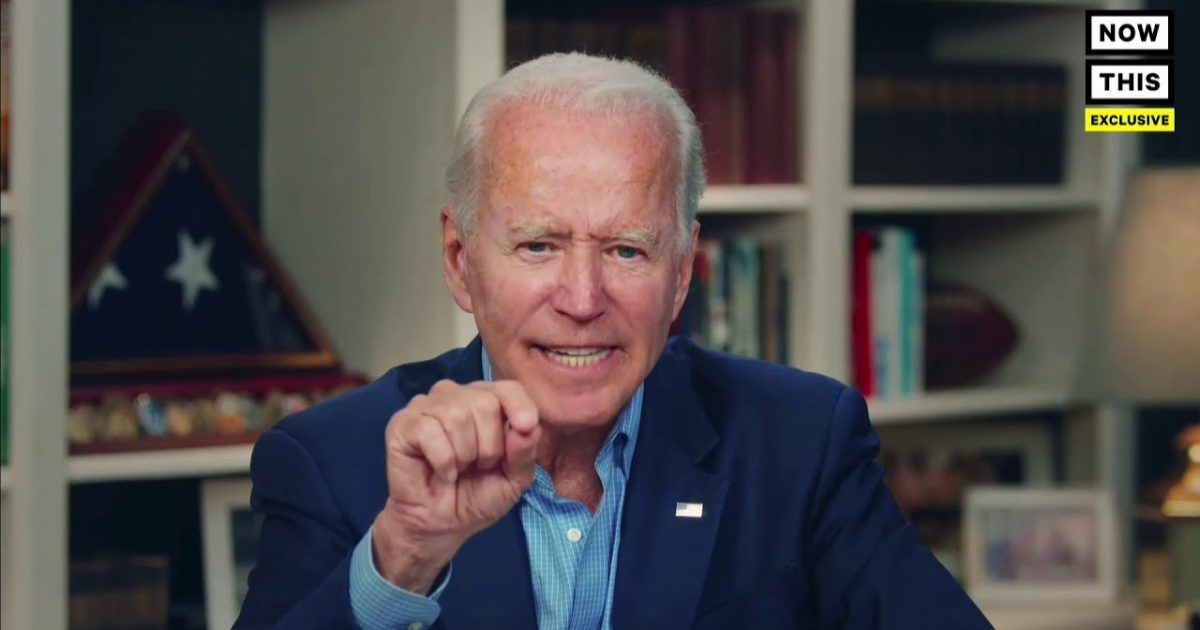 Democratic presidential nominee Joe Biden seems to be a rather rude fellow these days, especially when he’s fielding questions from Republicans, as was demonstrated during a CNN town hall held on Thursday evening.

A Republican voter attempted to ask Biden a question, but he immediately launched into a rebuttal of something she said and didn’t even allow her to finish. Now, if this would’ve happened between a Republican male and a liberal female, there would be cries of patriarchy and sexism everywhere.

However, as we all know, the left doesn’t really hold their politicians to the same standard.

Host Anderson Cooper introduced Julie Masser Ballay, a member of the Pennsylvania Farm Bureau who said that she had voted for President Donald Trump in 2016.

“How are you feeling now, Julie?” Biden asked with a smile.

“Ah —” Ballay shook her head. “Good evening. Overregulation puts an extreme burden on small and family-owned farms and is a contributing factor to many farms going out of business. Policies during the Obama administration such as the rules under the Waters of the U.S. Act threaten to increase that regulation. As does policies proposed through the Green New Deal, which your climate plan embraces.”

And then Biden interrupts the woman saying, “No it doesn’t –”

Ballay wasn’t having any of that, replying, “Excuse me. If I could finish.”

Ballay tossed out a quick thank you and then went on to ask Biden about his plan and how was going to decrease the regulatory burdens on farms and businesses.

The response from Biden seemed to focus on a plan to pay farmers to put pieces of their land in what are known as “land banks” or to plant certain crops that can “absorb carbon from the air.”

However, if you go to Biden’s website, it’s clear that Ballay was correct about the former vice president’s climate plan wholly embracing the Green New Deal.

“Biden believes the Green New Deal is a crucial framework for meeting the climate challenges we face. It powerfully captures two basic truths, which are at the core of his plan: (1) the United States urgently needs to embrace greater ambition on an epic scale to meet the scope of this challenge, and (2) our environment and our economy are completely and totally connected,” Biden’s website states.

That’s a hard pass here, folks. How about you?