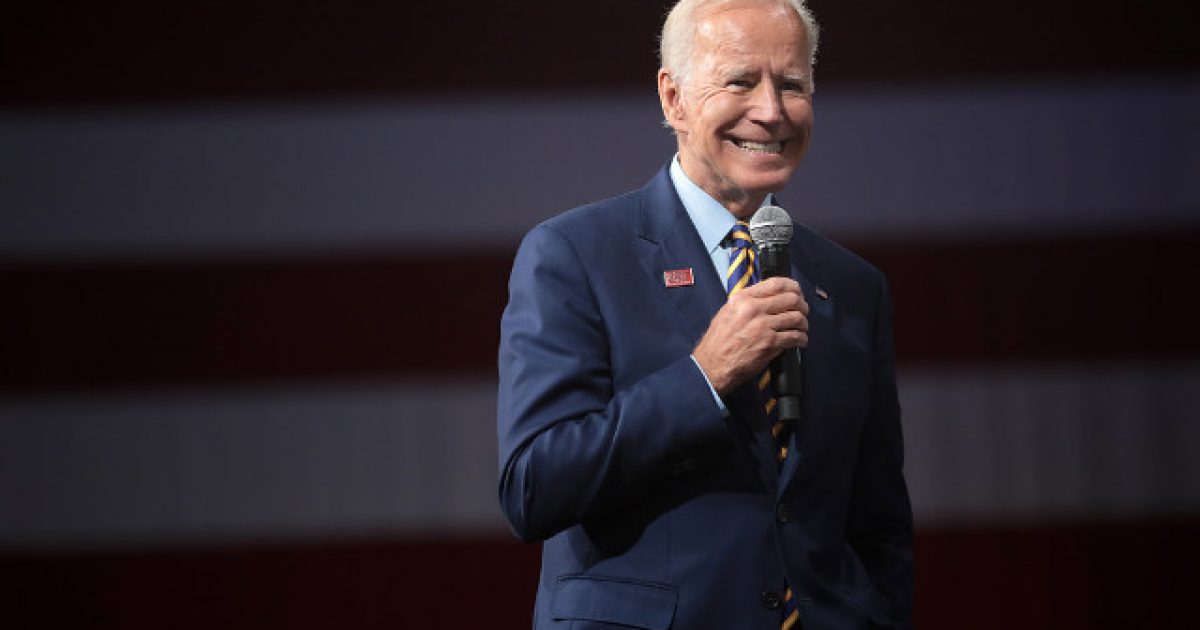 You’d think with all of the horrible things he’s said, his campaign would do everything in their power to avoid giving him opportunities to speak in public where every single word wasn’t written on a teleprompter, yet for some reason he keeps having these chances to say something stupid.

And he lives up to the hype.

Check out his latest bumble via TheBlaze:

During an interview that covered everything from tariffs to his actions during the days leading up to the Iraq War, NPR host Asma Khalid asked Biden about his gaffes and if he felt “that the details, and not just the intentions, matter when you’re making decisions as president.”

“Well, they’re two fundamentally different questions you’re asking me,” Biden said. He then referred to a recent instance in which he had been called out for conflating the stories of three different soldiers into an anecdote on the campaign trail. He said that the “whole purpose” of what he had been saying “did not in any way affect my point.”

Biden argued that he had been making a larger point about the bravery and decency of the “men and women in the military.”

Khalid wasn’t satisfied with this answer, so he pressed Biden to go further on the point about whether or not he thought details matter.

“No, but the details are irrelevant in terms of decision-making. If in fact I forget that it was [General] Rodriguez — out of all the times I’ve been in and out of Afghanistan and Iraq and Bosnia and Kosovo, as much as anybody except maybe my deceased friend John McCain and maybe Lindsey Graham.

“And so, the fact that I would forget that it was Rodriguez who was pinning — I believe this was the case — pinning a Bronze Star on a young man, was — it’s irrelevant to the point. It’s like saying, ‘I had this very bright reporter and I think her eyes were blue.’ What difference does it make about whether you’re a bright reporter? Your eyes are brown. It’s irrelevant, and you know it.”

This man is a walking disaster. If he becomes the Democratic presidential nominee, all Trump has to really do to win is just show up to the debates. Biden will say enough stupid things to pretty much destroy his own campaign with little to no effort put in from the current commander-in-chief.

Democratic voters picking Biden would be making a huge mistake. Guess we’ll have to wait and see if they’re actually ignorant enough to pull the lever on him or if they’ll ultimately put their support behind someone else.

Related Topics:2020 electionFeaturedgaffesJoe biden
Up Next