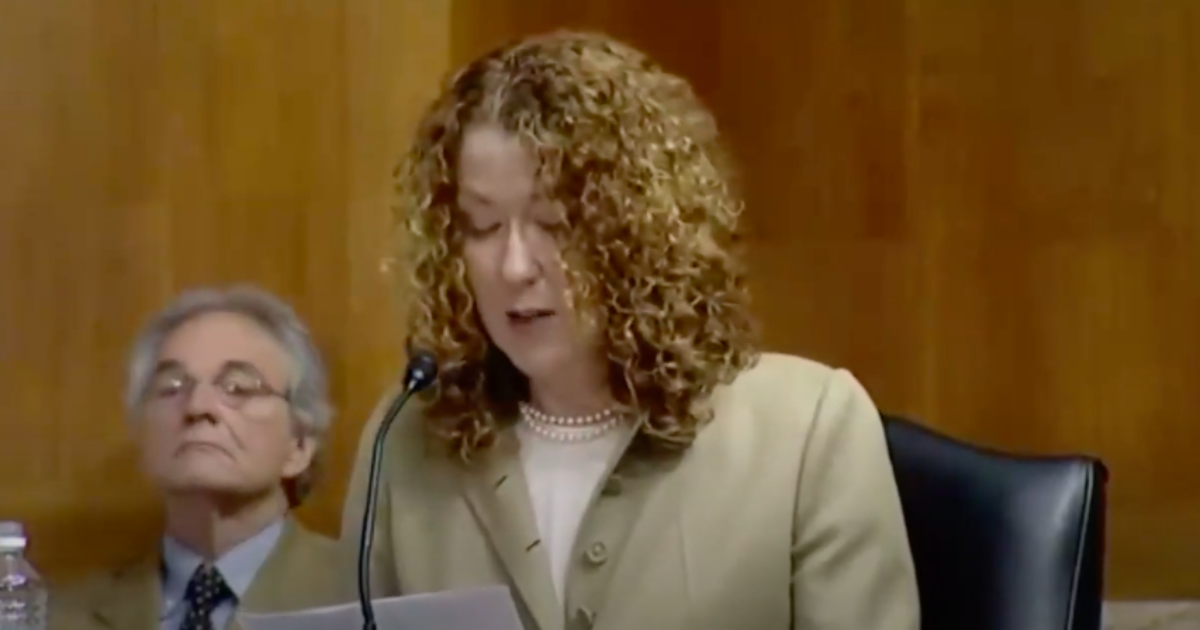 Joe Biden has been busy in his first few months in office.  Not only has the 46th President spent a great deal of time looking to undo as much of his predecessor’s legacy as possible, but he is also working through all of the normal trappings of the transitional process.

This includes the nomination and confirmation of a number of officials to oversee various departments within our government.

One of the latest to go up for approval seems to have some strange ideas about how best to serve the planet.

Tracy Stone-Manning, President Biden’s nominee to lead the Bureau of Land Management (BLM), argued in her graduate thesis that Americans need to engage in population control to protect the environment.

Stone-Manning has already come under fire in recent weeks for her connection to a tree spiking incident – an ecoterrorism tactic – in Idaho in the 1980s, where she traded her court testimony for legal immunity.

Her theories on keeping the environment safe were controversial, to say the least.

But her past links to ecoterrorists aren’t the only controversial material in her background. In her graduate thesis, a copy of which was reviewed by Fox News, Stone-Manning also urged Americans to have no more than two kids in order to protect the environment.

“The origin of our abuses is us. If there were fewer of us, we would have less impact,” states the thesis, which was first flagged by the Daily Caller on Thursday. “We must consume less, and more importantly, we must breed fewer consuming humans.”

Stone-Manning created a series of eight advertisements for her thesis that focused on the issues of overgrazing, overpopulation, a mining law from the late 1800s and the lumber industry.

One ad refers to a human child as an “environmental hazard” and encouraged Americans to only have two children and no more.

“The earth is only so big, and we can tap into it only so often. In America, we tap in often and hard,” Stone-Manning’s ad reads. “When we overpopulate, the earth notices it more. Stop at two. It could be the best thing you do for the planet.”

Population control is an incredibly unpopular idea among Americans, save for the radical left and other assorted, fringe groups, and these historical comments are undoubtedly going to be an impedance to Stone-Manning’s confirmation.