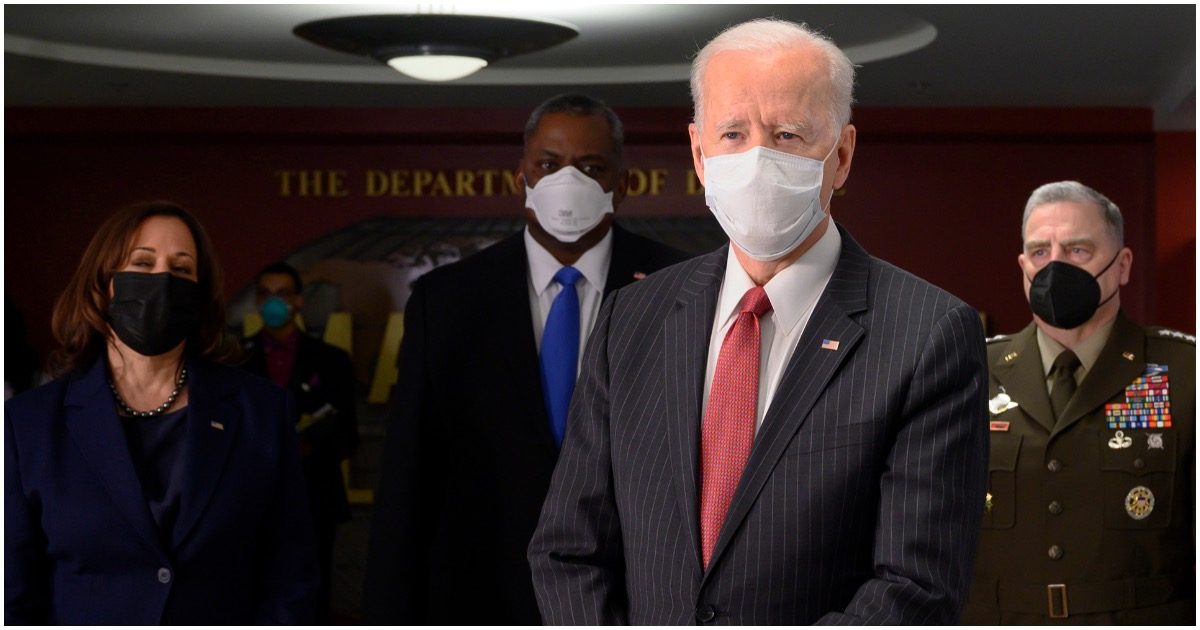 Donald Trump was tough, Joe Biden is weak. That’s what happens when you replace an alpha male with a beta. Joe simply doesn’t have what it takes to be a leader, which he shows the world each and every day.

The COVID-19 virus began in China. The communist nation then lied about what they knew for a long, long time (even to this day).

Biden doesn’t seem to care, though.

Democrat President Joe Biden admitted on Tuesday that he has not confronted Chinese President Xi Jinping about China’s lies during the pandemic.

China’s lies, early coverup, delay in releasing critical facts, online censorship, promotion of baseless conspiracy theories, and silencing of medical professionals during the pandemic have been widely reported on and even the Biden administration has expressed serious doubt about a recently released WHO report on the origins of the pandemic inside China.

Full Q&A: Biden pivots on Georgia boycotts, chastises vaccine-skeptic Republicans, says he's yet to speak w/ the Fed's Jerome Powell, nor has he spoken w/ China about its role in unleashing Covid pic.twitter.com/Q13g3m4eXx

Flashback: Obama In 2008: We Can Only Trust Mail-In Ballots If Signatures Are Verified