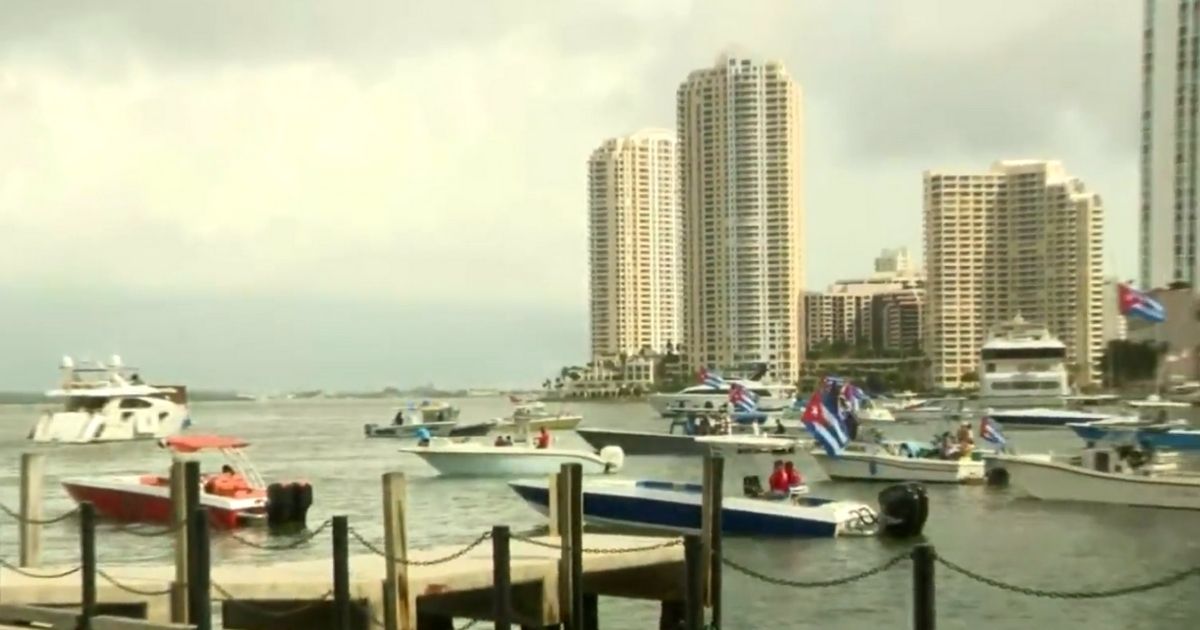 The Biden administration, which is right now operating what is essentially an open border, is warning Americans with boats against helping Cubans who might attempt to escape from communism.

WFOR-TV reported on Tuesday that the Department of Homeland Security sent a specific warning to South Florida boaters regarding plans to travel to Cuba to help those under the iron fist of authoritarianism.

“It is illegal for boaters to depart with the intent to travel to Cuba for any purpose without a permit,” DHS said.

The agency further warned that any American who enters Cuban waters without permission from the U.S. Coast Guard could be fined $25,000 a day and might spend a decade in prison.

Additionally, should any Floridians make it to Cuba and back with a refugee, they could be fined $250,000 daily while also facing five years in prison.

A flotilla of boaters was scheduled to depart from Florida on Monday, but the convoy is now planned for Thursday.

One of the flotilla organizers, Osdany Veloz, said the flotilla will not enter Cuban territorial waters but intends to get close enough to let those suffering under communism know that they are not alone.

If 100 boaters show up, the group will set sail, WFOR reported.

Another man signaled that the group will not be deterred on its mission to show the Cuban people support.

“The purpose is to stay on the border, not trespassing, stay in international water and just let the Cuban people know we’re also fighting for their freedom, so once and for all they can be a free country,” Jorge Lopez said.

Meanwhile, in this free country, the government seems to be siding with the communists in Havana.

The agency threatening boaters not to go into Cuban waters is the same one that is supposed to protect our country’s border with Mexico. We all know how that’s going.

Democrats don’t want anti-communism Cuban refugees here, and we can presume that it is political. People who escape from communism aren’t likely to find a new home and then vote for a party run by Marxists.

Meanwhile, we know Democrats are counting on a generation of voters from Mexico and Central America.

Republican Sen. Ted Cruz of Texas stated the obvious about the intersection of immigration and politics on Twitter on Tuesday.

“The only immigrants Joe Biden and Kamala Harris don’t want to come to America are Cubans,” he tweeted.

The only immigrants Joe Biden and Kamala Harris don’t want to come to America are Cubans.
https://t.co/ZKUUCZqMHu

Cruz is probably over the target here.

Democrats and the politicized military would probably send Navy aircraft carriers into Cuban waters to load them up with dissidents if they thought their arrival in the U.S. would benefit Democrats in future elections.