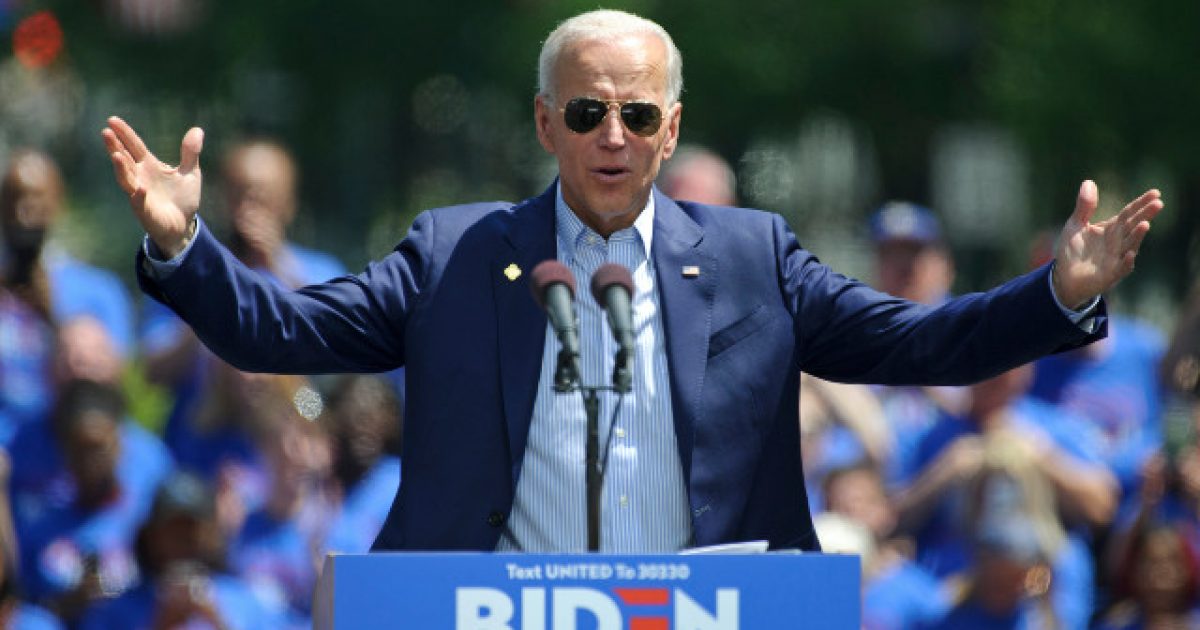 Presumptive Democratic Party presidential nominee Joe Biden has stated that he would use federal power to require all American citizens to wear a mask when they go out in public, a move that would tick off practically every true American patriot in the entire nation.

Probably not a smart move to make those kind of individuals upset when you are trying to win a presidential election. Then again, given Biden’s recent track record for saying stupid things, this is pretty much par for the course for him.

This sort of move would be a truly massive intervention at the federal level and would not doubt result in pushback from individual states.

“The one thing we do know, these masks make a gigantic difference. I would insist that everybody in public be wearing that mask,” he said. “Anyone to reopen, it would have to make sure that they walked into a business that had masks.”

The interviewer asked if he would use “federal leverage” to mandate mask-wearing,

“Yes, I would from an executive standpoint, yes I would,” he said, to which the interviewer asked if he would then be mandating mask-wearing.

“I would do everything possible to make it required the people had to wear masks in public,” Biden said.

Given the sheer amount of insanity that has rolled off this man’s tongue, it really doesn’t seem like he’s trying too hard to win the election this year. Nobody wants to see the mask thing become law. There’s not even a 100 percent guarantee that they even work to prevent the spread of the infection.

This doesn’t seem to be about keeping people safe. It’s about stripping Americans of more power and consolidating it in the hands of the federal government. It might start with mandatory masks under the guise of keeping people healthy, but where will it end?

ICYMI: Some Whites May ‘Have to Die’ for Betterment of Black Community, Says College Employee

Supreme Court Agrees With Trump On Issue Of Fast-Track Deportations