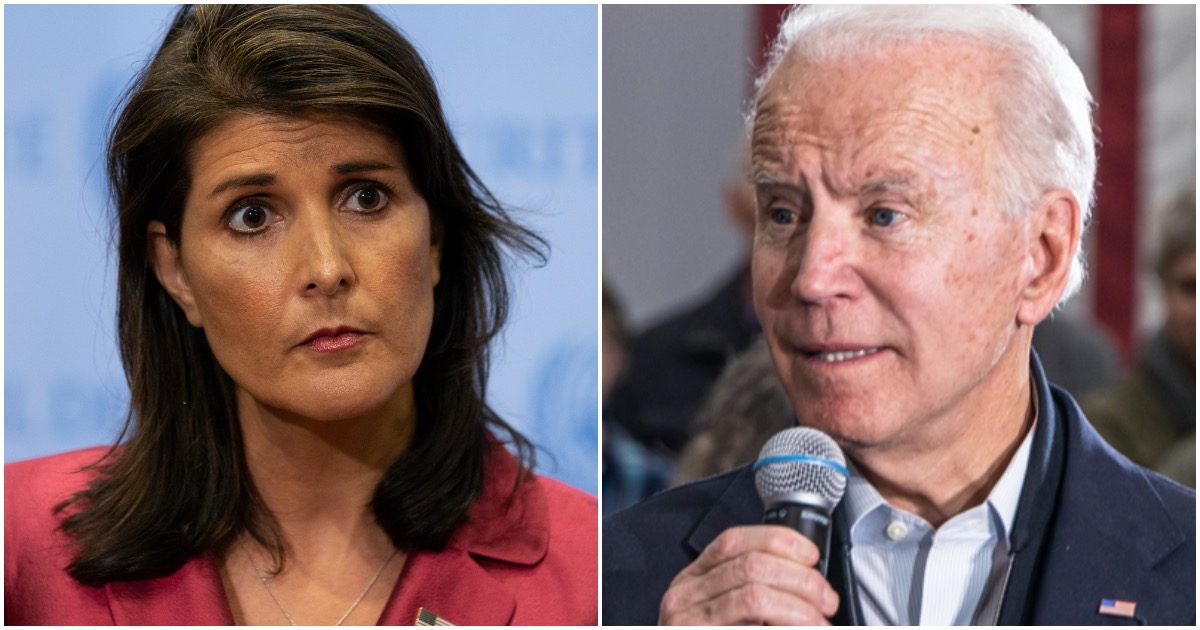 If a Republican presidential candidate appeared to suggest that a female politician (or a woman, in general) didn’t “have the brains,” they’d be forced to call it quits faster than a Ferrari going 0-60 on a racetrack. The mainstream media outrage would be fierce. That campaign would be kaput, over, done.

Luckily for former Vice President Joe Biden, inarguably the most absent-minded liberal running for office today, he doesn’t have an (R) at the end of his title. He gets a pass for dunking on former United Nations Ambassador Nikki Haley, suggesting she’s not the brightest crayon in the drawer.

But Nikki shot back. And she meant it.

She is a proud American patriot who did great things during her time at the UN and also as governor of South Carolina.

After freshman Democrat Rep. Ilhan Omar (MN) said gruesome things about the United States as it relates to Venezuela, Haley went after her hard.

WOW: @IlhanMN says the U.S. has "helped lead the devastation in #Venezuela," and accuses the U.S. on "bullying" the Maduro regime.

Apparently Maduro's starvation of his people and armored trucks running them over in the streets is not worthy of criticism in her eyes. pic.twitter.com/leTcRHWDVd

.@IlhanMN the avg Venezuelan adult has lost 24 lbs. Babies have no medicine. Families have to walk miles in the heat to get the only meal they may have that day. All bc of the corrupt Maduro regime. Your comments are so far from the truth. Cuba and Russia appreciate your support. https://t.co/o1ADtlwrtN

Is she ever on America’s side? BTW it’s a rhetorical question.

Can any one give a valid reason she still is in office with security clearance. Shouldn't she be removed

This is ridiculous! I believe she should be removed from her seat! She is not representing the AMERICAN people! So far nothing good has come out of this woman’s mouth!!