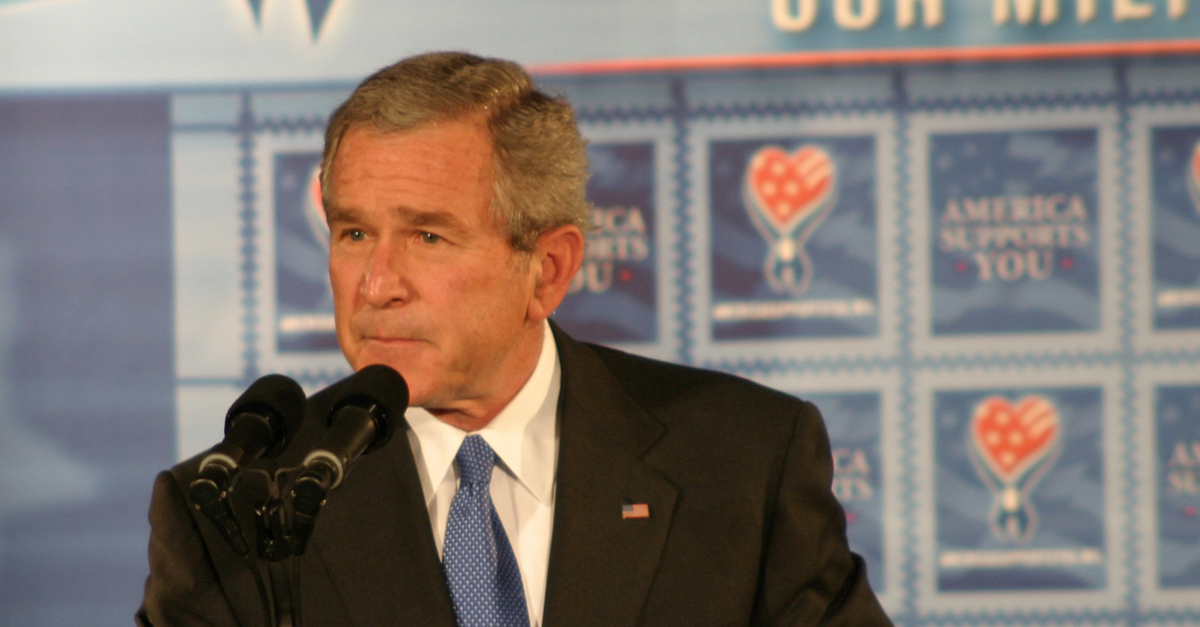 After 20 years worth of brutal, ugly fighting in Afghanistan, American troops are coming home.

President Joe Biden has announced that the Department of Defense has moved up their date for this withdrawal from September 11th of this year to the end of August.

That news did not sit well with former President George W. Bush, who presided over the deployment of those forces in the wake of the September 11th, 2001 terror attacks.

Asked whether the drawdown was a mistake, Bush told German broadcaster Deutsche Welle in an interview: “I think it is, yeah. Because I think the consequences are going to be unbelievably bad and sad.”

Bush, whose administration launched the U.S. military invasion of Afghanistan in October 2001, specifically cited the plight of Afghan women and girls whom he said could “suffer unspeakable harm” at the hands of the Taliban.

Bush expressed similar concern for the fate of thousands of Afghan translators — as well as their families — who aided U.S. and NATO forces throughout the two-decade war effort.

“It seems like they’re just going to be left behind to be slaughtered by these very brutal people,” Bush said. “And it breaks my heart.”

Joe Biden did not agree.

In a speech from the White House, Biden denied that a Taliban takeover was inevitable, saying: “The likelihood that there’s going to be a Taliban overrunning everything and owning the whole country is highly unlikely.”

Biden also put the onus squarely on Afghan leadership and security forces to safeguard Kabul, assessing that “they clearly have the capacity to sustain the government in place. The question is, will they generate the kind of cohesion to do it?”

A Taliban flag was raised over the border between Afghanistan and Pakistan midweek, signaling a major surge in the influence of the worrisome group.