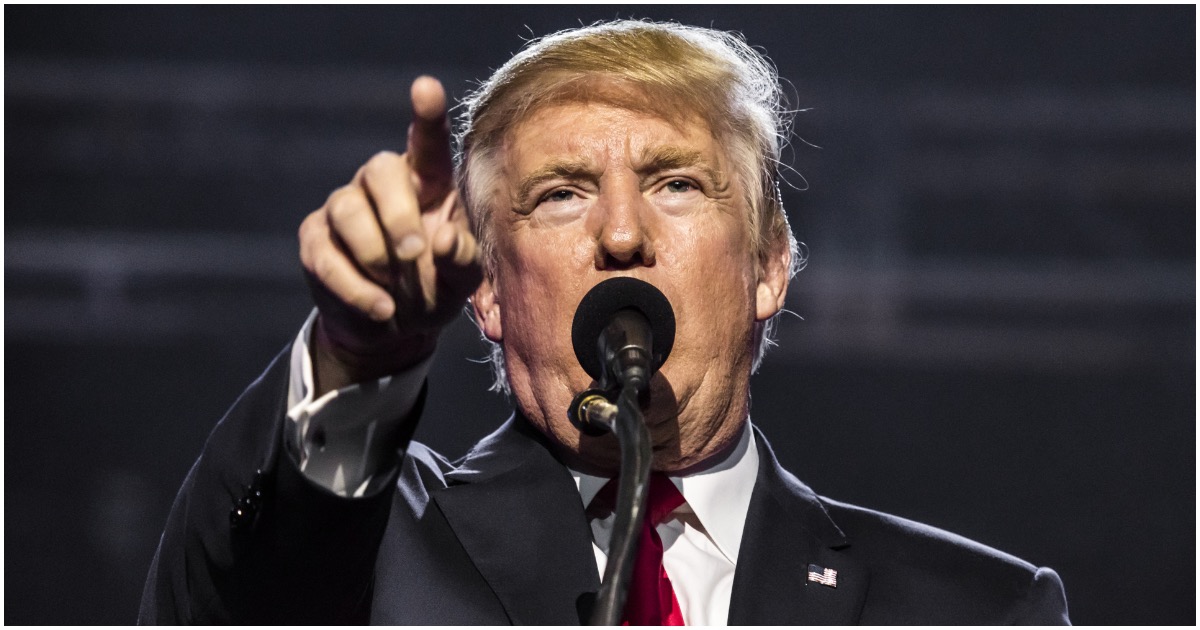 President Trump is set to address the nation Tuesday night regarding the border wall and the government shutdown.

Also, because what’s happening right now is kind of a big friggin’ deal.

However, if the networks do air the Trump speech they want to give Democrats a chance to respond as if this is the State of the Union address or something!

President Donald Trump’s planned prime-time address on immigration Tuesday night has put the broadcast networks in a difficult — and familiar — position as they debate whether to carry the address live.

The White House has asked the broadcast networks to set aside at least eight minutes at 9 p.m. ET on Tuesday for an Oval Office address in which Trump may declare a state of national emergency at the U.S.-Mexico border.

The networks are currently debating whether to air the Trump address, and if they do, they would probably grant Democrats an opportunity to respond, according to two sources familiar with the ongoing deliberations who asked not to be identified because they were not authorized to speak publicly.

There is no low the media won’t go. The bar hasn’t been set.

Here’s example no. 10,458 since Donald Trump has been president…

ABC News’ Terry Moran mocked President Donald Trump as he fantasized about his death on Wednesday during a livestream of President George H. W. Bush’s funeral.

Moran: “Probably a different tone in that funeral. First, he’s going to choreograph it, so there might be more trumpets and fanfare.”

Devin Dwyer: “Yes, he would do it bigger, one would imagine.”

Moran: “It will be the best presidential funeral ever. No one will ever have seen anything like that funeral.”

ABC News’ Terry Moran mockingly fantasizes about Trump's funeral: "First, he’s going to choreograph it. So, there might be more trumpets and fanfare. … It will be the best presidential funeral ever. No one will ever have seen anything like that funeral." pic.twitter.com/Sjt8pm5m9f

Everything Trump does is bad, nothing is good – ever.

Teigen is getting some bad news on New Year’s Day about her performance on New Year’s Eve, and “awful” NBC isn’t exactly thrilled about it.

People were ticked off by Chrissy’s antics.

NBC’s New Year’s Eve coverage is not getting the response execs were going for — that is, unless they wanted #nbc to be trending with #vaginalsteaming and #dumpsterfire. (Yeah, you read that first one right.)

After her face collided with comedian Leslie Jones’ umbrella to kick the night off, former Sports Illustrated Swimsuit model Chrissy Teigen decided that 15 minutes before the ball drop was the perfect time to tell co-host Carson Daly and the world about the wonders of vaginal steaming. When the ball finally did drop, NBC somehow managed to fail to actually show it. Even guest star appearances by Teigen’s husband John Legend, Diana Ross, Jennifer Lopez, and Kelly Clarkson weren’t enough to keep viewers tuned in.

face mask / heat pad / vagina steam no I don’t know if any of this works but it can’t hurt right? *vagina dissolves*

Reactions to the NYE debacle:

NBC Is AWFUL!!!! What a horrible New Years program. They literally ruin everything they broadcast! #NBC

#nbc #RockinEve I’m embarrassed for America watching @chrissyteigen talk about vaginal steaming. Way to help me ring in the new year with family. Turning it to Fox now. ????

#nbc dropped the ball on this one. No countdown on the tv. Thanks. Happy New Years @NBCNews

#NBC #New Years Eve Way to go NBC for dropping the ball! Watched the show and didn’t see a ball, but heard about virginal steaming.

UPDATE: The networks will air the speech.