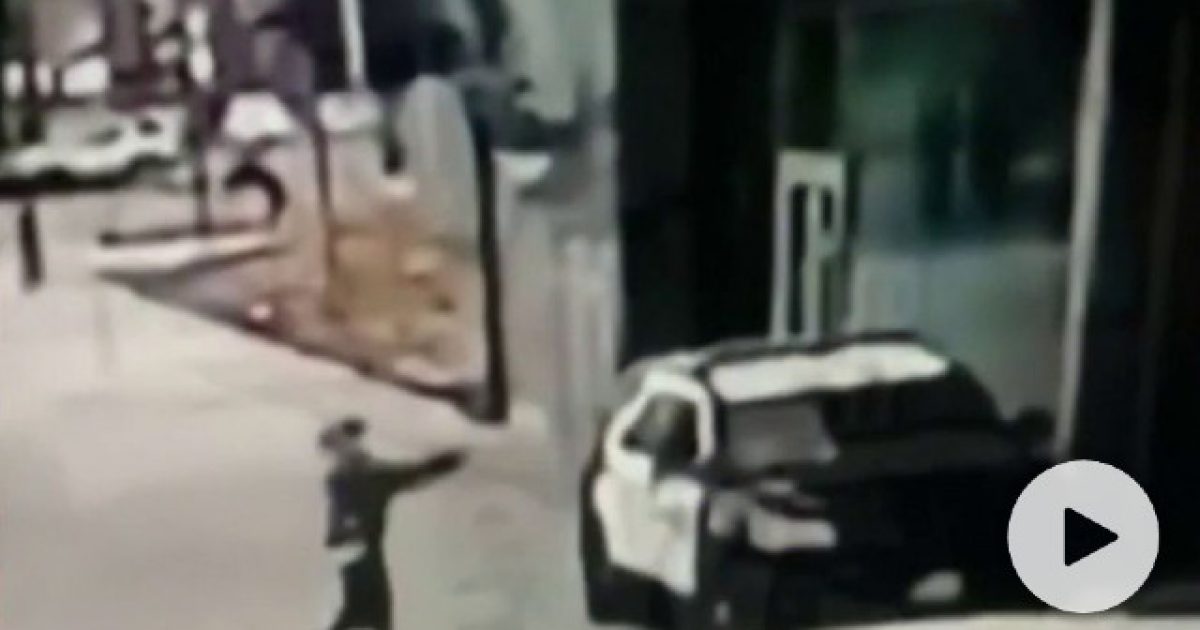 Police officials in Los Angeles announced they would be offering up a whopping $100,000 reward for any information on the gunman who ambushed and shot two sheriff deputies in Compton this past weekend.

The Los Angeles County Sheriff’s Department made the announcement Sunday, calling for any sort of information that might lead to arrests of those who committed this atrocious act of violence. A bit of video was captured of the ambush, showing an individual walking up to a stopped police vehicle and then opening fire before running away.

Both deputies were seriously injured, but are now in stable condition.

Moments ago, 2 of our Sheriff Deputies were shot in Compton and were transported to a local hospital. They are both still fighting for their lives, so please keep them in your thoughts and prayers. We will update this thread with information as it becomes available.

Update: One male deputy and one female deputy were ambushed as they sat in their patrol vehicle. Both sustained multiple gunshot wounds and are in critical condition. They are both currently undergoing surgery. The suspect is still at large.

Authorities said the two officers were sitting in their patrol car at the MLK Transit Center in Compton shortly before 7 p.m. Saturday when the shooter ambushed them – approaching the LASD vehicle from behind and firing several bullets inside.

Investigators are still looking for the attacker, whom they described as a Black man who appears to be between 28 to 30 years old and who was wearing dark clothing at the time of the shooting.

Both victims — a 24-year-old man and a 31-year-old mother of a 6-year-old — were sworn in just over a year ago, according to the L.A. Times report.

In another disgusting display, protesters actually tried to block the entrance to the hospital where the cops were being treated, going so far as to shout that they hoped the officers involved died.

Folks, Black Lives Matter is a group of individuals who have been swept up into the racially divisive narrative of the radical left, adopting Marxism cloaked under the guise of a battle for equality against systemic racism.

It’s important that we as a nation stand strong against this system of belief and continue to press for the truth, supporting good cops and working to dispel the falsehoods pushed by the mainstream media.