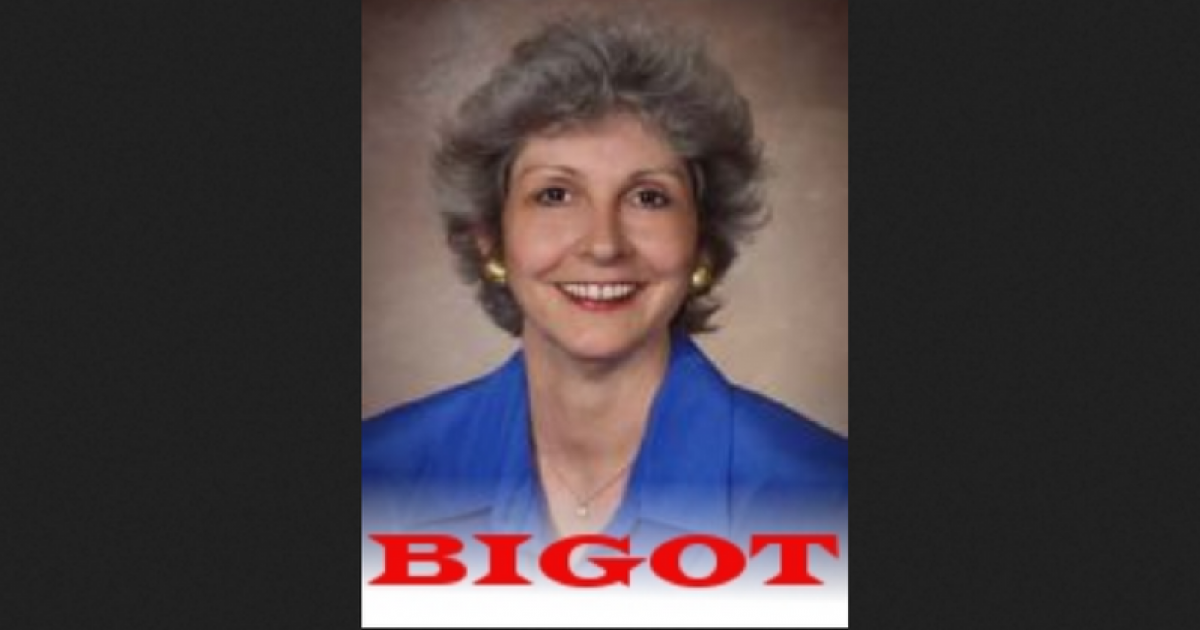 Just one week after Google was exposed by Vice News for including “nazism” as an ideology of the California Republican Party in their so-called “knowledge panel” function in their search results, Vice has discovered yet another incident of biased and misleading information about Republicans.

Now, it has been discovered that an adamantly pro-Trump Republican lawmaker’s “knowledge panel” used a dated picture of her–with the words “BIGOT” emblazoned across it.

Seriously, Google? You’re well on your way to global dominance and really can’t develop an algorithm to reject pictures of lawmakers with photoshopped words across them for your little knowledge panels?

Last week, they explained their “nazi” error like so:

“This was not the result of any manual change by anyone at Google. We don’t bias our search results toward any political party. Sometimes people vandalize public information sources, like Wikipedia, which can impact the information that appears in search.”

“We have systems in place that catch vandalism before it impacts search results, but occasionally errors get through, and that’s what happened here. This would have been fixed systematically once we processed the removal from Wikipedia, but when we noticed the vandalism we worked quickly to accelerate this process to remove the erroneous information.”

“Everyone sort of deserves the benefit of the doubt, but given the propensity for liberals — and Google is without a doubt on the left — to call folks on the right ‘Nazis,’ it strains credulity to call this little fiasco a complete and total accident. Though anything is possible,” wrote Michael Cantrell of Flag and Cross.

If Google’s explanation for that incident strained credulity, this most recent incident degrades the tech giants credulity even more, considering it was discovered just a week later by the same publication that was clearly looking for it.

How many more faulty “knowledge panels” are there out there, “informing” untold numbers of global citizens of biased and misleading facts?

Allum Bokhari of Breitbart News has the story on the latest incident:

Days after a story which showed it displayed “Neo-Nazism” next to search results for the California Republican Party, Vice has discovered that Google also displayed an image labeled “BIGOT” next to searches for North Carolina State Senator Trudy Wade.
“If you search “Trudy Wade” on Google, the search giant displays an old photo in the “knowledge panel” of its search results with “BIGOT” superimposed in big red letters” reported Vice.

The image is now removed.

Google apologized to Sen. Wade in a statement on social media.

Bokhari points to Google’s reliance on another highly biased platform for the clear prevalence of biased and downright false information in their results: Wikipedia. That’s what they blamed themselves, after all.

That ideology display was due to Google’s reliance on Wikipedia, an imprecise and easily-manipulated online encyclopedia, to source information for their “knowledge panels”, which often appear on the right of search results, containing key information about a subject.

In this case, the “BIGOT” image next to search results for Sen. Wade came from a 2012 blog post from a progressive activist, who opposed Sen. Wade’s support for traditional marriage.

And yet, for some reason, it’s all right-wing sites that get accused of “fake news”…