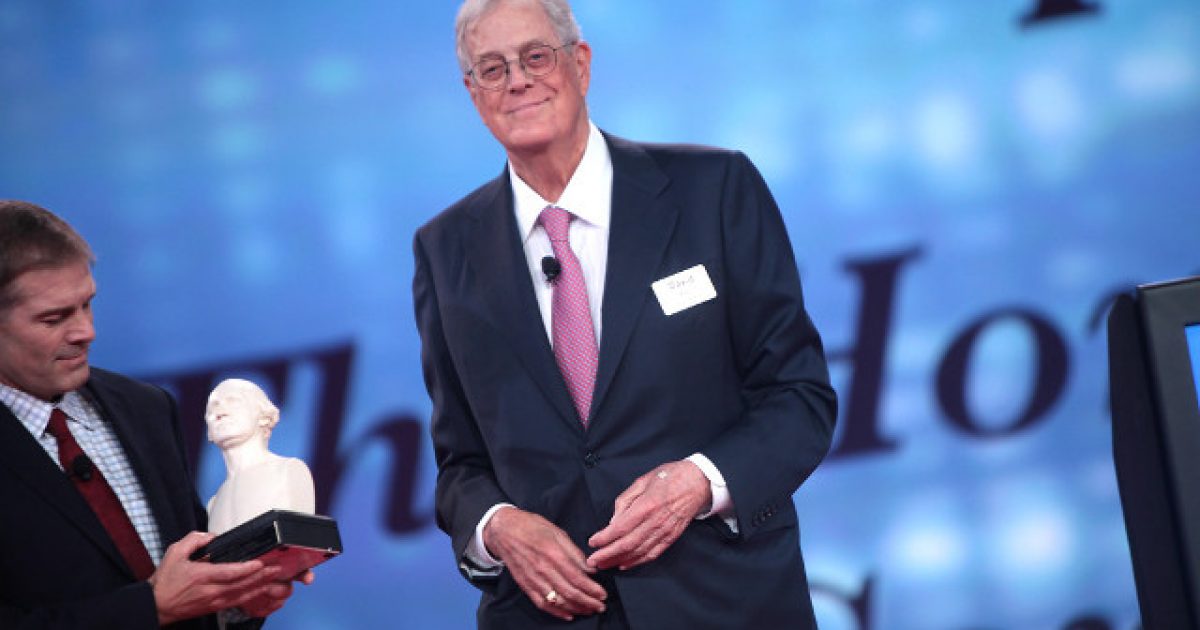 Billionaire libertarian David Koch has passed away at the age of 79, and as you might expect, the liberal media had a lot to say about the man, none of it really any good.

While we’re used to seeing the left trash folks on the right, especially when they die, the venom spit at Koch by liberals is appalling in every imaginable way. These people truly have no shame.

“David Koch was a villain who devoted his wealth to further enriching himself and his fellow plutocrats, while spinning us all toward environmental doom,” wrote Slate’s Jordan Weissmann. “I don’t believe in an afterlife, but if there is one, I hope his soul suffers for eternity.”

“David Koch is dead. Forget the fawning obituaries: the man spent his life funding campaigns to dismantle unions, drive down wages, slash benefits and destroy the planet. He was a monument to the grotesque greed of the billionaire class — and why we need to defeat them,” wrote Tribune Magazine’s Ronan Burtenshaw.

“I’m sure David Koch loved his grandkids or whatever, but the reality is that he and his greedy generation in Big Business and politics set the world on fire from Alaska to the Amazon, and now they won’t be around to watch the flames consume the rest of us,” tweeted Philadelphia Inquirer columnist Will Bunch.

“Seeing lots of headlines about David Koch’s death referring to ‘billionaire’, ‘industrialist’ or ‘libertarian’ Koch,” wrote Mehdi Hasan, a columnist for The Intercept and Al Jazeera presenter (tweet below). “Haven’t seen any refer to him as ‘climate denier’ Koch. But that’ll be his long-term legacy: funding the effort to downplay an existential threat to all of us.”

Isn’t that totally despicable? And that’s only scratching the surface of the awful things people are saying on social media. It’s so sickening and disheartening to see just how much we’ve all lost our humanity due to political differences.

The mainstream media has done a most excellent job of dividing us, and what’s truly tragic is that it seems most people are totally fine with this kind of behavior.

We should be better than this.

It Ain’t Over Yet: Special Prosecutor Appointed In Investigation Of Jussie Smollett