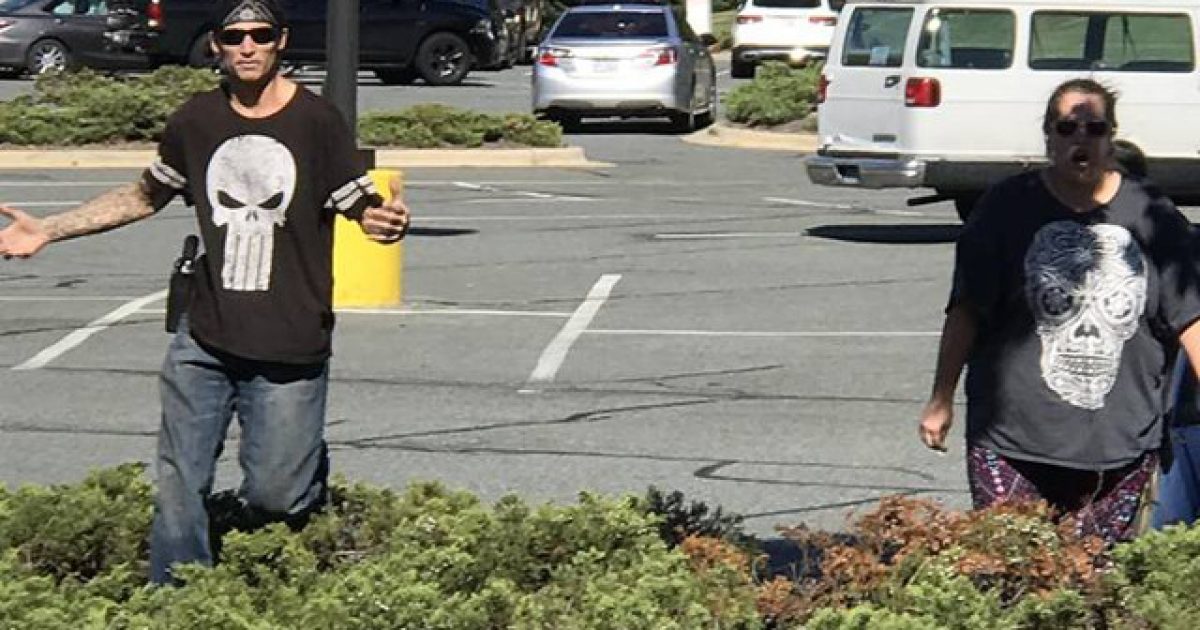 A black Republican volunteer working at a polling place in Charlotte was threatened at gun point by several angry white people who seemed as if they were most definitely about to do something really horrible.

Derek Partee was working at the Steele Creek polling place when the incident occurred. He later put up a picture of the three individuals on social media.

Partee posted photos of the three on Facebook, including a photo in which one heavily tattooed man can be seen openly carrying a pistol in a hip holster. Partee said he called the Charlotte-Mecklenburg Police Department and filed a report.

In a news release late Wednesday, CMPD said it had one person in custody who officers intended to charge in the case. The two others who were with the suspect will not be charged because police determined they violated no laws.

The suspect was carrying a BB gun, according to CMPD’s news release.

“Down here in Steele Creek working the polls just threatened by two white males (and) a white female who called me a N***a, Black piece of s*** and he exposed his weapon,” Partee wrote in his post, but using uncensored language. “I had to back off and call CMPD, folks are getting bold and forward in the time.”

In an interview with the (Raleigh) News & Observer Wednesday night, Partee said he arrived at the polling place around 2:30 p.m. when a fellow volunteer pointed out the three people in the parking lot who had been taking photos that day and previously. Partee, who is a retired homicide detective from New York, said he decided to take down the license plate number of their car — but before he could, the man with the apparent gun jumped out of the car and confronted him.

“They didn’t care whether I was a Democrat or a Republican, they just cared that I was black.”

Partee stated that around 6:30 p.m. he was still at the polls stumping for conservative candidates and none of the three people had returned.

Partee has lived in Charlotte for the last six years and has served as the vice chairman of the GOP’s group for the 12th Congressional District. He and other volunteers have been applying a lot of hard work to attempting to unseat Democratic Rep. Alma Adams, who is being challenged by Republican candidate Paul Wright.

Trump Calls for Unity Across America, Pelosi and Schumer’s Response is Typical