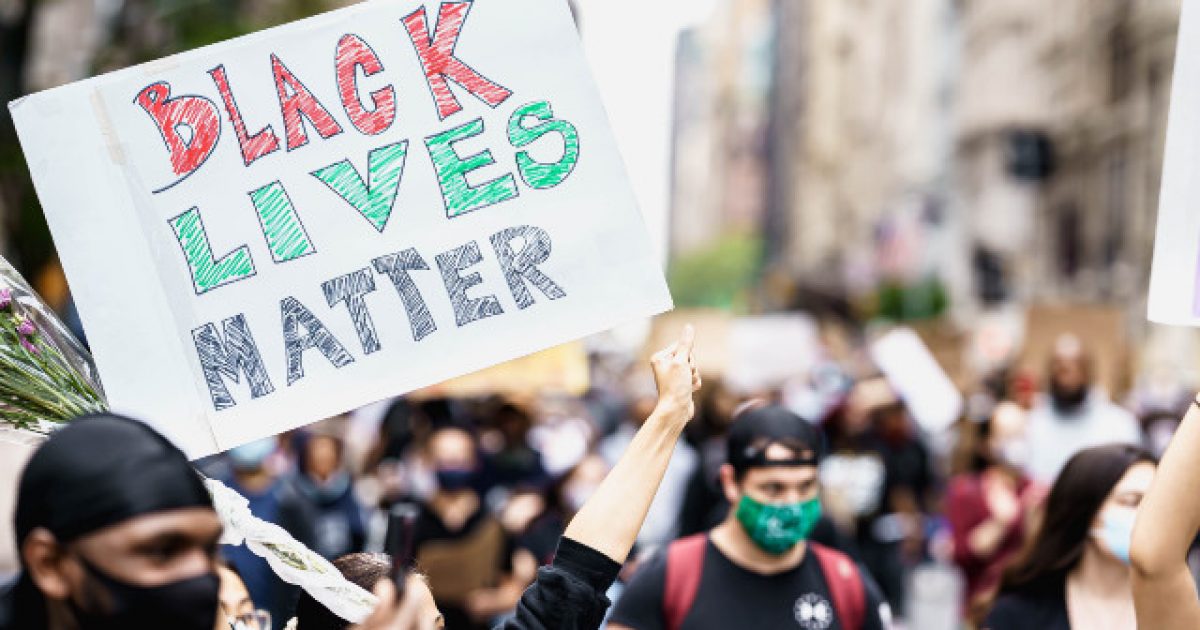 Pro-police activists clashed with Black Lives Matter protesters over the weekend in Bay Bridge Brooklyn, which happens to be an area where a lot of law enforcement officers tend to live.

Videos of the incident were plastered all over social media over Saturday and Sunday, which featured a number of brawls exploding between the “Back the Blue” group and BLM activists on Fourth Avenue and 65th Street. Things got so heated that police were required to put a stop to things. Five individuals were arrested.

One video features an officer being hit with an egg, and other videos show protesters blocking a police vehicle with an arrested BLM protester inside from moving through a crowd. However, the fracas escalated when one BLM protester’s confrontation with an NYPD officer ended with the protester being tased, handcuffed, and arrested.

“The NYPD no longer enforces the law. Cops are NOT allowed to make these arrest because Mayor DeBlasio prohibits arrest & encourages attacks, calling it peaceful protests he lies. When NYPD retreats the violence will come to YOU the people. BEWARE you’ve been WARNED!,” Ed Mullins, President of the Sergeants Benevolent Association, tweeted Sunday.

New York City Councilman Justin Brannan who is a representative for the area spoke out against the violence on Twitter. He also announced he’ll meet with the NYPD at the 60th precinct to talk about the constant protests and the NYPD response.

Things are getting so out of hand all across our great nation. People are so divided and full of hatred for one another. All of this is the result of propaganda pushed by the progressive movement who would do anything to cause strife and division, because these things lead to chaos, which inevitably leads to a justified need — in their eyes — of greater government intervention.