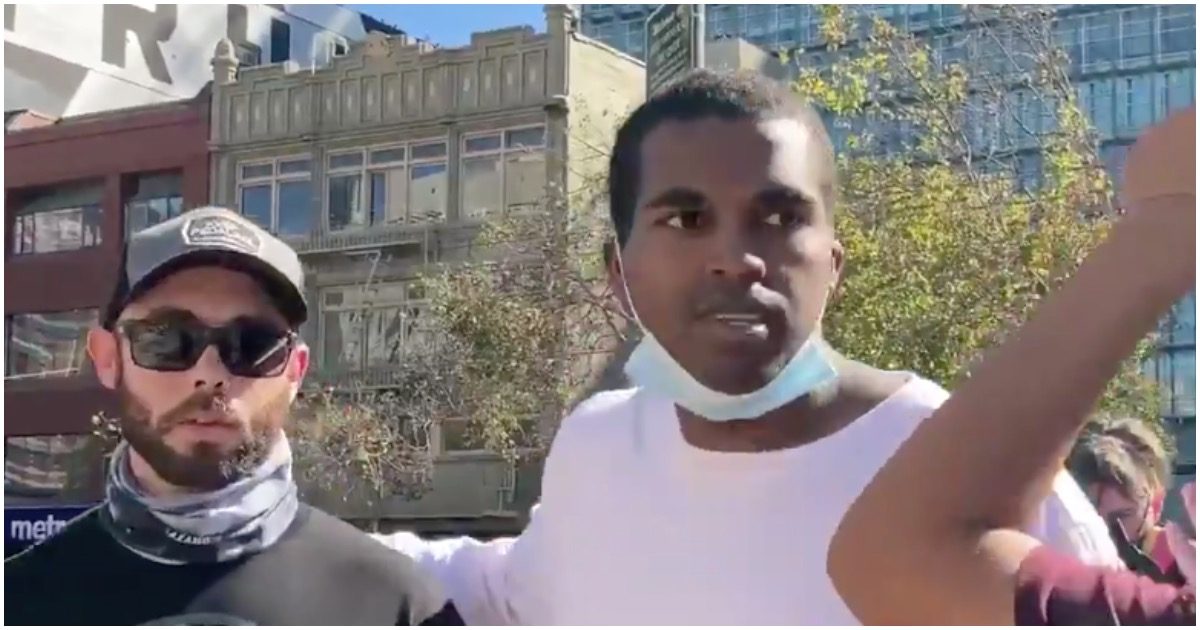 The hypocrisy of the left knows no bounds. They support black lives matter, yet do everything possible to stifle black conservatives – or anyone who goes against their point of view.

What liberals don’t understand is that they have become fascists, in that they attempt to shut down their political opponents.

What happens in the clips below shows just how ridiculously radical these future Joe Biden voters have become.

Something has to be done.

Philip posted his own message for Joe Biden…

Joe Biden, do you still think that Antifa is “just an idea” ? pic.twitter.com/UECmU39Tx6

Here are some more clips from the Saturday event…

BREAKING – Trump supporters reportedly attacked by #ANTIFA in San Francisco; evacuated from the scene in SFPD vans; at least 12 injured.pic.twitter.com/3gBJ3uEzef

as missile are hurled and antifa cowards verbally abuse him and the policehttps://t.co/1EyEg8YSKb

Antifa terrorists run off others trying to attend the rallyhttps://t.co/rQOaVqx8pP

Next Debate Moderator Was Registered Dem, Celebrated Christmas With Obamas In 2012