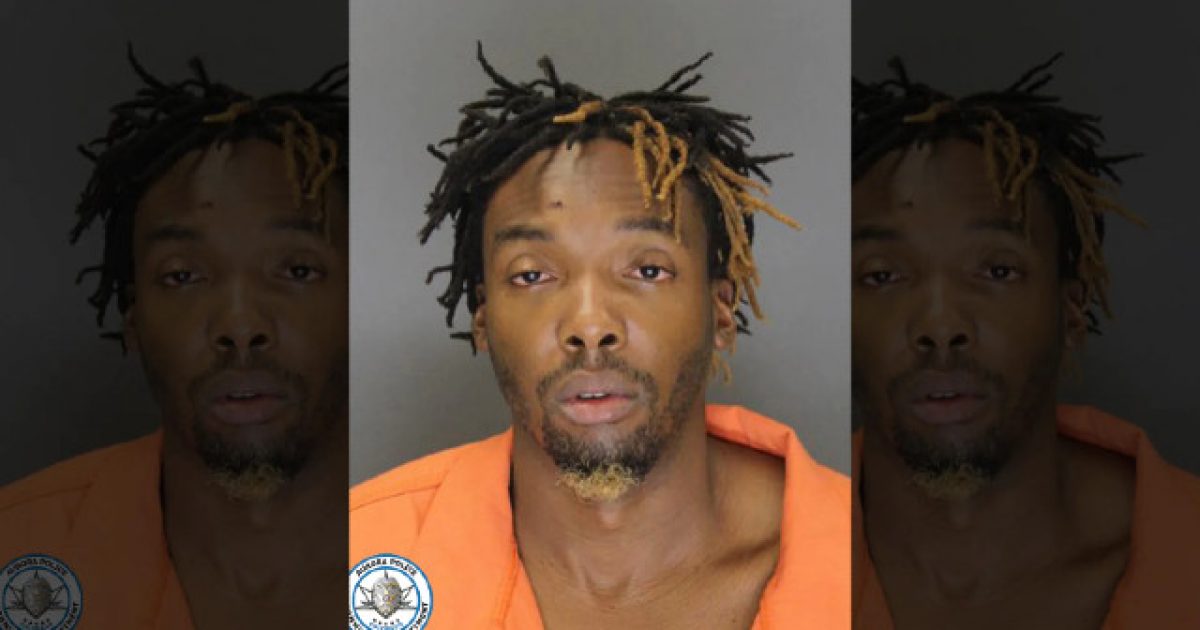 The Aurora Police Department arrested 30-year-old Steve Sinclair, a black man, earlier this week for and are charging him with a hate crime and attempted murder after he allegedly stabbed a white man while yelling, “Black Lives Matter.” The white man was attempting to run away from him at the time.

Folks, these are the kind of violent miscreants that are involved in Black Lives Matter. They are dangerous, and they won’t think twice to put a bullet or a blade in you. Be prepared to defend yourselves at all time. That’s why the Second Amendment exists.

“An arrest affidavit says Sinclair used a knife to stab 29-year-old Michael Conner who was transported to the hospital for his injuries and a collapsed lung,” 9News reported. “Conner, a white male, told police while at the hospital that Sinclair, a Black male, shouted ‘Black lives matter!’ prior to stabbing him.”

The local NBC affiliate reported that it was not exactly clear what happened in the moments leading up to the attack but that people who witnessed the attack said that Sinclair approached Connor and said, “I’m going to kill you and your dog.”

“One witness said Conner tried to run away and defended himself with a stick,” the station added. “Sinclair continued saying, ‘Black lives matter’ to police when they arrived according to the first officer on scene. That officer wrote that Sinclair had his hands up and said ‘I stabbed him, I’m a psychopath,’ refused to sit down and ‘insisted’ that officers should shoot him. He was arrested without incident according to the report.”

The victim in this incident is said to be seriously injured and will not be able to return to work for six weeks. Not only did this psychopath do bodily harm to someone, he also wrecked their finances too.

The Colorado Bureau of Investigation has stated that the hate crime charge is “felony ethnic intimidation.”

To be honest, all of the individuals rioting and looting should be arrested and charged with this very same hate crime. Or better yet, face charges of terrorism, because that’s what they are engaged in, right?

Trying to force political change through intimidation and violence?

Here’s to hoping something is done to bring this madness to an end.

Remember: Biden Says Nobody Told Him About Conflict of Interest with Burisma, There’s Proof He’s Lying

Rand Paul Assaulted Outside RNC, Says He’d ‘Be Dead If It Weren’t For The Police’