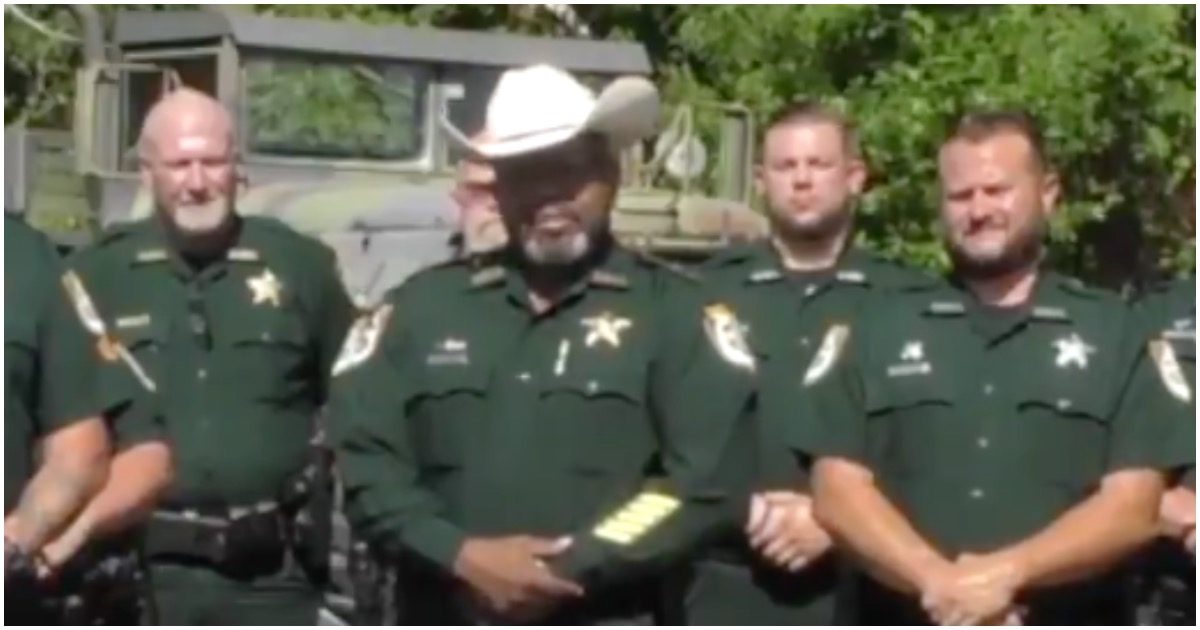 You don’t want to mess with Sheriff Darryl Daniels. He has put his foot down when it comes to violent leftist protesters – and he means business.

Here’s the deal, via NYP:

A sheriff in Florida said he’s ready to deputize every gun owner in his county if violent protests erupt.

Clay County Sheriff Darryl Daniels issued the warning in a three-minute video Wednesday, saying he was ready to enlist the help of civilians if there are any demonstrations his deputies can’t handle alone.

Daniels said, “If we can’t handle you, I’ll exercise the power and authority as the sheriff and I’ll make special deputies of every lawful gun owner in the county.”

A bunch of future Joe Biden voters decided to ambush police officers in Tampa Bay this past Saturday night. These are most likely the kind of people who don’t have to use “COVID” as an excuse for the reason they don’t have a job.

They were probably unemployed to begin with.

Why aren’t Democrat “leaders” speaking out on this violent behavior?

As officers took one person into custody, the crowd surrounded officers and threw glass bottles, while several subjects jumped on one of the officer’s cars.

Tampa chief Brian Dugan said, “There were hundreds of them. Hundreds. We ended up having to call every single police officer that was available that night to respond there, from New Tampa to South Tampa.”