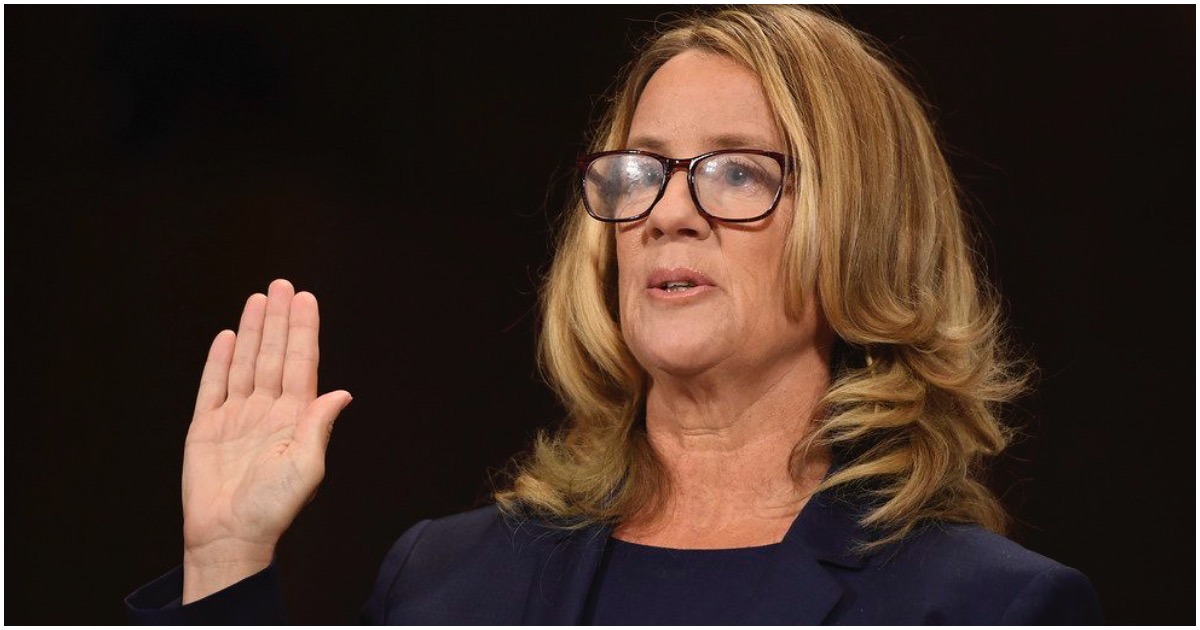 Democrat Senator Dianne Feinstein sat on a letter from Christine Blasey Ford for months before deciding to go public.

Then, the country saw how the Brett Kavanaugh circus unfolded.

What’s odd is that a new book claims Ford completely scrubbed her social media footprint weeks before sending the letter to Feinstein.

But according to a new book set for release on Tuesday, penned by two prominent conservative politicos, Blasey Ford “completely scrubbed” her digital footprint weeks before sending the sexual assault allegation to Sen. Dianne Feinstein (D-CA) in the form of a letter.

Fox News contributor Mollie Hemingway and her co-author, Carrie Severino of the Judicial Crisis Network, suggest in “Justice on Trial: The Kavanaugh Confirmation and the Future of the Supreme Court” that this social media history scrubbing had been done to cover up Blasey Ford’s far-left politics and her expressed “antipathy” toward President Donald Trump, who tapped Kavanaugh for the position on the highest court.

As reported by the Washington Examiner, the book outlines how Blasey Ford was portrayed by the media as “politically moderate,” even though “her acquaintances reported Ford’s profile on social media ‘had been notable for its extreme antipathy to President Trump.’”

“Additionally, her political views ‘ran decidedly to the left and were at variance with most of her family’s,’ and Ford’s friends on Facebook said she ‘regularly expressed hostility’ toward the Trump administration, they said,” the Examiner noted, adding that Blasey Ford’s social media “was ‘completely scrubbed’ about the time Kavanaugh was tapped for the Supreme Court in early July 2018.”

Megan Rapinoe Just Destroyed Her Own ‘Equal Pay’ Argument, & It’s All Thanks to Capitalism

WATCH: Ocasio-Cortez Not Only Wants to Eliminate ICE — She Wants DHS Gone, Too