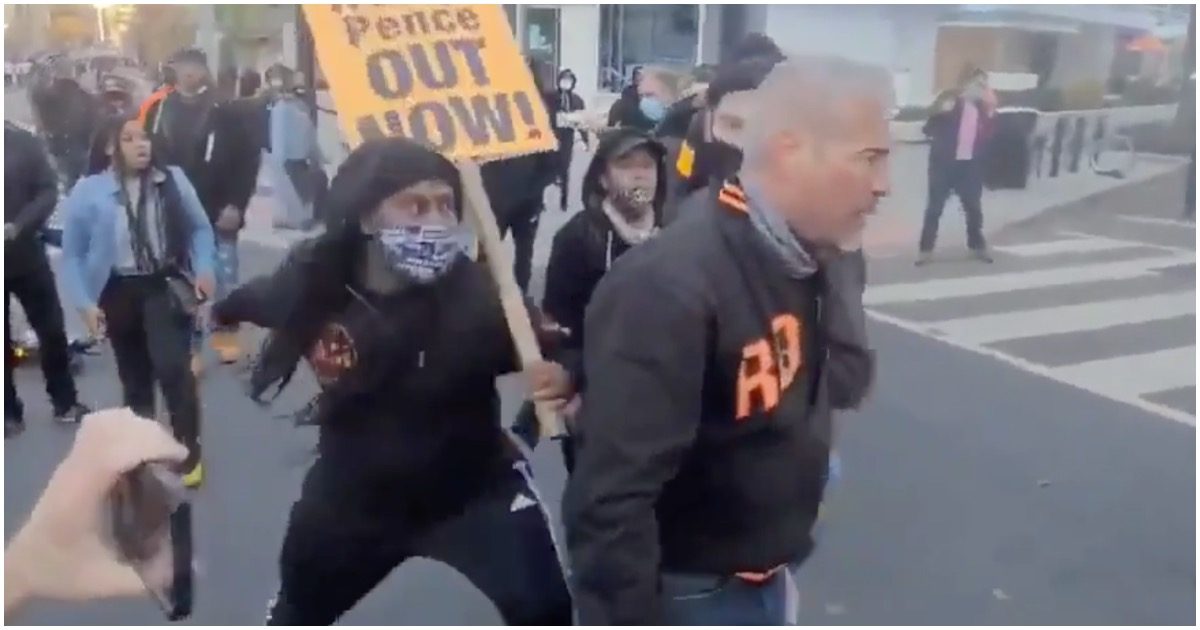 Showing support for the president of the United States. That’s it. That’s all it takes to get a whoopin’ from Democrats disguised as “antifa” and “black lives matter.”

If these mongrels knew the truth about POTUS, they all would’ve voted for Trump. Never once has The Donald shown himself to be a racist. Biden, on the other hand? Clear racist, going back decades.

Check out some of the nonsense that went down in Washington DC on Saturday.

BREAKING 3 Trump supporters are eating outside at a restaurant, 2 blocks from the White House. 16th & K St. A large group confronts them. Someone throws what appears to be fireworks. Moments later, police push back a crowd that wants to confront Trump supporters: @nbcwashington pic.twitter.com/B8NDOTE0MJ

The side that is always referred to as “peaceful” is almost never peaceful pic.twitter.com/dTodoHjh8H

Look at all this unity @JoeBiden. Denounce it. Now. pic.twitter.com/Lfyy4HOBHs

You can hear see and hear the female Trump Supporter cry in fear pic.twitter.com/No1QDp4KLd

DC police make some arrests and use pepper spray as they push back the anti-Trump crowd. pic.twitter.com/FrVmNK6JZC

UPDATE – Large #Antifa mob gather outside the Hilton hotel in D.C. where some #MAGAMillionMarch attendees are staying for the night.pic.twitter.com/vbZypHdxYT

Make a list of all of the reporters who tried to dunk on the #MarchForTrump rally not being one million people and who are now ignoring the violent attacks caught on tape.

That list is how you confirm they are part of ANTIFA.

ICYMI: Gingrich Explains How Election Corruption By Anti-Trumpers Is Widespread