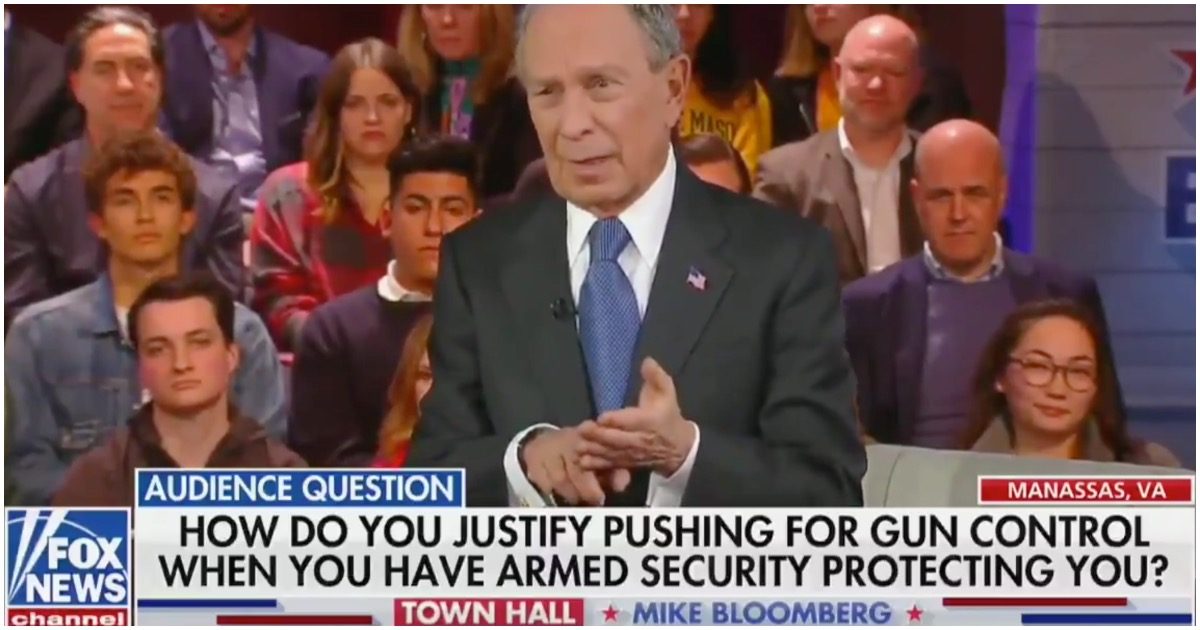 2020 Democrat presidential candidate Michael Bloomberg was asked if his life matters more than that of the average citizen during a Fox News town hall on Monday evening. In short, “Mini Mike” seemingly dodged the question and said he faced more threats than others due to being wealthy and the former mayor of New York City.

In other words, yes, Mike’s life is more valuable and deserves to be safeguarded by retired police officers because he has the ability to pay for his detail. But you really shouldn’t be able to defend yourself even though you can afford a firearm.

Check it out for yourself, via Free Beacon:

Democratic presidential candidate Michael Bloomberg incorrectly asserted Monday that background checks are not required to be performed on gun sales done at gun shows or over the internet.

Michael Bloomberg is ENDED by a citizen on gun control:

"You have an armed security detail that is likely equipped with the same firearms and magazines you seek to ban the common citizen from owning. Does your life matter more than mine or my family's?" pic.twitter.com/LawKcwJEwl

He never directly answered the question in this clip and essentially told the guy “Yes, my life is more important because I’m rich and famous. I get death threats all the time.” 😐 because the poors never get death threats right?

Bloomberg is the best argument I’ve ever seen for wealth confiscation.

And Bloomberg’s initial response infers yes, his life is more important, as a wealthy man and presidential candidate.

you want to grab my guns while your own security guys carry them, why should you have more rights than I do
YEAH UM HELLO I'M RICH AS HELL https://t.co/ZzOgHMl3lj

Bloomberg told MacCallum and Baier that, if elected, he would also end another one of Trump’s customs.

A Bloomberg administration would be visibly lacking in West Wing tweets.

Mike certainly isn’t expected to win the far-left party’s nomination this summer, at least not by himself.

But if he added Hillary Clinton to the mix he might give himself a slightly better chance. 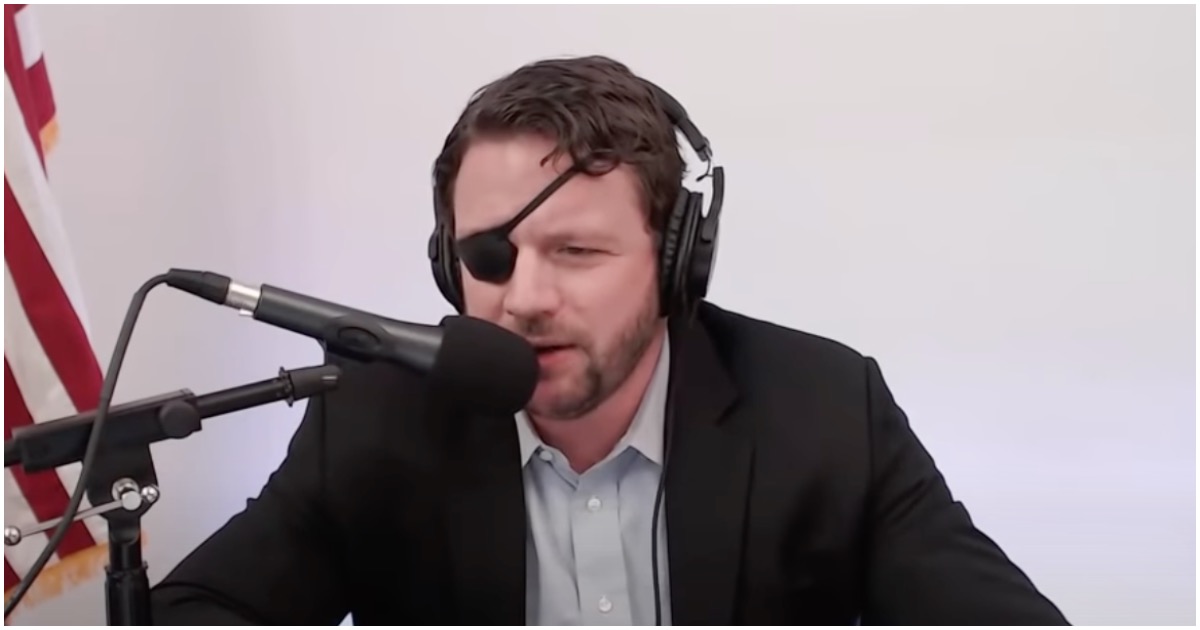 Texas Congressman Dan Crenshaw (R) is a proud American who served his country as a Navy SEAL. While fighting overseas for his countrymen, Dan suffered a devastating eye injury in 2012 – which is why he has to wear the patch. On Saturday, Crenshaw revealed that a botched surgery led to temporary complete blindness. He is asking for your prayers. LOOK: https://twitter.com/DanCrenshawTX/status/1380900479786496009?ref_src=twsrc%5Etfw%7Ctwcamp%5Etweetembed%7Ctwterm%5E1380900479786496009%7Ctwgr%5E%7Ctwcon%5Es1_&ref_url=https%3A%2F%2Ftherightscoop.com%2Fprayers-dan-crenshaw-goes-off-the-grid-after-terrifying-prognosis-results-in-sudden-surgery-temporary-total-blindness%2F More from The Guardian: The Texas Republican congressman Dan Crenshaw said on Saturday that he had undergone eye surgery and would be “effectively blind” for a month. Crenshaw, 37, is a veteran of the elite navy Seals force. He lost his right eye and sustained damage to his left eye in Afghanistan in 2012, when a bomb exploded. VIDEO: https://www.youtube.com/watch?v=CkS3aGNI9-w Send your prayers Dan’s way!!

Guess who the aide is blaming!? It’s hysterical. 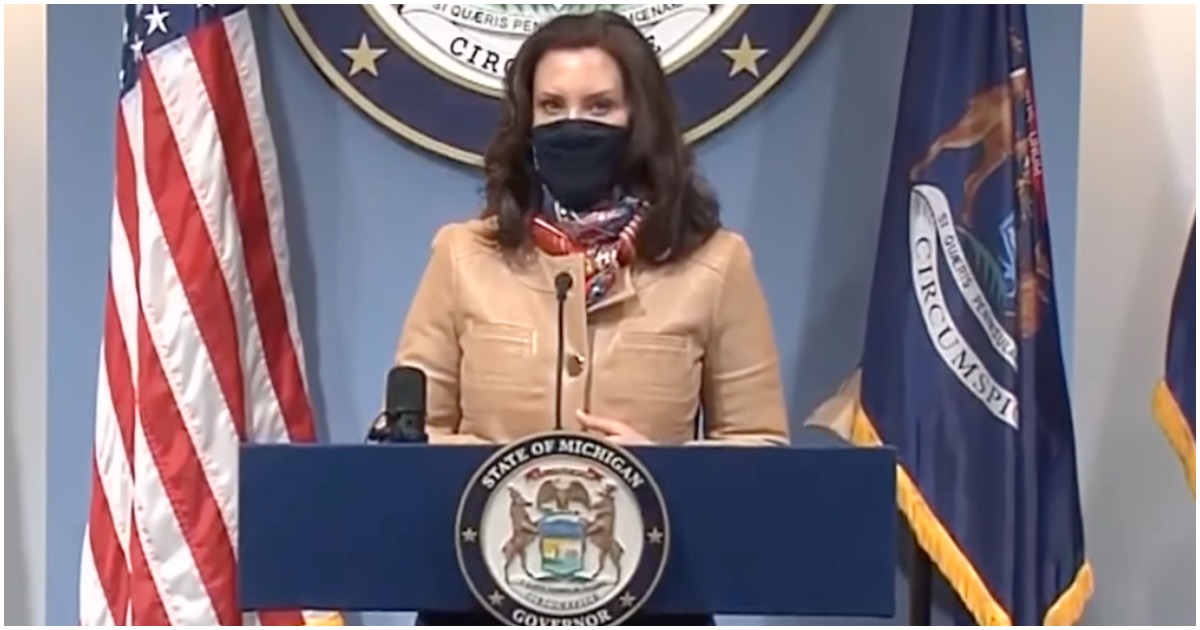 Gretchen Whitmer is one of the worst politicians in America today. She’s up their with the likes of Pelosi, de Blasio, Newsom, Cuomo, and Schumer. It’s bad. Check this out, via Fox News: A top aide to Michigan Gov. Gretchen Whitmer vacationed in Florida after the governor urged residents against traveling amid worst-in-the-nation Covid transmission rates in the state. Tricia Foster, the governor’s chief operating officer, posted photos to Facebook of herself vacationing in Siesta Key earlier this week. Screenshots of the post, obtained by The Detroit News, show Foster confirming she was in Siesta Key. “Are you in Siesta Key? I swear I saw you walking today,” one Facebook friend commented on Foster’s post. “Likely,” Foster replied. LOOK: https://twitter.com/JesseKellyDC/status/1380983425780350978?ref_src=twsrc%5Etfw%7Ctwcamp%5Etweetembed%7Ctwterm%5E1380983425780350978%7Ctwgr%5E%7Ctwcon%5Es1_&ref_url=https%3A%2F%2Ftherightscoop.com%2Ftop-aide-to-lockdown-whitmer-busted-in-fl-spring-break-shenanigans-days-after-gov-warns-plebes-not-to-go-blames-white-nationalists%2F Obviously this is all Breitbart’s fault! HAHA. https://twitter.com/Breaking911/status/1380982704804671492 VIDEO: https://www.youtube.com/watch?v=uahoP2r0XwA 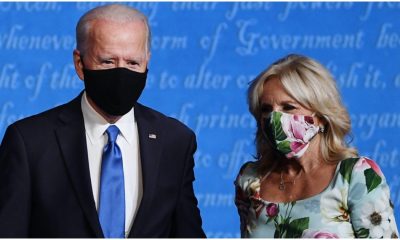 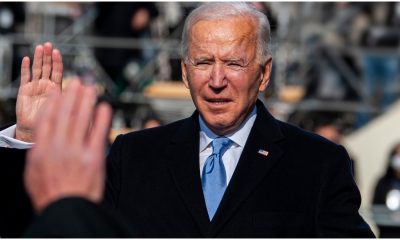