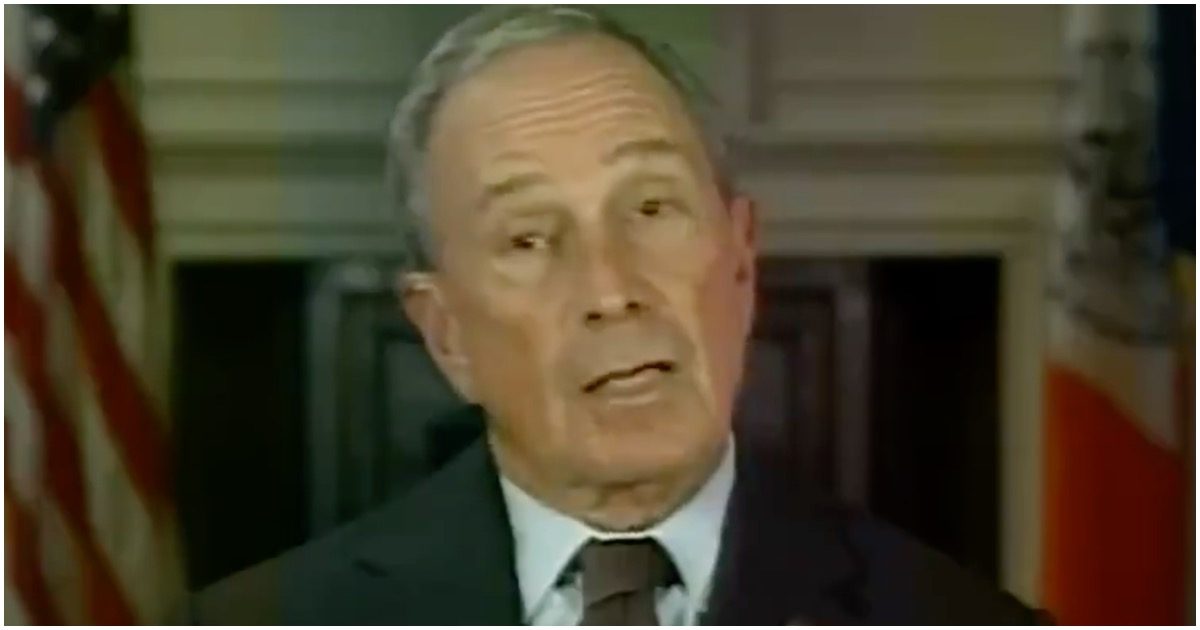 If Michael Bloomberg was running for president as a Republican, the mainstream media would literally force him to drop from the race after several cringeworthy videos resurfaced. For instance, just the other day the former mayor of New York City said elderly patients should be denied care past a certain age.

He was then busted for completely mocking farmers, basically calling them rubes by saying he could personally “teach anyone” how to farm. He also allegedly told an employee to “kill” her baby.

While promoting a $127 million, three-year initiative to help minorities in the workplace in 2011, then-New York City Mayor Michael Bloomberg declared that there’s “this enormous cohort of black and Latino males” who “don’t know how to behave in the workplace” and “don’t have any prospects.”

Speaking to PBS in the 2011 interview, Bloomberg noted that he had donated $30 million from his foundation to Open Society Foundations, the network established by liberal billionaire financier Goerge Soros, toward the new plan to enhance employment among minorities.

Bloomberg on Black and Latino males between 16-25: pic.twitter.com/kaJpr46Tro

Mike on the elderly:

Dems don’t want you to know being denied care is the reality of the government-run healthcare they want.

Bloomberg was the first to slip & admit it:

If you're 95 years old & have cancer, "we should say go & enjoy…there's no cure & we can't do anything." pic.twitter.com/VXJNH3XetK