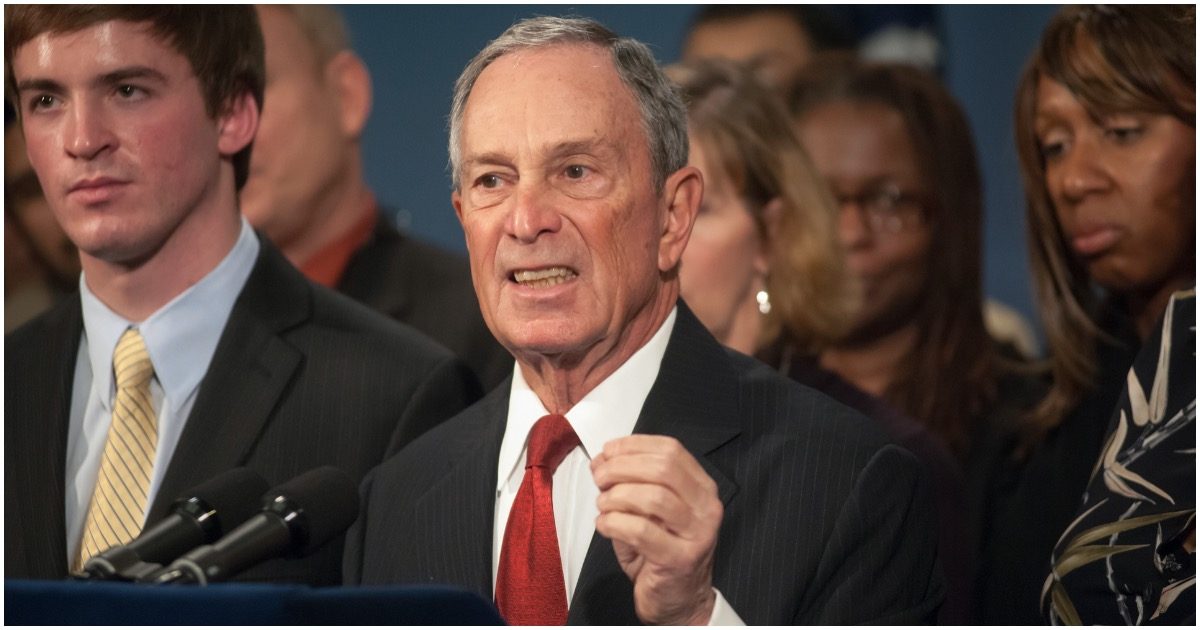 2020 Democrat presidential candidate Michael Bloomberg built a media empire that has already pretty much said it won’t go after the billionaire for any reason. He’ll get away with everything he says, no matter how false or misleading. Like this new ad, for example. Bloomberg won’t care, not one bit. From Daily Wire:

The video then lists hundreds of “school shootings,” eventually reaching the number 263.

Bloomberg once claimed that he earned his spot in heaven thanks to his nanny state policies. You read that correctly.

The far-left billionaire says he has a first class ticket to heaven, “if there is a God,” because he did what he could to prevent people from enjoying their rights as Americans.

Bloomberg made the remarks in a 2014 New York Times article detailing his plan to drop $50 million on gun control efforts, targeting the NRA.

He said, “I am telling you if there is a God, when I get to heaven I’m not stopping to be interviewed. I am heading straight in. I have earned my place in heaven. It’s not even close.”

ICYMI: Michelle Obama Heads Overseas, Says U.S. ‘Still Not Where We Need to Be’ On Race