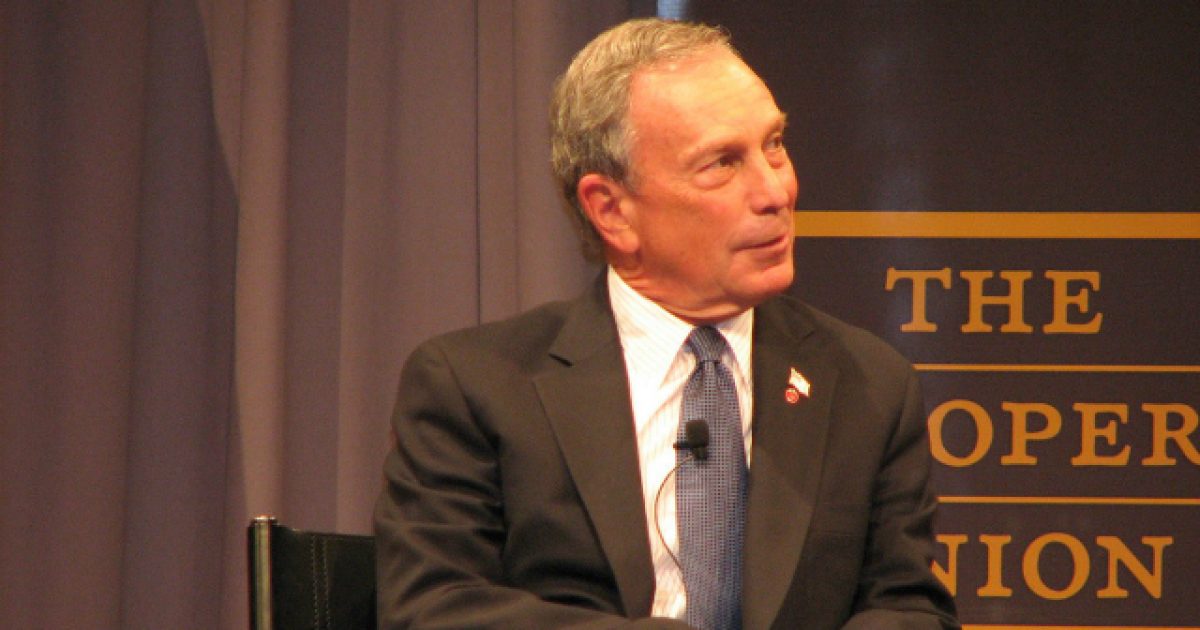 Democratic presidential candidate and former mayor Michael Bloomberg has been getting raked over the coals for the last few weeks as more and more video footage continues to be unearthed of him saying rather unsavory things that seem to be turning off leftist voters everywhere.

First, it was video of him saying rather racist things concerning the Stop and Frisk policy in New York City, then comments about women popped up, then statements about allowing elderly people with cancer to die, and now a comment about him being able to teach anyone to be a farmer.

This guy was obviously delusional to even consider a run for president with this kind of stuff in his closet. No amount of campaign spending for commercials is going to save him now.

A clip of Bloomberg lecturing at Oxford University’s Saïd Business School in 2016 resurfaced over the weekend and sparked outrage from the Left and the Right on Twitter. In the footage, the former New York City mayor said that people need more “gray matter” to do the technological jobs of the Information Age than those in agrarian or industrial societies.

“The agrarian society lasted 3,000 years,” he said. “I could teach anybody … to be a farmer. It’s a process. You dig a hole, you put a seed in, you put dirt on top, you add water, up comes the corn.

“Then we had 300 years of the industrial society. You put the piece of metal on the lathe, you turn the crank in the direction of the arrow, and you can have a job,” Bloomberg continued.

The now-presidential candidate went on to distinguish the “information economy” from all preceding time periods.

“The information economy is fundamentally different because it’s built around replacing people with technology, and the skill sets that you have to learn are how to think and analyze, and that is a whole degree level different,” Bloomberg said. “You have to have a different skill set. You have to have a lot more gray matter. It’s not clear the teachers can teach or the students can learn.”

The relevant portion of the video below can be found at the 42 minute mark.

A one-minute clip from the Bloomberg lecture stirred up the hornet’s nest on social media, with folks on both sides of the political spectrum ripping into Bloomberg over his idiotic comment.

The arrogance and ignorance of Mini-Mike about American Agriculture today is alarming. He has NO idea how technical farming is today-made harder by a gov't made of guys like him who make it harder w/ idiotic regulations. Don't let this guy NEAR the @WhiteHouse https://t.co/m6AV4gYTGE

This is embarrassingly ignorant and condescending. https://t.co/WaRtfP5JHK

With this many skeletons in the closet, this many awful things said in the past, what in the world possessed Bloomberg to run for president and honestly think he has a chance of winning?

Oh. That’s right. He thought that he could buy the election through tons and tons of advertisements blitzing everyone on every network and social media platform known to man.

Sorry, but that’s not how this works.