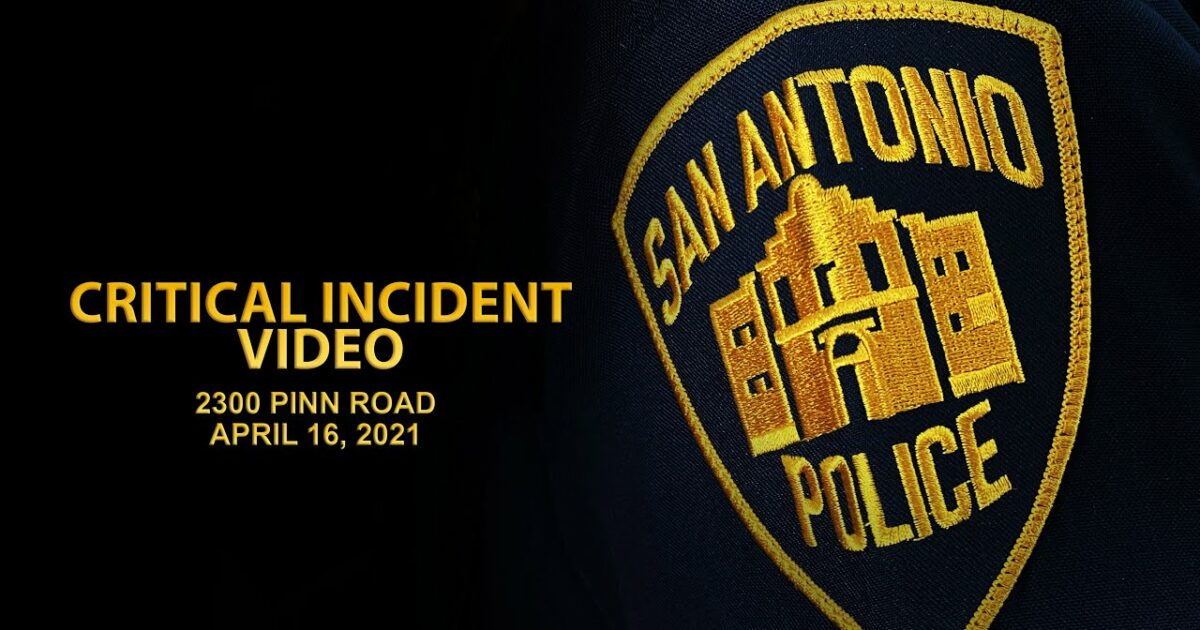 For a cop, there is no such thing as a “routine traffic stop.” An interaction with a suspect can turn deadly in an instant, as it did for San Antonio, Texas, police Officer Tyler Sauvage on a late morning traffic stop on the west side of San Antonio on April 16.

A San Antonio Police Department policy went into effect in December that requires the department to release body camera footage from all officer involved shootings within 60 days.

According to a KSAT-TV report and the accompanying police department video, Officer Sauvage pulled over a blue pickup truck and approached the vehicle. The driver and front-seat passenger were both men. A woman was seated in the back.

Sauvage asked the front seat passenger to stop “going through his pockets” and “asked the driver to turn off the car and to place the keys where he could see them.” The driver, although calm, refused to comply with Sauvage’s requests.

Finally, he turned off the vehicle and set his keys on the dashboard.

The officer asked for the ID of the front seat passenger.

The officer said he smelled marijuana and asked the driver, later identified as Sammy Barbosa, 33, to step out of the car.

Barbosa said that he had smoked marijuana earlier, but did not have any in his possession. He still refused, although calmly, to get out of the car.

The narrator of the video, San Antonio Police Lt. Jesse Salame, said the front seat passenger, later identified as Alex Garcia, 25, is heard asking the back-seat passenger for a gun.

Sauvage then jerked the pickup truck’s door open and Barbosa continued to ask why he needed to get out of the car. “Why, man, why?”

In an instant, the front seat passenger opened fire on the officer. Sauvage was hit on the finger of his right hand. He took cover behind his police vehicle and accidentally dropped his gun. With a bloody hand, he retrieved his weapon.

Either his gun had been hit or he may just have had a bad grip due to his hand injury, but the officer kept having to rack the slide. With tremendous effort, he managed to return fire. Realizing his radio was no longer operative because it had been hit by gunfire, he yelled to anyone who could hear him to call the police.

The gunman had stopped firing at this point, but the officer continued to fire. The narrator tells us he did so because he saw movement inside the pickup truck and “fears he will be shot again by the suspect.”

When it was over, Barbosa and Garcia were dead and the woman in the back seat had been shot, although she recovered from her wounds.

KSAT broadcast a segment about the incident on Thursday. The report can be viewed here, but I don’t think I’m imagining that the network’s anchors have taken the side of the driver’s family. The male anchor announced two new videos “showing deadly encounters with San Antonio police.” Viewers were told several times that the police video shows their (the police department’s) version of events. “They do not show the entire incident,” the female anchor said as she shook her head up and down.

And, sounding almost conspiratorial, the male anchor assures his audience, “We’re going to talk about that a little later.”

The narrator on the KSAT broadcast started by telling viewers, “This is a heavily produced video.”

According to KSAT, Barbosa’s family saw an unedited version of the video. Family members had a different interpretation of events from the police version.

Barbosa’s nephew spoke to KSAT and said, “I don’t understand why the officer would shoot first at the driver knowing that he was compliant and that he didn’t have any weapons, then shoot at the person second who’s firing at him.” What followed was talk about Barbosa as a father whose son was about to celebrate his sixth birthday.

First, although Barbosa wasn’t rude, he wasn’t compliant. It took three requests for him to turn off the car and place his keys on the dashboard. And rather than stepping out of the car, he continued to ask why.

The one thing all police shootings have in common is a suspect who refuses to obey the most simple of commands:

“Turn off your car and set your keys where I can see them. Please step out of the car. May I see your identification.” None of these are unreasonable requests.

It all boils down to unwarranted resistance. In most cases, it really is all that simple.

But for cops, it’s never routine.