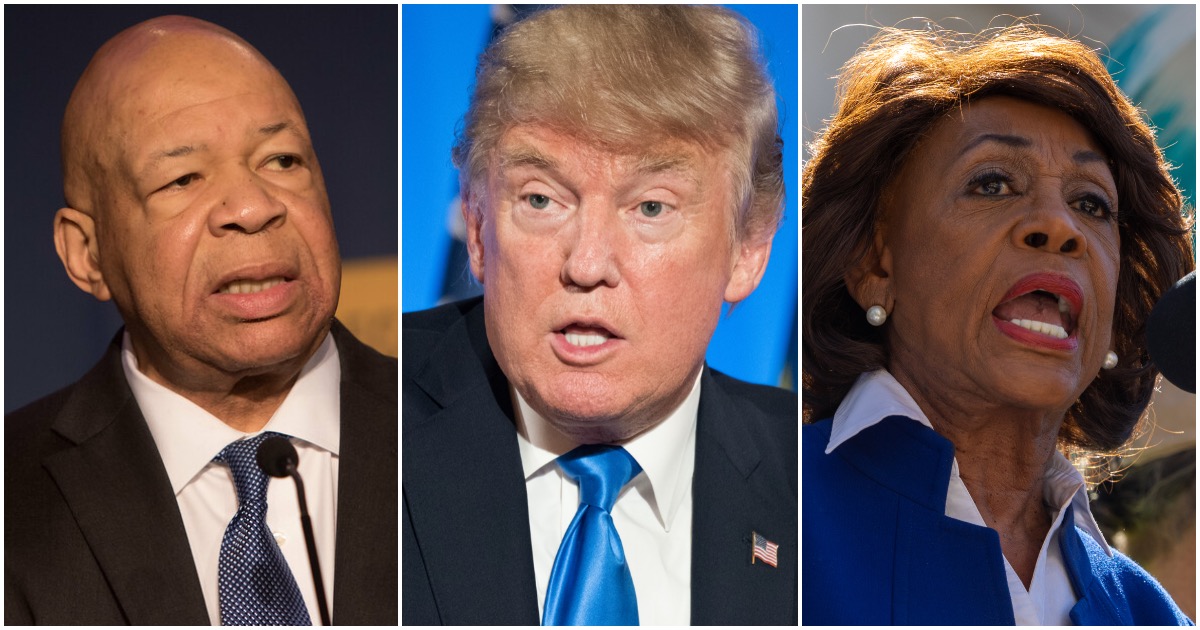 Is it possible that Democrats are so angry with a thriving economy and record-low unemployment numbers for minorities that they are willing to sabotage President Trump’s entire presidency?

Furthermore, the Mueller report revealed no evidence of collusion with the Russians.

POTUS wants to see Americans do well, keep as much of their money as possible, and protect the borders.

The fact that Dems are still colluding behind closed doors to destroy Trump is as low as it gets, but they don’t care – that’s the problem.

We learned that Dem Chairmen have secret Memos of Understanding to coordinate their partisan “investigations” on the President.

We learned that Dem Chairmen have secret Memos of Understanding to coordinate their partisan “investigations” on the President.https://t.co/PRSx47CorT

Chairman of the House Oversight and Government Reform Committee Elijah Cummings and Financial Services Chairwoman Maxine Waters executed a secret Memorandum of Understanding to “target” President Trump and subpoena all his financial and banking records, according to a letter sent to Cummings from ranking committee member Rep. Jim Jordan.

Further, Jordan’s letter indicates that other MOUs have apparently been signed and agreed to with House Permanent Select Committee on Intelligence Chairman Rep. Adam Schiff, D-Ca, who has promised to continue investigations into the president despite findings by Special Counsel Robert Mueller’s office that there was no conspiracy between the Trump campaign and Russia. Attorney General William Barr released a summary of Mueller’s 400 page report several weeks ago and the redacted version of the report is expected to be released by the DOJ this Thursday.

Jordan emphatically objected to the secret MOUs and excoriated Democrats who “did not consult with Republican Members of the Committee or allow Members to consider and debate the terms of your MOU before executing the MOU with Chairwoman Waters. You did not disclose the MOU’s existence to Members or the American people until after I raised the matter.”

There are most likely plenty of expert criminals in politics all over the nation.

Rep. Maxine Waters (D-CA) thinks President Trump should be classified as such. This sort of silly talk is par for the course for Waters, and it doesn’t appear she’ll let up anytime soon.

Maxine says Mueller’s report is not the end of the Russia probe.