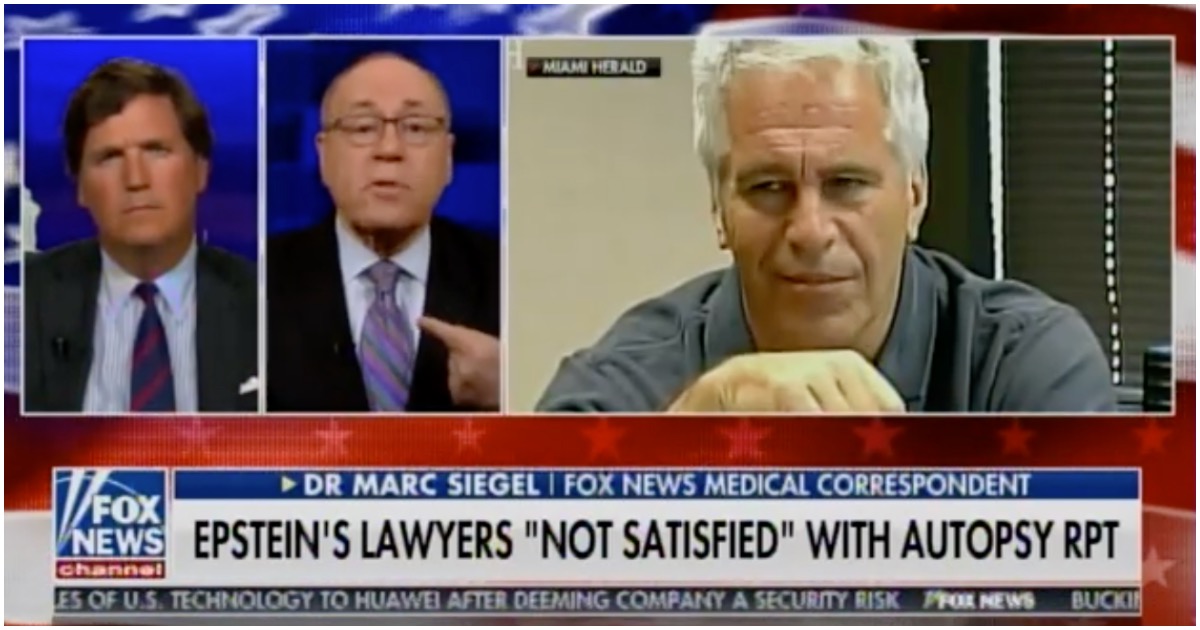 Appearing on Fox News’ “Hannity” on Monday night, Dr. Mark Seigel explained that Jeffrey Epstein’s death appears to look more and more like a homicide rather than a suicide.

Certainly seems plausible, given all the information we’ve learned over the past five-ish days.

Convicted pedophile and alleged sex trafficker Jeffrey Epstein reportedly had a $100,000 cement truck rushed to his mansion in the Virgin Islands late last year, just days before a bombshell report was published by the Miami Herald which ultimately led to his arrest.

Epstein “got the Carmix 5.5 XL self-loading concrete mixer delivered to Little St. James on November 7 last year,” the Daily Mail reported. “Epstein was in such a hurry that he paid for the machine up front so it would arrive sooner — even though it meant being responsible if it got damaged in transit.”

The timeline of events is important here, especially when taking into consideration other items that Epstein shipped to his other residences at times when he was facing legal troubles.

VIDEO: Ilhan Omar Crosses A Dangerous Line, Says Israel Not A ‘Democracy’ Or An ‘Ally’