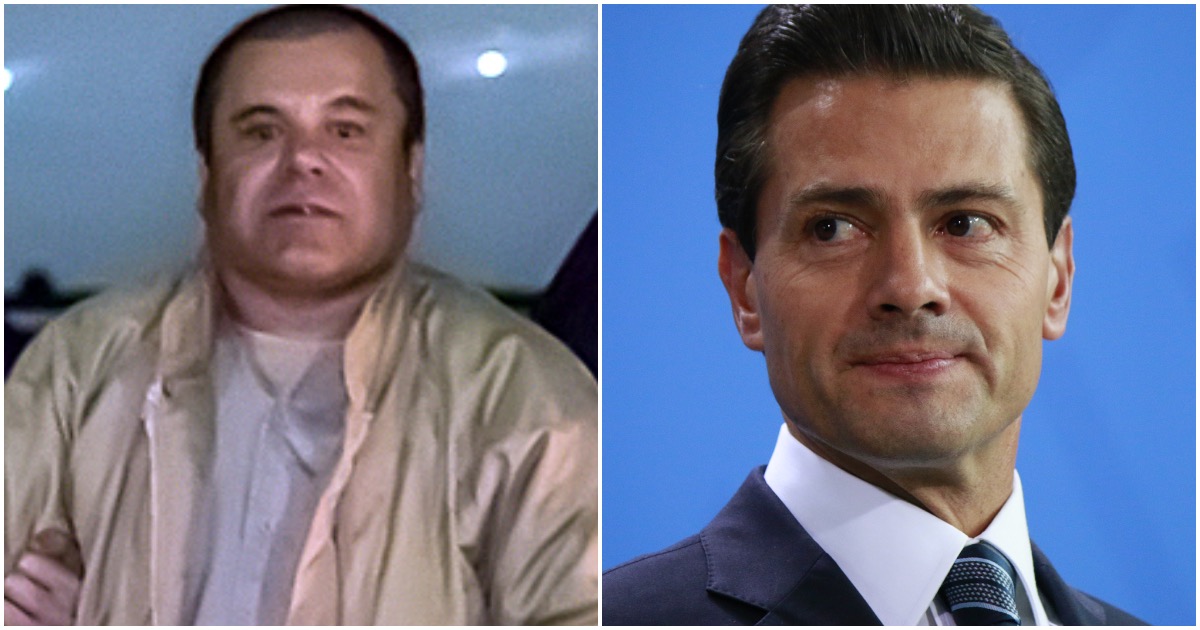 It’s not exactly a secret to claim that public officials in Mexico are corrupt.

To be fair, public officials in every country are corrupt.

And yet, Mexico stands on its own – along with pretty much the entire continent of Africa.

This was after Nieto asked for an initial $250 million!

The testimony was given by Colombian drug lord Alex Cifuentes Villa, who said that Peña Nieto first contacted Guzman “about the time he was elected president in late 2012, asking the drug lord for $250 million in exchange for calling off a nationwide manhunt for him,” The New York Times reported.

Cifuentes testified that Guzman paid off multiple Mexican officials and, on at least two occasions, “gave the Mexican military between $10 million and $12 million to launch operations to ‘either kill or capture’ associates of the Beltrán-Leyva brothers during his war with them.”

Senator Ted Cruz, who was recently elected to his second term in office, knows exactly how to pay for the border wall Democrats so desperately despise.

The Mexican government announced they are investigating the leak of a video that showed an October 2018 ambush by a Mexican drug cartel on a truck that was transporting four police officers.

“The video depicts the ambush killing of four officers of the Secretariat of Security of the State of Mexico (SSEM),” Robert Arce of Breitbart’s Border and Cartel team reported. “They were traveling on a mountain road in the municipality of Almoloya de Alquisiras on October 28 of this year at the time of their deaths.”