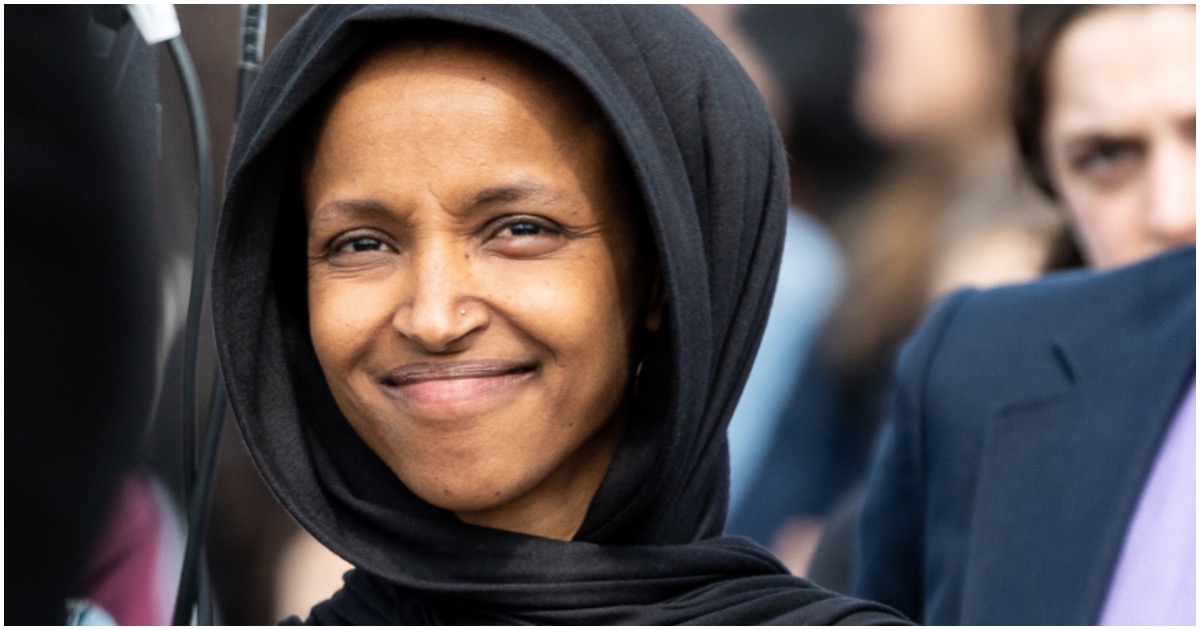 Democrats are so fond of America and the rule of law that they have no problem abusing either one.

Check out what a liberal newspaper is reporting on freshman Democrat Rep. Ilhan Omar (MN), via Star-Tribune:

New investigative documents released by a state agency have given fresh life to lingering questions about the marital history of Rep. Ilhan Omar and whether she once married a man — possibly her own brother — to skirt immigration laws.

Since the recent findings of the campaign finance board that discovered Omar had improperly used campaign money to pay a lawyer to fix her tax filings, the Star Tribune searched public records — including available databases, the marriage and divorce filing, business licenses, university records and other documents — and could find little publicly available information about Elmi. The search of records could neither conclusively confirm nor rebut the allegation that he is Omar’s sibling.

Sent a list of questions and a request to talk to her siblings and father, Omar declined to do so. Hirsi did not reply to multiple calls, texts and e-mails. Social media posts indicate Elmi is in Africa. He did not respond to multiple e-mails.

Omar’s reticence is consistent with near total silence she has maintained for three years amid questions raised through public records picked over by conservative opinion journalists intent on proving that she committed immigration fraud. Those attacks, she once tweeted, are the provenance of “fake journalists on bigoted blogs.”

The freshman lawmaker, of course, filed joint tax returns with a man who wasn’t her husband even though she was legally married to someone else.

As is typical with tthe left, emails reveal Omar’s team was looking to shut down the negative press by silencing a journalist.

My God. Props to @bloisolson for sharing.

“Does anyone in the team have a relationship with Blois? Someone should probably reach out to talk off the record and shut it down with him AS WE DO WITH THE STRIB” [emphasis added]

There are A NUMBER of concerning things here.

1. @IlhanMN's team attempting to shut down a legitimate inquiry into tax fraud by a local journalist.

2. Admitting verbatim that they have employed such tactics before for Minnesota's largest paper (@StarTribune)

3. @IlhanMN's campaign staff is SO unwilling to go on the record with reputable journalists (Can't speak more highly of @bloisolson) that they resort to finding a fixer who has a "relationship" with Blois to "shut down" the story.

There's got to be something nefarious here.

If @IlhanMN's fixer was able to shut down stories from the Star Tribune, imagine how many stories do you think they shut down from @MinnPost, @citypages, and others?