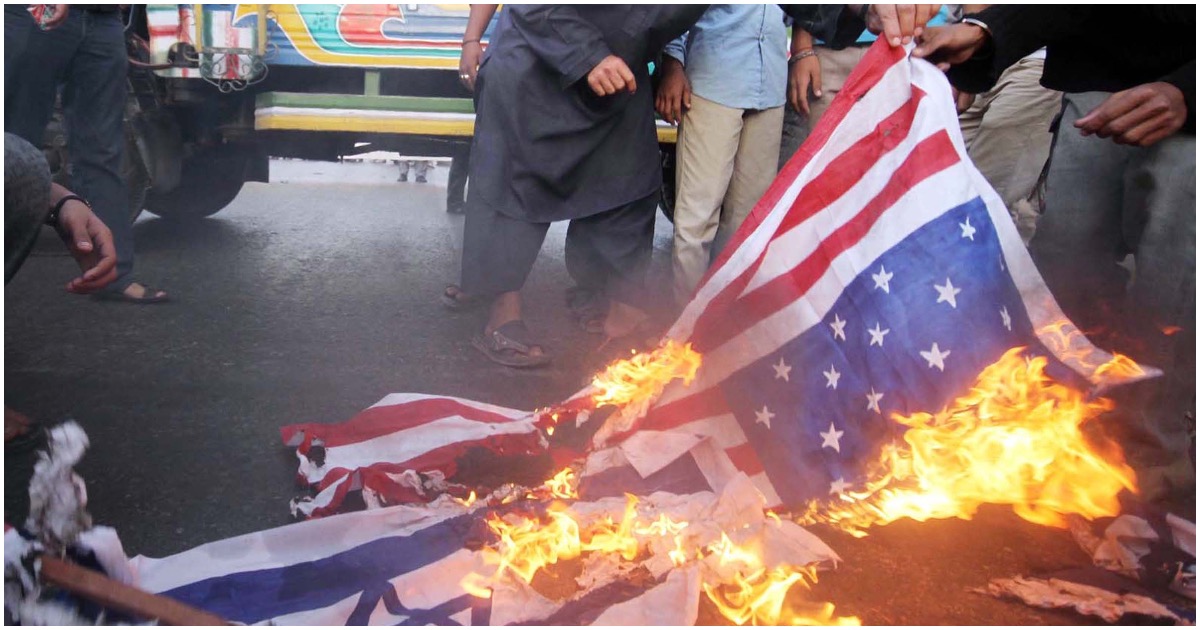 Are you an anti-American radical who enjoys burning Old Glory from time to time?

On Friday, Rep. Steve Womack (R-AR) and Sen. Steve Daines (R-MT) “introduced a Constitutional Amendment to give Congress the authority to prohibit burning the American flag,” according to Daines’ official website.

After her win in November 2018, Democrat Rep. Rashida Tlaib (MI) celebrated with the Palestinian flag.

Burning Old Glory or celebrating with the Palestinian flag.

Take a second to really think it over…

REPORT: Woman Who Might Replace Sarah Sanders As Press Secretary Is A ‘Stone-Cold Killer’