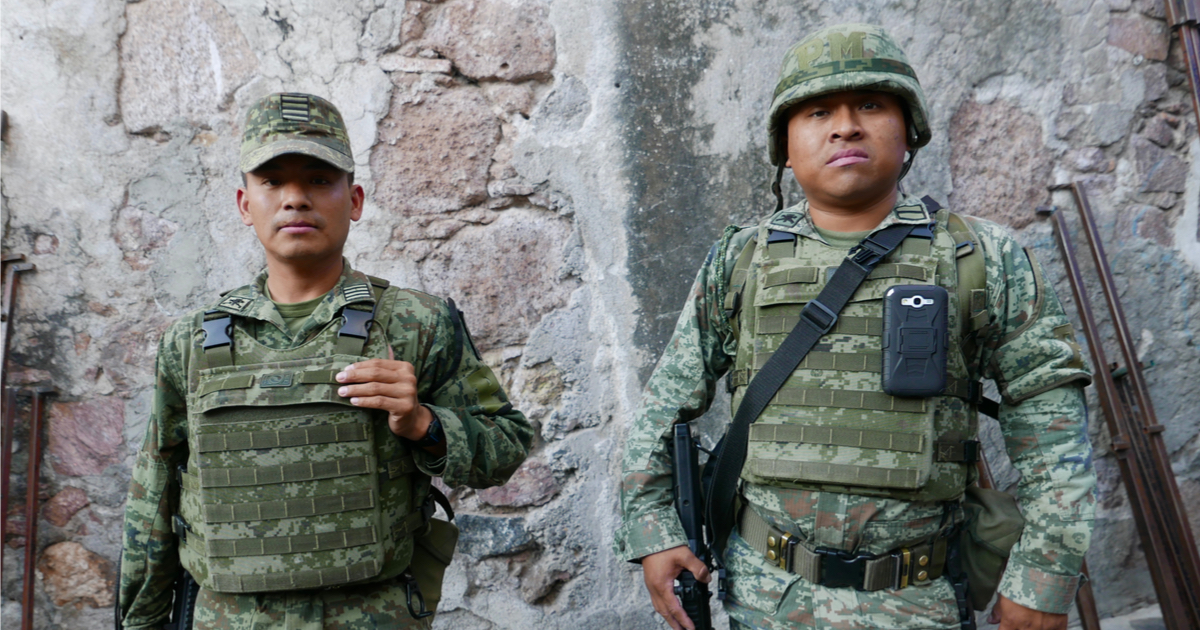 While the President continues to receive criticism for his portrayal of the dangers south of the US border, Mexican cartels are ramping up their operations with terrifyingly bold new maneuvers.

On the campaign trail, and long since, President Trump has been keen to warn Americans about the dangers of open borders, particularly due to the activity of these criminal gangs.  The left called him a “bigot” and a “racist” for his effort, calling back to these comments time and again as a way to disparage the Commander in Chief.

And while we all love the country of Mexico and its people, there is no doubt whatsoever that danger lurks in the deserts just south of Texas thanks to the uncontrollable and ultraviolet Mexican drug cartels who use America like their own personal ATM.  They slip drugs in, and extract cold, hard cash.

Scarier still is the fact that nothing seems able to stop these cartels…not even the Mexican military.

An ambush by gunmen from a faction of Los Zetas killed one Mexican soldier and injured two others in Nuevo Laredo. Three attackers working for a convicted terrorist also died in the incident just south of Laredo, Texas.

Mexican military officials have not released any information on the attack, however unofficial sources with direct knowledge revealed to Breitbart News the attack took place along the highway that connects Nuevo Laredo and Monterrey. Moving in various SUVs, a team of gunmen with the Cartel Del Noreste (CDN) faction of Los Zetas attacked a convoy of soldiers patrolling the streets of Nuevo Laredo. The shooters killed one army lieutenant and injured two others.

Citizen journalists using the Twitter account @Lpueblo2 or La Voz Del Pueblo (“The People’s Voice”) warned residents away from the Palmares neighborhood when the ambush began. A video recording shared by @Lpueblo2 captured the sounds of the clash as the two sides exchanged gunfire.

The incident happened only a few miles south of American soil, as a heated argument over border security continues to rage in Washington DC.

POTUS Mans His Twitter Turret to Light Up McCabe, Rosenstein, and The Deep State