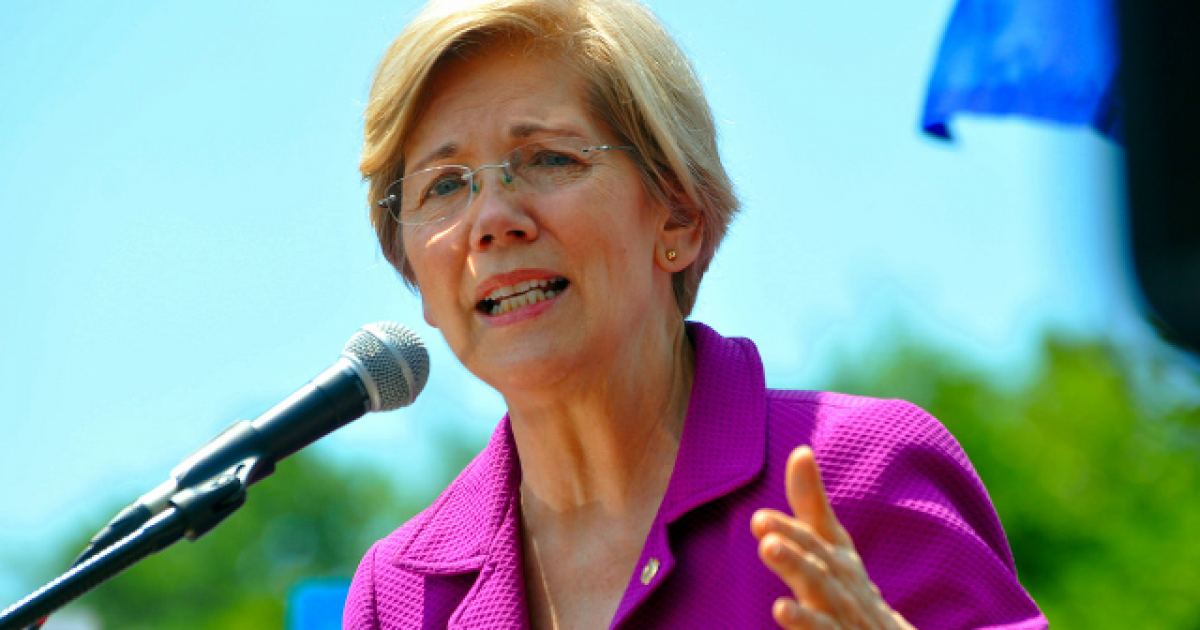 The Boston Globe has been caught with their hand in the proverbial cookie jar, having changed the title of an article they published about Sen. Elizabeth Warren in order to benefit her.

If this isn’t all the proof you need that the mainstream media is in bed with the Democratic Party in this country and serves as their propaganda wing, what in the world is it going to take to convince you?

On Monday, The Boston Globe published the findings of its “exhaustive review” of evidence surrounding Elizabeth Warren’s use of her refuted claims that she is Native American to promote her academic career. But a significant headline change suggests that the outlet was uneasy about how it initially framed the story.

“Did claiming Native American heritage actually help Elizabeth Warren get ahead? No, but it’s complicated,” the original headline read. But in a notable revision, the Left-leaning outlet scrubbed any reference to Warren “claiming to be Native American” and eliminated all “confusion”:

“Ethnicity not a factor in Elizabeth Warren’s rise in law,” the revised headline reads.

Here are screenshots of the two versions of the headline (via Twitchy):

*Interesting* change of headline by @BostonGlobe from "it's complicated" about Elizabeth Warren to definitive No re whether her claim to be minority helped her pic.twitter.com/QzEJtxZWPH

Though the Boston Globe made the notable change to the title, it did at least make reference to the original in a tweet promoting the story:

In its report, The Boston Globe reveals that faculty members were being pressured by activists to make hiring decisions in part based on identity politics. Warren was already calling herself a Native American when she was at Penn before applying to Harvard, so even if the evidence — most of which was released to the Globe by Warren — doesn’t show her labeling herself Native American until after she was hired, it’s hard to believe that professors weren’t somehow aware of the claim. That said, the professors involved in the decision who the Globe managed to speak with all insisted her ethnicity was not a factor in their decision-making.

“The Globe closely reviewed the records, verified them where possible, and conducted more than 100 interviews with her colleagues and every person who had a role in hiring decisions about Warren who could be reached. In sum, it is clear that Warren was viewed as a white woman by the hiring committees at every institution that employed her,” the Globe’s Annie Linsky concludes.

The original intended point of a free press is to both provide facts on important issues so that citizens can make informed decisions in both life and politics, as well as holding elected officials accountable for their actions.

To carry out such a mission requires adherence to a set of ethics that will enable one to remain objective, fair, and balanced. Unfortunately, it seems that folks in the media have abandoned such thinking, opting instead to be servants and slaves of the progressive agenda.