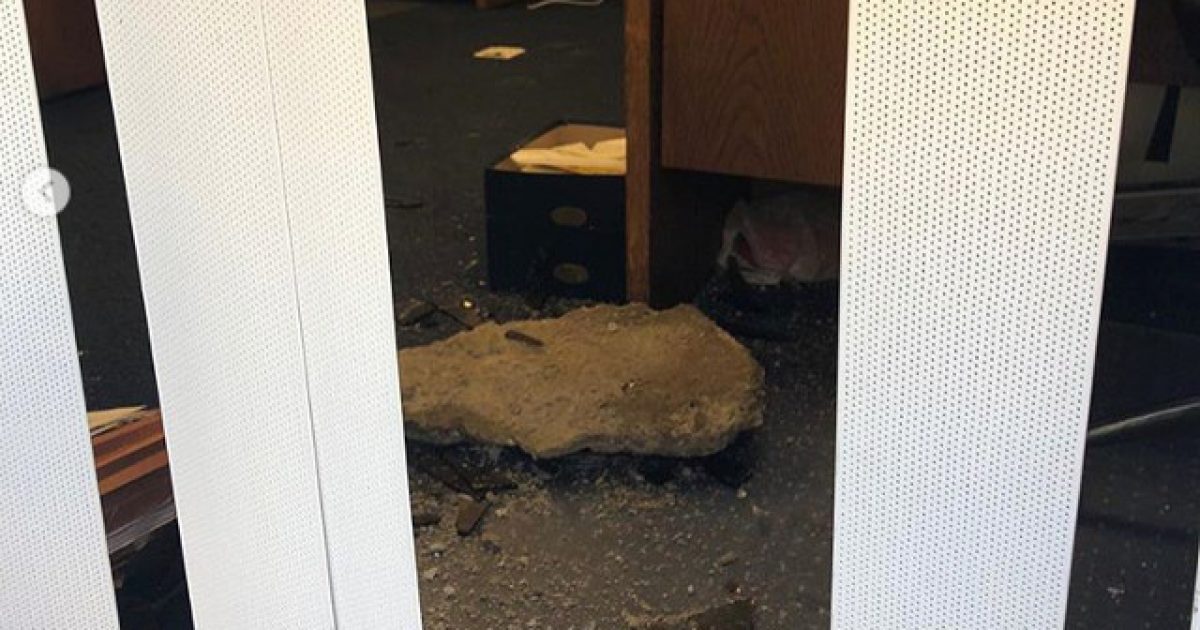 Late on Monday night, a large boulder was tossed through a window of the Bakersfield, California office of House Majority Leader Kevin McCarthy. However, the vandals didn’t stop there. They also entered the office and stole a bunch of office equipment.

McCarthy took action and has posted several photographs on social media, which might have now led to the identification of the suspects responsible for the incident. Three photos showed two men who were near the office, while the fourth picture shows the boulder sitting in the office after being thrown through the window.

One of the men sported a bright pink backpack, shorts and a bright green baseball cap; the other wore a sweatshirt, dark-colored jeans, and sneakers.

Similar to other GOP politicians, McCarthy has been targeted recently; in August he was featured at an event at the Public Policy Institute of California, where protesters disrupted the event, according to Fox News.

Evidence of McCarthy’s closeness to President Trump abounds. Trump started referring to him as “my Kevin” during the last stages of the 2016 presidential campaign, when McCarthy would phone Trump to update him on what was going on in Congress and to offer advice.

The president and majority leader talk frequently, with Mr. McCarthy walking Mr. Trump through the House’s legislative process and working to establish reasonable expectations on how quickly the chamber can move, according to House GOP lawmakers and aides. Mr. McCarthy’s experience in the California State Assembly working with then-Gov. Arnold Schwarzenegger has left him better equipped than most to deal with a celebrity president, lawmakers said …

Could this have been a politically motivated act? Sure. Given the track record of leftist protest groups like Antifa, this sort of thing would not at all be surprising from radical progressives.

However, it also could end up being just a plain robbery. Regardless, let’s hope law enforcement officers are able to track these guys down and bring them to swift justice for their crimes.

Trump and Cruz Pack Out MAGA Rally, Get the Crowd Super Pumped

Democrat Senator Outs Survivors, Now Her Poll Numbers are Crashing Through the Floor