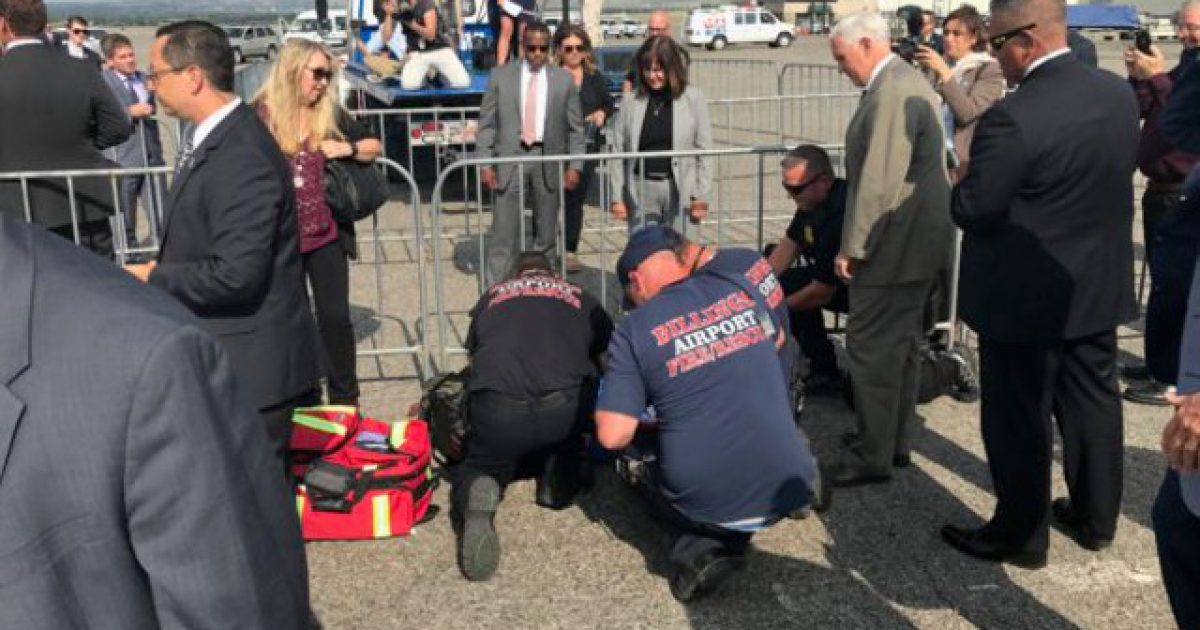 Vice President Mike Pence, a man the left loves to mock for the “Pence rule” and who they claim is an evil, wicked man who hates homosexuals, recently rushed to the aid of a young boy who passed out while waiting for his arrival in Billings, Montana on Tuesday.

Pence arrived at Billings Logan International Airport on Tuesday evening where he planned to attend a fundraiser for GOP senate candidate Matt Rosendale. The boy apparently suffered heat exhaustion or something of that nature and passed out while the vice president de-boarded the plane.

Pence and his security detail reportedly rushed to the aide of the young boy, wading through a crowd of people to get to him. 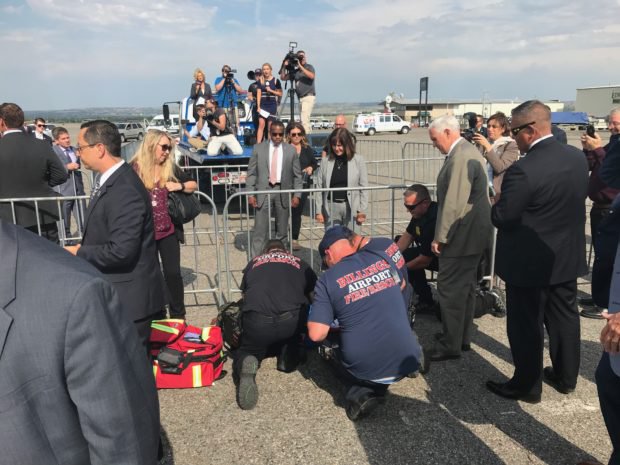 The boy ended up being okay and got up from the ground to take a photo with the Pence family, even throwing a thumbs up sign to the camera. 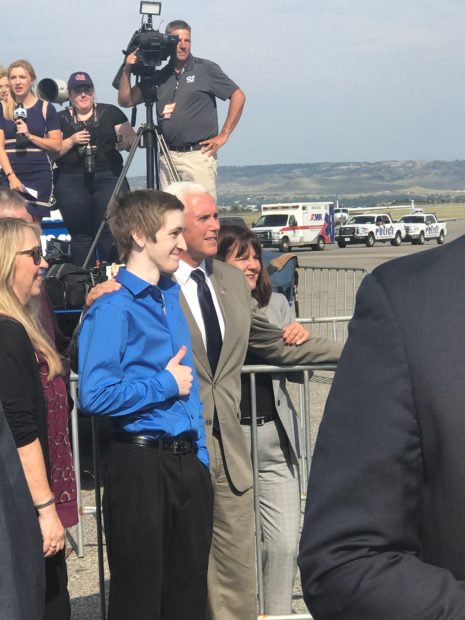 This is a prime example of just how caring our vice president really is. He’s a true Christian believer who didn’t for one second allow his position or “importance” get in the way of rushing to the aid and service of a citizen in need.

This is the kind of quality you want a public official to have when they serve in such a high office. Many politicians today have forgotten that they are not above the common folk. The common folk are, in reality, the bosses over those in Congress at all levels. They serve us and our interests. This is the reason why it’s called “public service.”

Hopefully, Pence’s example will rub off on others who are working in Congress and serve up a helpful reminder for everyone of what it looks like to truly be a servant of all.