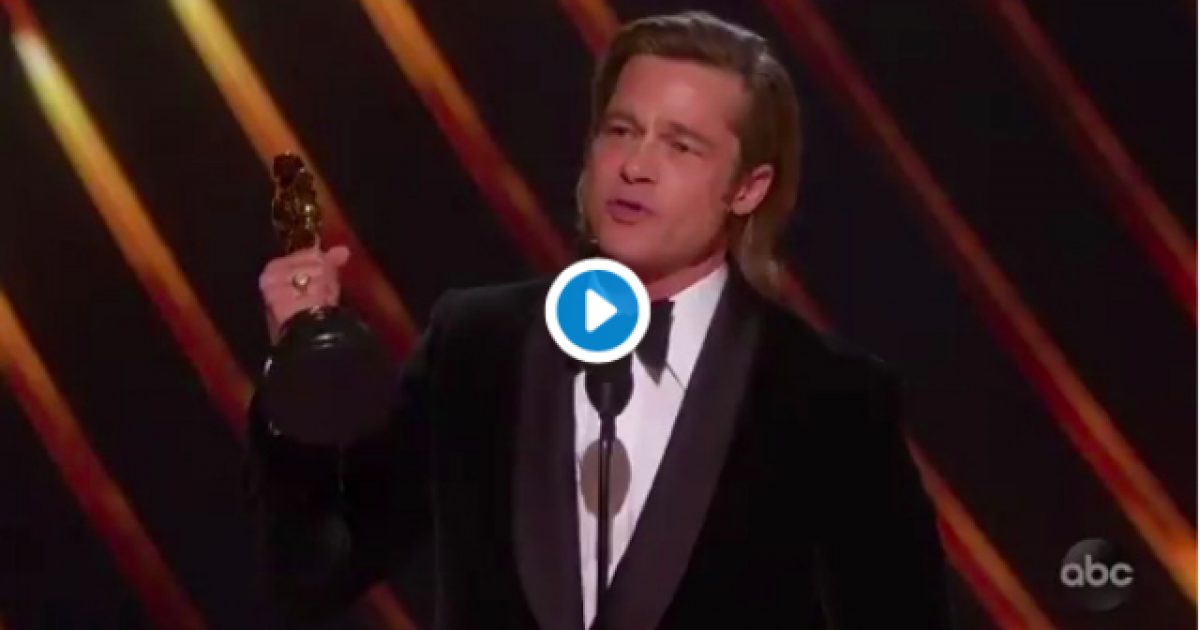 One of the reasons a lot of conservative folks don’t tune in to the Oscars is because the leftist elites who run Hollywood use the program as a means of voicing their political views, something the vast majority of folks really don’t care about.

One such individual who decided to live up to the expectations people have about the Academy Awards was actor Brad Pitt, who usually isn’t all that outspoken about his politics.

Pitt, who won an award for best-supporting actor for his role as a stuntman in “Once Upon A Time In Hollywood,” took an opportunity during his acceptance speech to take a jab at the U.S. Senate over not giving John Bolton a chance to testify.

The four-time Academy Award nominee won the best-supporting actor accolade for his role as a stuntman in “Once Upon a Time in Hollywood.” The win marked his first-ever Academy Award win for acting. He immediately took the stage and got political by taking a jab at senators who voted against Democrats’ requests to call new witnesses in the impeachment trial, specifically former National Security Adviser John Bolton, who claimed he was willing to testify.

“They told me I only have 45 seconds up here, which is 45 seconds more than the Senate gave John Bolton this week,” Pitt said. “I’m thinking maybe Quentin [Tarantino] does a movie about it. In the end, the adults do the right thing.”

No new witnesses were called in Trump’s impeachment trial, for which he was ultimately acquitted by the Senate in a vote across party lines, with the exception of a lone Republican vote to convict coming from Sen. Mitt Romney.

A few other actors went political in their speeches, including Joaquin Phoenix who gave a rather bizarre statement about not drinking cow’s milk and other animal rights related issues before finally coming back to being normal.

Pete Buttigieg in Iowa – A Victory Or A Sign Of Decline? [Opinion]

Rep. Ilhan Omar Calls For GI Bill To Be Given To All Americans, Even If They Didn’t Serve