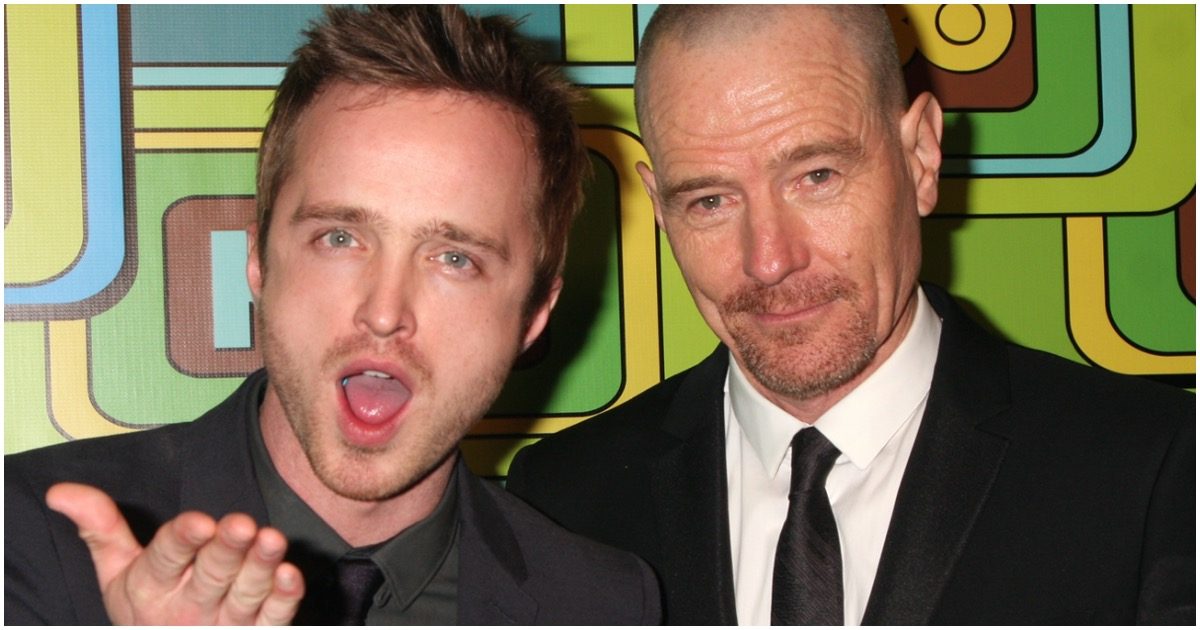 There are probably a few people out there who have binged all five seasons of “Breaking Bad” during lockdown, whether it was their first or second time enjoying the series.

Walter White, played by actor Bryan Cranston, is one of the greatest characters in television history – and that is virtually inarguable.

Cranston decided to put out a tweet on Monday that will likely disappoint a number of conservatives, if there are any left who actually care about an actor’s opinion. 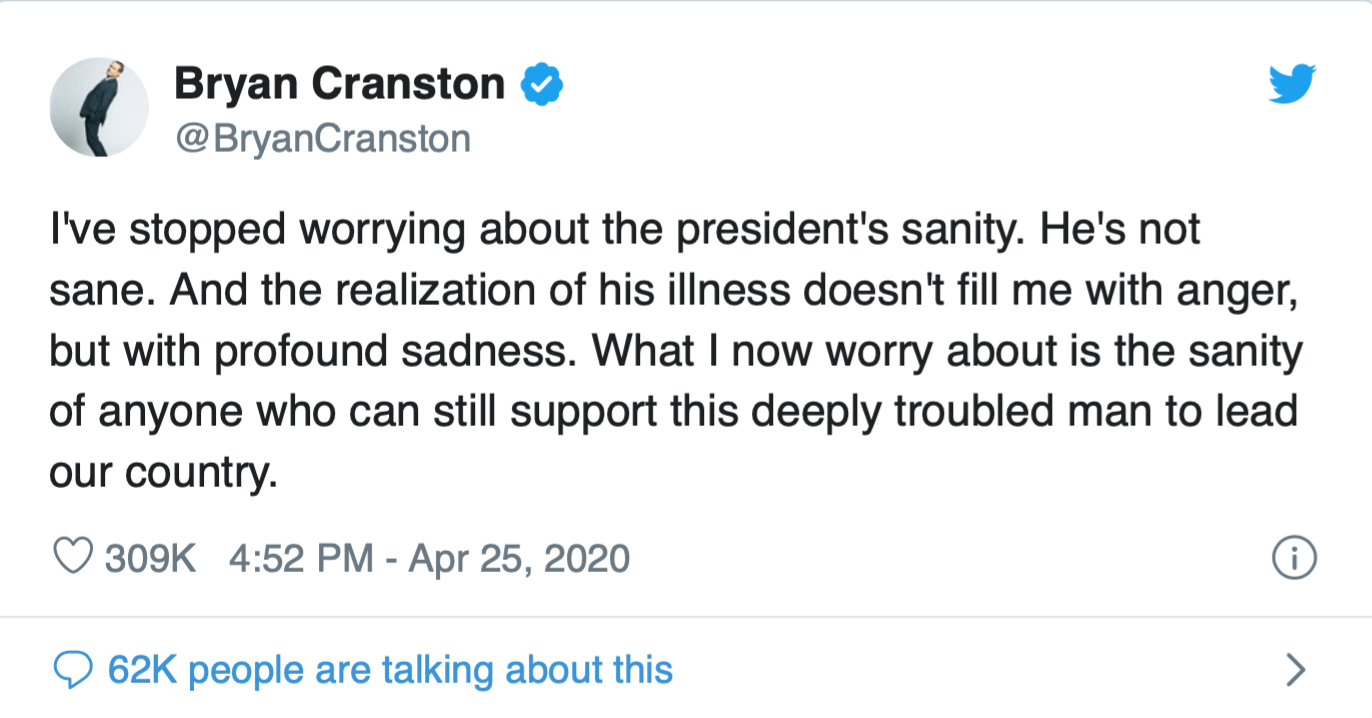 Last year, while accepting the award for Best Actor at the Tony Awards for his portrayal of Howard Beale in the stage production of the film ‘Network’, Cranston also unleashed criticism on the president.

There are probably quite a few “Star Wars” fans out there who will vote for President Trump in 2020.

Most probably don’t love that Han Solo himself, Harrison Ford, is an anti-Trump political know-nothing. But those people will push through anyway because they love the Skywalker saga.

Well, if that’s the case and you are one of those people, you’re going to have to do the same thing with Rey, portrayed by Daisy Ridley.

She thinks if you support Trump you are literally insane.

In the same interview, Ridley said that she does not like talking about her political opinions, though she did knock British Prime Minister Boris Johnson, while adding that “sane” people have issues with President Trump.

Ridley noted (BOLD MINE), “No. I don’t feel I have to edit what I say – the things that make me angry are the things that make everyone angry. Everyone is annoyed with BoJo. Everyone has an issue with Trump – every sane person anyway. It’s not that I don’t talk about this stuff, but other people are so much more articulate than me and say it better.“

Trump Confirms He Knows Kim Jong-Un’s Condition: You Will Hear In ‘Not Too Distant Future’