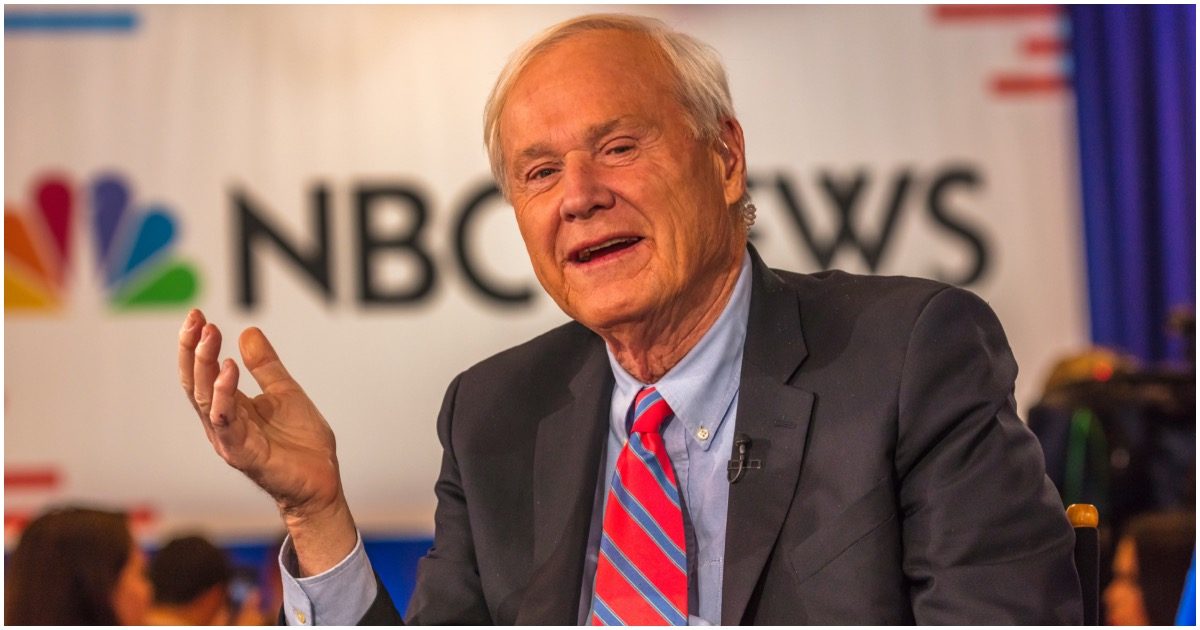 MSNBC doesn’t exactly become a watchable network now that Chris Matthews has decided to “retire.” But they aren’t exactly losing that much, either. Matthews was always a character and on Monday, he announced he will be leaving.

MSNBC host Chris Matthews announced his retirement from the network on Monday night after more than 20 years at the left-leaning cable channel.

Matthews noted, “Let me start with my headline tonight: I’m retiring. This is the last Hardball on MSNBC, and obviously this isn’t for lack of interest in politics. As you can tell, I’ve loved every minute of my 20 years as host of Hardball. Every morning I read the papers and I’m gung-ho to get to work. Not many people have had this privilege. … I’m very proud of the work I’ve done here.”

Longtime MSNBC host Chris Matthews was absent from the network’s live coverage of the South Carolina primary on Saturday, one day after being accused of sexual harassment by GQ columnist Laura Bassett.

Among other allegations, Bassett in a GQ opinion piece published Friday claimed Matthews told a network makeup artist to “keep putting makeup on her” and asked, “Why haven’t I fallen in love with you yet?”

In 2017, I wrote about a cable news host being gross and inappropriate with me. I was afraid to name him at the time. I'm not anymore; it was Chris Matthews! And his sexist exchange with Warren this week inspired me to revisit those moments and name him https://t.co/oBWXXJDPhR

Here are a couple recent blunders from Chris…

Chris Matthews just compared Bernie Sanders, a Jewish man whose relatives were killed by the Nazis, to the Nazi army. He should be fired immediately. #FireChrisMatthews https://t.co/Z6irGFuXK4

Now, though, a lot of Dems are beginning to realize they don’t have anyone who can take down the juggernaut that is President Trump.

After all, Trump supporters are just as anxious to keep POTUS in office as they were to get him into office years ago.

Matthews wants California Rep. Adam Schiff (D) to get into the race. That’s how desperate they’re getting.

Matthews appeared on “Morning Joe” to explain to the other liberal hosts and guests that not one presidential hopeful has a chance against Trump in November.

It’s nice to see some honesty from the liberal press for a change.

The candidates pushed too far left and don’t have the kind of support they assumed they’d have.

Supreme Court To Decide What Will Happen With Obamacare; Will Make Healthcare An Issue In The Election