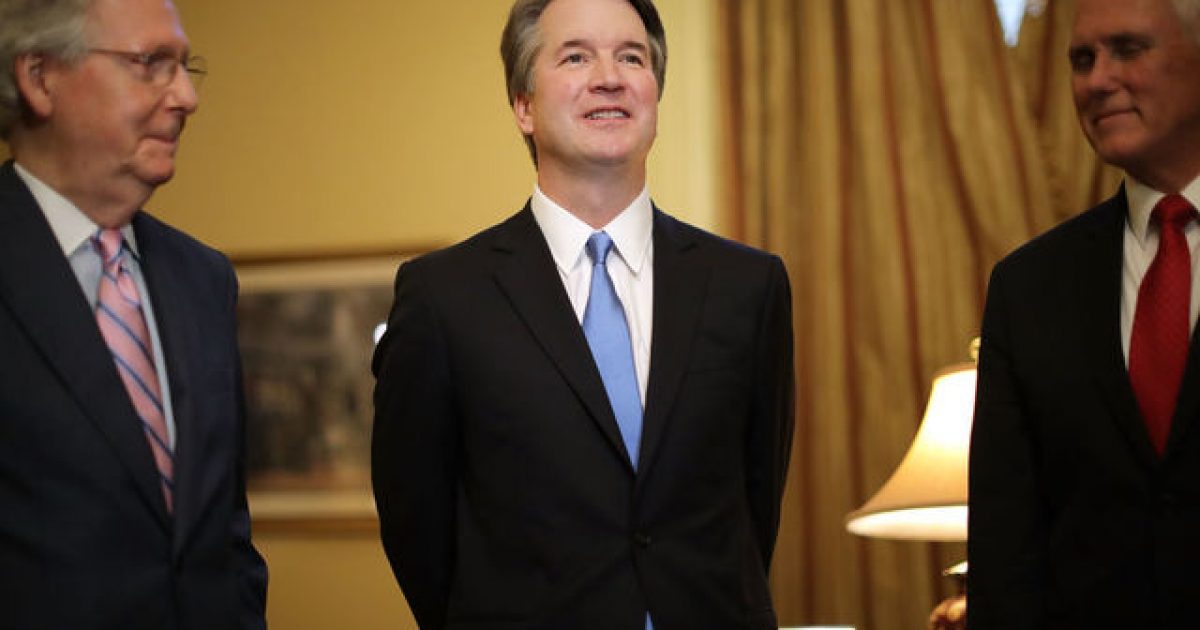 If we have learned anything from the #MeToo movement, it’s that when a man is guilty of that which he has been accused, he is likely to apologize and say he “remembers it differently” than his female accuser.

One man with some of the most explosive accusations made against him, Brett Kavanaugh, has emphatically denied every single detail of that which has been accused, while also making sure to affirm that he believes the women accusing him were assaulted…just not by him.

Ford may very well have been assaulted, and the men who did so have now come forward.

And they are most certainly not Brett Kavanaugh and Mark Judge.

Politico congressional reporter Burgess Everett posted on Twitter Wednesday evening that: “Committee staff have a second interview with a man who believes he, not Judge Kavanaugh, had the encounter with Dr. Ford in the summer of 1982 that is the basis of her allegation. He described his recollection of their interaction in some detail.”

Judiciary is also talking to someone who thinks he forced himself on Dr. Ford not Judge Kavanaugh pic.twitter.com/NJGRyMiW47

Elana Schor, also from Politico, posted around the same time that the Judiciary is also set to speak with a man who believes he was the assailant.

This revelation comes just as a third accuser has come forward with an incredibly weak accusation, the Daily Wire notes:

The news comes after reports surfaced late on Wednesday about Julie Swetnick, the woman represented by hyper-partisan lawyer Michael Avenatti, who claims that she witnessed Kavanaugh participate in gang-rapes.

Swetnick sued her previous employer for sexual harassment using a law firm run by Debra Katz, the lawyer for Christine Blasey Ford, one of Kavanaugh’s other accusers.

A separate report further damaged her credibility after it was revealed that her ex-boyfriend had filed a restraining order against her and noted that she’s “not credible at all.”