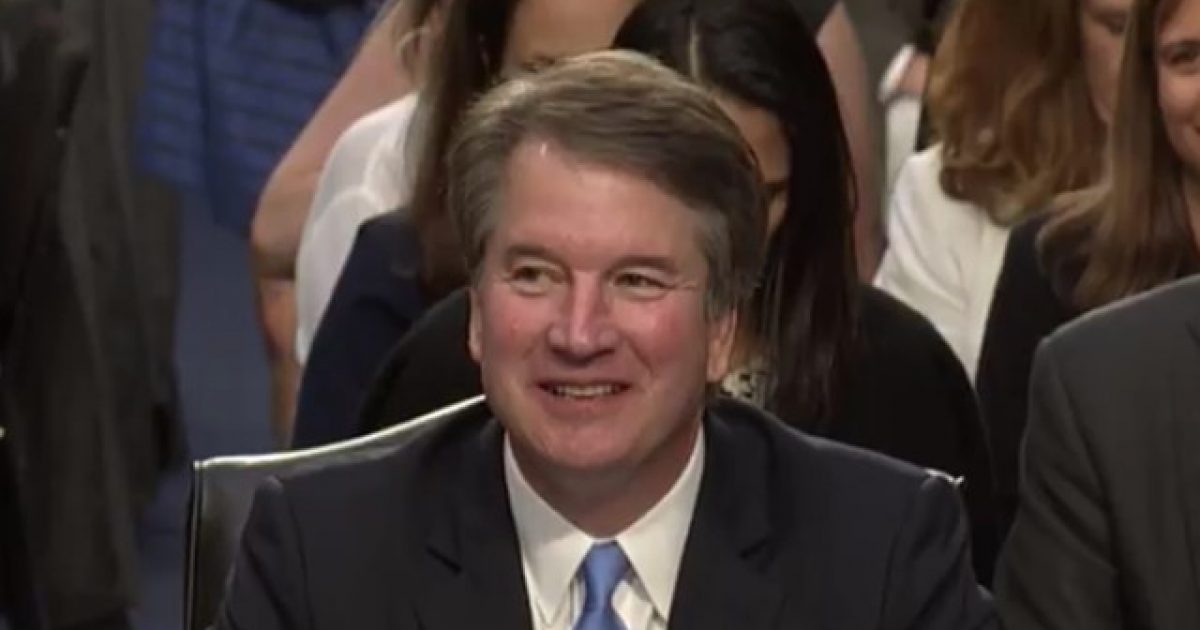 GOP Sen. Chuck Grassley recently announced on Thursday morning that there was no hint of misconduct on the part of SCOTUS nominee Brett Kavanaugh in the FBI report that was released to the Senate Judiciary Committee this morning, which is absolutely excellent news for liberty lovers across the country.

Grassley stated, “There’s nothing in it we didn’t already know.”

The FBI wrapped up its investigation into the uncorroborated claims against Kavanaugh on Wednesday and gave its findings to the White House, which reviewed the report then made it available to the Senate Judiciary Committee. Grassley was given a chance to review the report first at 8 a.m. Thursday morning. The ranking Senate Democrat, Dianne Feinstein, was given access at 9 a.m.

After reviewing the report, the White House expressed confidence that its findings will result in the confirmation of Kavanaugh.

“The White House has received the Federal Bureau of Investigation’s supplemental background investigation into Judge Kavanaugh, and it is being transmitted to the Senate,” said White House spokesman Raj Shah. “With Leader [Mitch] McConnell’s cloture filing, Senators have been given ample time to review this seventh background investigation. This is the last addition to the most comprehensive review of a Supreme Court nominee in history, which includes extensive hearings, multiple committee interviews, over 1,200 questions for the record and over a half million pages of documents. With this additional information, the White House is fully confident the Senate will vote to confirm Judge Kavanaugh to the Supreme Court.”

President Trump has emphatically expressed his support of Kavanaugh and due process since the White House reviewed the FBI report:

The harsh and unfair treatment of Judge Brett Kavanaugh is having an incredible upward impact on voters. The PEOPLE get it far better than the politicians. Most importantly, this great life cannot be ruined by mean & despicable Democrats and totally uncorroborated allegations!

This is a very important time in our country. Due Process, Fairness and Common Sense are now on trial!

This is now the 7th. time the FBI has investigated Judge Kavanaugh. If we made it 100, it would still not be good enough for the Obstructionist Democrats.

At this point, it’s time for the Senate Judiciary Committee to stop giving in so much to Democrats and force the vote as soon as possible to confirm Kavanaugh. It’s obvious that the left has been doing their level best to try and delay these proceedings for their own political gain.

VIDEO: Ocasio-Cortez Apparently Thinks She’ll be ‘Inaugurated’ to Congress if She Wins. This is Too Funny.