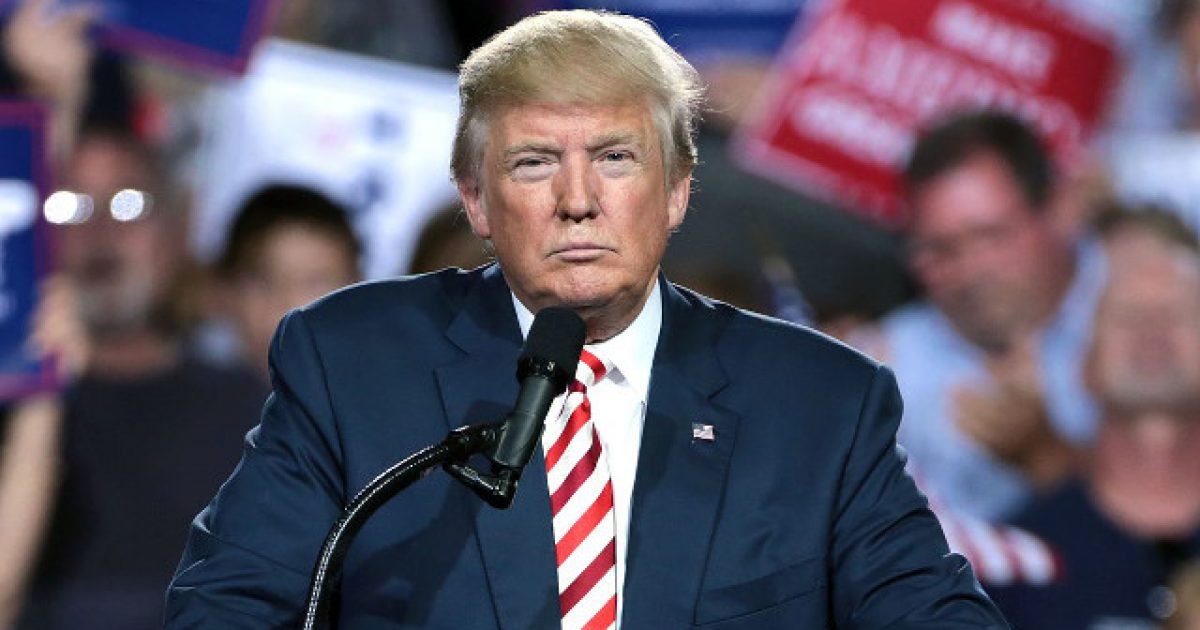 President Donald Trump, who was due to have a summit meeting with Kim Jong Un, dictator of North Korea, has decided to cancel the June 12th meeting in a letter on Thursday. 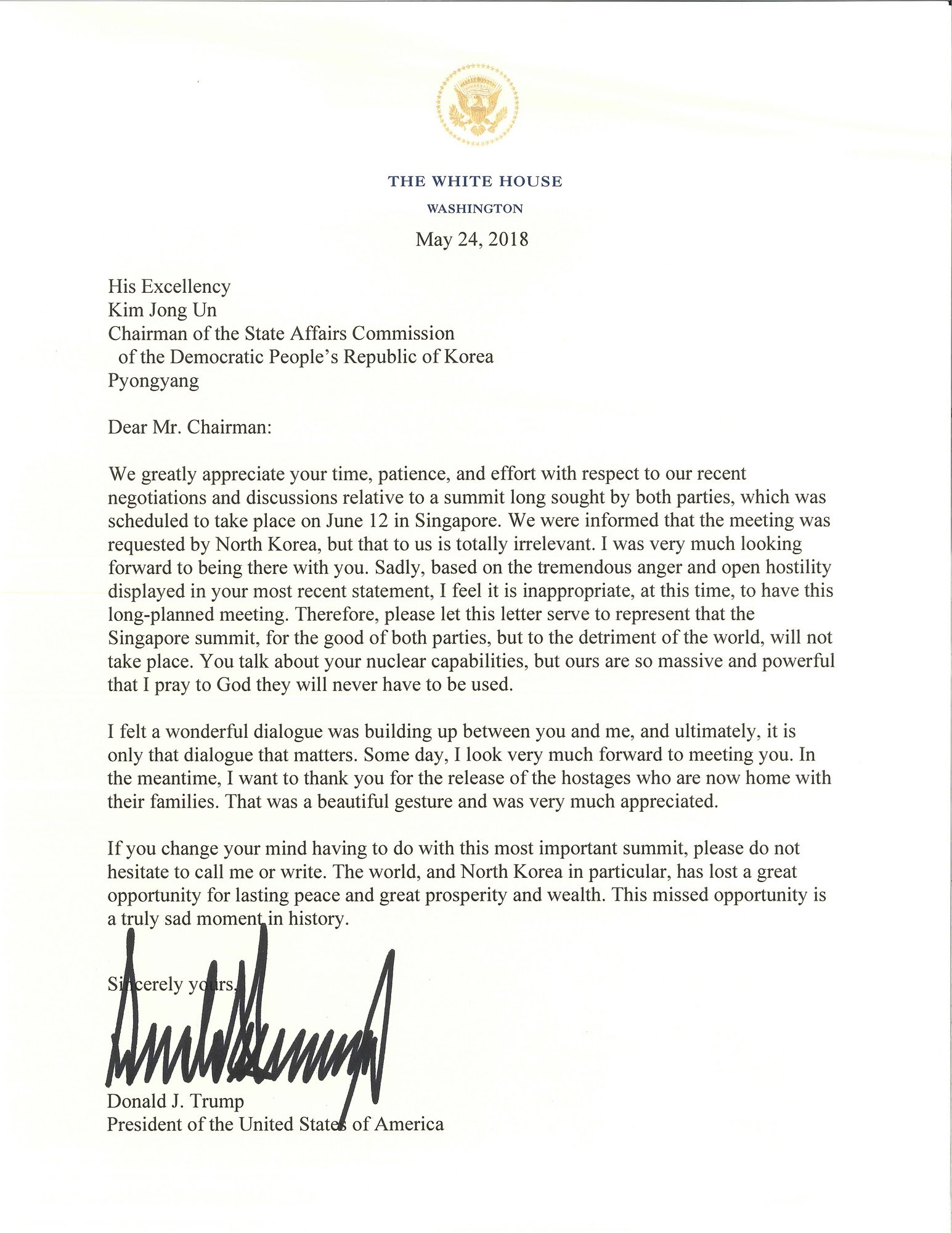 The president referenced recent incendiary comments from North Korea about Vice President Mike Pence. “Sadly, based on the tremendous anger and open hostility displayed in your most recent statement, I feel it is inappropriate at this time, to have this long planned meeting.

North Korea blasted Pence for recent comments referencing the possibility of dismantling Kim Jong Un’s regime if it refuses to de-nuclearize and referencing its nuclear stockpile. The regime said “I cannot suppress my surprise at such ignorant and stupid remarks gushing out from the mouth of the U.S. vice-president,” adding “we could surmise more than enough what a political dummy he is as he is trying to compare the DPRK, a nuclear weapon state, to Libya that had simply installed a few items of equipment and fiddled around with them.”

North Korea also threatened the U.S. saying “to borrow their words, we can also make the U.S. taste an appalling tragedy it has neither experienced nor even imagined up to now.”

Trump noted that he still hopes to meet Kim Jong Un at some point if their regime agrees to the terms set out by the U.S. and said if he changes his mind that they should not hesitate to reach out. The president thanked the North Koreans for releasing three U.S. hostages detained by the regime under false pretenses.

Wow, so this is a crazy development, right?

At the end of the day, one can see there might be a bit of strategy at play here. Kim Jong Un doesn’t like the idea of being told what to do, of having to submit to any sort of authority outside of his own, and it seems likely he felt Trump and the United States were simply gaining too much power over him.

Thus, he and his government made these remarks, thinking it would restore their power, but in fact, Trump responded in such a way as to leave them exactly where they were before, maybe even a bit more neutered.

Hopefully, North Korea will learn to respect other countries and their leadership, apologize for their remarks and open negotiations once again.